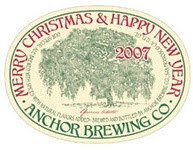 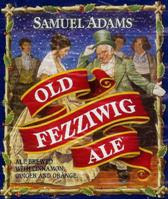 Over at SFFWorld.com, we are running our annual member poll for favorite reads of 2007.

Hobbit also posted the first part of SFFWorld's annual review., wherein we discuss the books, authors, films, and events in Speculative Fiction. In the past, it was just Hobbit and I who put this thing together. This year we invited some of the regular visitors/bloggers from the forum: Adam/Werthead (http://thewertzone.blogspot.com/), Deornoth/Graeme (http://www.graemesfantasybookreview.com/), Robert/Cervantor (http://fantasybookcritic.blogspot.com/), and Aidan/'al Kael (http://www.aidanmoher.com/blog/).

I finished Robert Charles Wilson's Spin a couple of days ago, and had it fit the eligibility rules we set in place, I might have given it one of my top spots. This book was as good as everybody said it was, not the least of whom are Stephen King and the people who awarded it the Hugo award.

This was an epic book filled with human, well drawn characters who had to deal with earth-shattering (or rather earth-encompassing) events. Diane (the primary female character) seemed to get a bit of the short end of the stick, compared to the other two characters. I think that is mainly due to the smaller amount of screen time given to her character compared to Jase (her brother) and Tyler (narrator/protagonist). That being said, her character in its absences, still exhibited a certain power that neither Jase or Tyler did.

I think the title was a metaphor of sorts, and maybe an inverse metaphor. People are constantly told to stop and not let the world pass by them. In this case the world was stopped and the life, the universe, and everything nearly passed by us. Or so it seemed for much of the novel. I also saw the metaphor of how the story began and ended, for the most part, at the same location.

The political climate RCW depicted seemed very accurately presented. However, we didn't quite get to see the everyman's point of view of what happened. I suppose Tyler was intended to fit this role to a degree, but being the best friend of one of the most powerful men on the planet isn't so everyman.

On the whole, I really REALLY enjoyed this book. I thought it was an extremely human look at a near future where people were confronted with a technological event far beyond anything people in the world are capable of doing. I am not surprised it received the Hugo and think it will be considered a top SF book for a while. The ending was a little frustrating because I wanted to see what would happen next, but I also consider the ending to be appropriate.

The only other novel I've read by RCW is Darwinia, which I also enjoyed. The ending "event" reminded me of that novel. I will be picking up Axis, as well as some of his other backlist titles, as if I don't have enough unread books on the shelf.
at 12/16/2007 No comments:

Eye of Heaven, Wheel of Time

Seems I'm on a good-bad-good-bad streak with the books I've been reading lately. The latest review up at SFFWorld is a bad one, David Keck's In the Eye of Heaven. When the book first published last year, there was mostly positive buzz, with a couple of naysayers mixed in the buzz. Through most of the book, I was unable to care about the protagonist and what happned to him or any of the characters. Read the review for more. I told Pat this would be another book about which we would disagree.

In bigger news, of course is that Brandon Sanderson will be writing the last and concluding volume of The Wheel of Time. From what I've seen Sanderson really is becoming something of an heir apparent at Tor. He is finishing up the Mistborn series, plus I think he is contracted for another trilogy (or is it duology?) with Tor. His Mistborn novels, at least the first two, I found to be very solid. The guy, from all accounts, is a pro and churns out books at a very impressive pace. That said, there will of course be Jordan fans who won't be happy with this. Either way, I'm glad for Brandon and think Tor made a smart choice on this one.
at 12/10/2007 No comments:

Aliens, Assassins, and a new Arena

My latest review, Fleet of Worlds by Larry Niven and Edward M. Lerner is now up at SFFWorld. This was my introduction to Niven's Ringworld saga, as well as his novel-length fiction. I liked it quite a bit, have others read this and I'm interested to read how it stacks up against his other fiction, both the Ringworld novels and others.

Another very good book I just finished was Steven Brust's most recent Vlad Taltos novel, Dzur. I've been following Brust's witch-assasin and dragon-like familiar since Ace books decided to repackage his early novels in a few nifty omnibus volumes. It has been a few years since I last read one of the Vlad Taltos novels (Issola, to be precise) and I nearly forgot how much fun I have listening to Vlad, er rather Brust, tell me stories. Brust is a solid writer who should be getting more recognition and deserves a larger readership. When I read The Lies of Locke Lamora last year that something about Lynch's writing reminded me of Brust, not surpising considering both writer's protagonists are known for prodigiously sticking knives in people. That connection came even more strong after reading Dzur. So I can only HIGHLY recommend that people check out Brust's Taltos novels while waiting for the next Lynch book, starting with The Book Of Jhereg (the first Taltos omnibus) or Jhereg (the first Taltos novel).

Brust has acknowledged that his writing was influenced by Roger Zelazny and is an admitted fan of the legend's writing. Much of the plot Zelazny' Amber stories takes place through the conversations of the story's characters, Brust's Taltos novels are as well.

Outside of the Vlad Taltos novels, Brust "reimagined" Satan's revolt in Heaven in the entertaining To Reign in Hell. Brust also wrote a very well received vampire novel, Agyar as well as a collaboration with Emma Bull and one with Megan Lindholm.

Though not explicitly part of the Vlad Taltos series, Brust wrote a few books that take place in the Dragaeran empire, which is the setting for the Taltos novels. Collectively, these are known as the Khaavren Romances and are comprised of The Phoenix Guards, Five Hundred Years After, and The Viscount of Adrilankha, (published in three volumes: The Paths of the Dead, The Lord of Castle Black, and Sethra Lavode).

Like I said, Brust has been writing for a while and should definitely not be lost in the shuffle (so to speak) of all the new emerging writers.

For more information check out his Wikipedia entry.

I enjoyed my first NJ Devils game at the new Prudential Center on Friday. It, of course, didn't hurt that the Devils won 4-0 and Zach Parise got a Hat Trick. The arena is great looking, easy to get to via train and a VAST improvement over the Meadowlands. The seats are a bit small, but the design of everything, the Red/Black color scheme, and stylish concourse/entrance is really awesome.
at 12/04/2007 No comments: