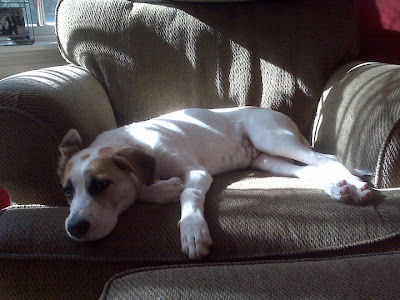 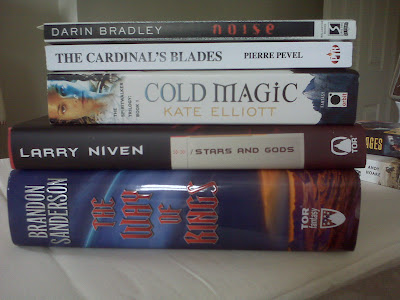 Noise by Darin Bradley; The Cardinal's Blades by Pierre Pevel; Cold Magic by Kate Elliott (I read most of her Crown of Stars series and really enjoyed it, and this looks very interesting, too); Stars and Gods by Larry Niven; The Way of Kings by Brandon Sanderson, (which I'm reading right now and really enjoying even if it has been taking me a while); in the background is Game of Cages by Harry Connolly and Hunt for Voldorius by Andy Hoare.
at 8/22/2010 No comments: 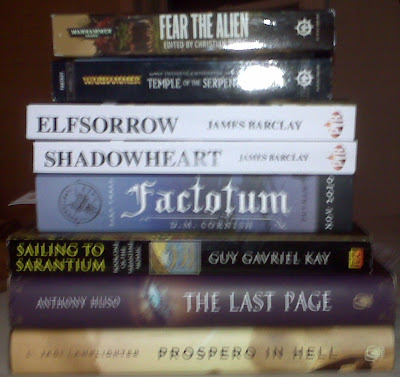 Fear the Alien edited by Christian Dunn; Temple of the Serpent by C.L. Werner; Elfsorrow and Shadowheart by James Barclay (I was chuffed to see my name in the acknowledgments!); Factotum by D.M. Cornish (I read the first, have the the third, need the second but I'd like to revisit the books), Sailing to Sarantium (re-issue) by Guy Gavriel Kay, The Last Page by Anthony Huso (I'm really looking forward to this one); and Prospero in Hell by L. Jagi Lamplighter.
at 8/16/2010 No comments: 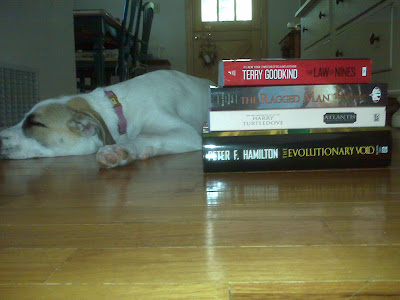 Sully, my three-and-a-half month old Great Pyrenees and the-rescue-organization-says-Lab-but-we-think-Pointer/Hunting-Dog puppy, asleep after helping with yard work, with this week's arrivals:

The Evolutionary Void by Peter F. Hamilton (I received the ARC back in May), which I'll likely get to this month; Atlantis and Other Stories by Harry Turtledove; The Ragged Man by Tom Lloyd; and The Law of Nines by Terry Goodkind, in one of those awkward and annoying 'tall' paperbacks.
at 8/08/2010 No comments:

Another week, another batch of reviews at SFFWorld. Mark has been picking up the slack big time and posted two reviews since last week, while I posted one.
First up is Mark’s review of Wolf’s Cross by S. Andrew Swann. This book is a follow up to one of my surprise books from last year Wolfbreed. Here’s a snippet from my review of Wolf’s Cross: 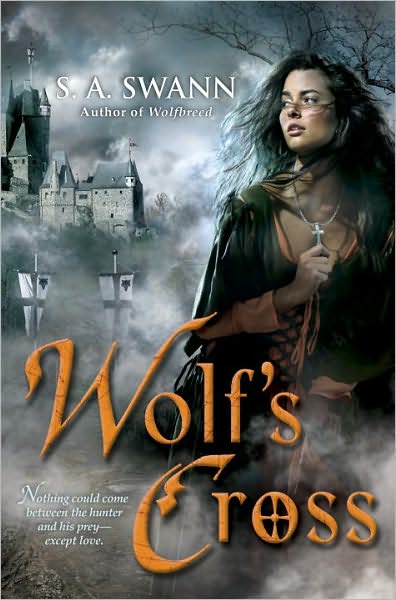 Werewolves and Teutonic Knights make for an interesting combination in Wolf’s Cross, S.A. Swann’s commendable follow-up to Wolfbreed. In the 14th Century, a band of Holy Men are hunting a monster, a demon who walks like man and beast when their trail leads them to a small Polish village. The P.O.V. character on the Church’s side is a young man named Joseph, who is just an initiate and not a full member of the order. In the village, we are introduced to Maria, a young girl living with her sick father, stepbrother and stepmother as she is tasked with helping the wounded Knights upon their arrival. Sparks fly between Joseph and Maria immediately, but their stations in life prevent them from acting on their impulses.

Mark posted his review is of Blackout by Connie Willis, who happens to be a favorite author of the man also known as Hobbit. 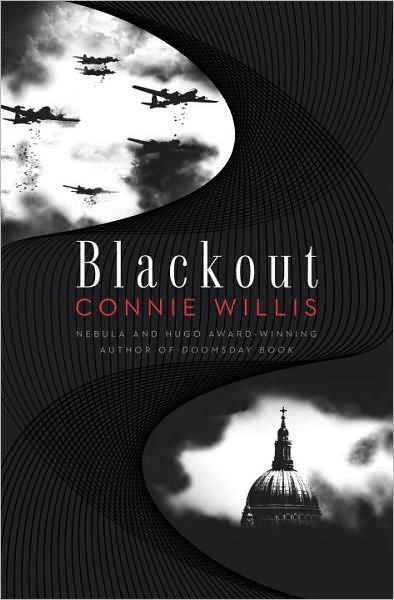 To the tale this time then we have four historians and four basic plotlines that diverge and converge. Michael/Mike Davies is set up as an American war correspondent sent to Dover to look at Dunkirk. Meriope Ward is given the name of Eileen O’Grady, and a position as a maid in a country house in Warwickshire in order to examine the effect of the War on evacuated children from London. Thirdly, Polly Churchill is given the role of Polly Sebastian, a shop-worker in one of the large department stores in London in order to help her investigation of life in London in the Blitz. Lastly, in 1944 Gerald Phipps is sent to investigate British intelligence and ends up displaying mock inflatable tanks in order to confuse the enemy.
.
.
.
There are characters and links here to previous tales, should you wish to connect them. However it’s not overt and not essential in order to follow what’s going on here.

Mark also reviewed the latest Ketty Jay novel by Chris Wooding, The Black Lung Captain. I was pleased to see these books will be coming to the States next year through Bantam Spectra.

This one’s a humdinger. Great pace, teeth-rattling battle scenes, terrific characters, lovely world-building slyly dropped throughout. As you would want, we learn more about our crew and their past as things go horribly wrong. Chris’s action scenes are wonderful, as is his dialogue between a pretty dysfunctional crew. There’s a nice sense of fun and some humorous touches that also works well – Harkins’s ongoing feud with Slag, the ship’s cat, is a delight - and these are combined effectively with some nicely creepy components (here mainly involving group minds and Daemonism) and even pathos. Scenes with Bess, the childlike golem, still steal the show for me. 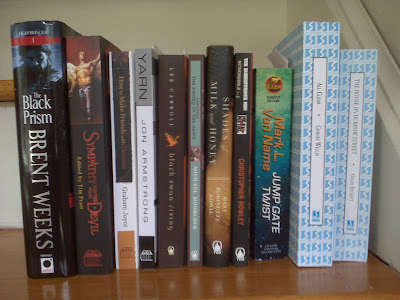 A decent sized haul this week: The Black Prism by Brent Weeks - his first hardcover after what I thought was a very enjoyable debut trilogy: The Night Angel Trilogy; Sympathy for the Devil edited by Tim Pratt; How to Make Friends with Demons by Graham Joyce; Yarn by Jon Armstrong; Black Swan Rising by Lee Carrol; The Sword of Dawn (Hawkmoon/Runestaff #3) by Michael Moorcock; Shades of Milk and Honey by Mary Robinette Kowal; The Bloodstained Man: Netherworld Book Two by Christopher Rowley; Jump Gate Twist (Omnibus of the first two Jon and Lobo novels) by Mark L. Van Name - I'm reading this right now for the San Francisco/Sacramento Book Review and really enjoying it; All Clear by Connie Willis; The House on Durrow Street by Galen Beckett
at 8/01/2010 No comments: