Just a few books this week, but two of them are the first I've received from the imprint (Harper Voyager) 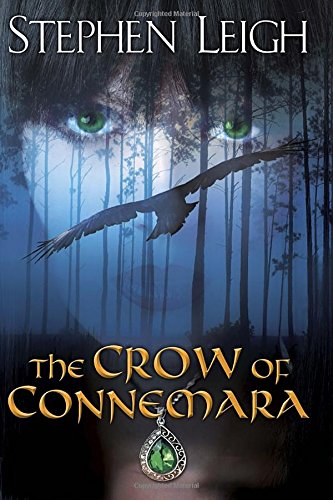 The Crow of Connemara by Stephen Leigh (DAW Hardcover 03/03/2015)– The latest novel from the extremely prolific Leigh (who also writes under the pen name S.L. Farrell) is a Celtic fantasy which is seemingly one of those rare beasts in fantasy – a standalone novel.


The Crow of Connemara is a contemporary Celtic fantasy set primarily in Ireland. Picking up threads from ancient Irish mythology and folktales, this story is fantasy, drama, and tragic romance all at once, a tale caught in the dark places where the world of ancient myth intersects our own, where old ways and old beliefs struggle not to be overwhelmed by the modern world.


Colin Doyle is third generation Irish-American musician, whose interest is traditional Irish music. Maeve Gallagher is an Oileánach, an 'Islander' on Ireland's west coast, outcaststreated with suspicion and disdain by the locals, who think them responsible for wild and strange happenings in the area. Colin's and Maeve's lives will soon intersect and intertwine. Colin will discover that Maeve has been involved with his family for far longer than seems possible, and Maeve will have to make a life-or-death choice in order to achieve what she wants for her people. 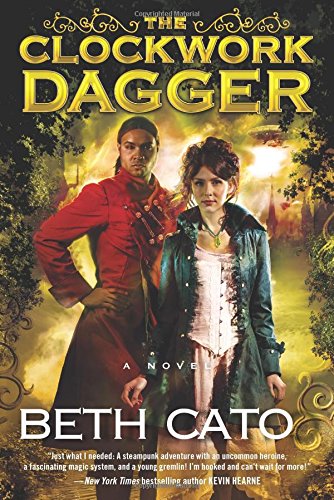 The Clockwork Dagger (The Clockwork Dagger Book One) by Beth Cato (Harper Voyager Trade Paperback 09/16/2014)– Cato’s debut is a steampunk fantasy which received some positive buzz when it published late last year. So when the author’s/publisher’s publicist asked if I was interested in reviewing the second book, I asked if she could include this one so I could catch up. The first chapter is up for perusal at Tor.com.


Full of magic, mystery, and romance, an enchanting steampunk fantasy debut in the bestselling vein of Trudi Canavan and Gail Carriger.


Orphaned as a child, Octavia Leander was doomed to grow up on the streets until Miss Percival saved her and taught her to become a medician. Gifted with incredible powers, the young healer is about to embark on her first mission, visiting suffering cities in the far reaches of the war-scarred realm. But the airship on which she is traveling is plagued by a series of strange and disturbing occurrences, including murder, and Octavia herself is threatened.

Suddenly, she is caught up in a flurry of intrigue: the dashingly attractive steward may be one of the infamous Clockwork Daggers—the Queen’s spies and assassins—and her cabin-mate harbors disturbing secrets. But the danger is only beginning, for Octavia discovers that the deadly conspiracy aboard the airship may reach the crown itself. 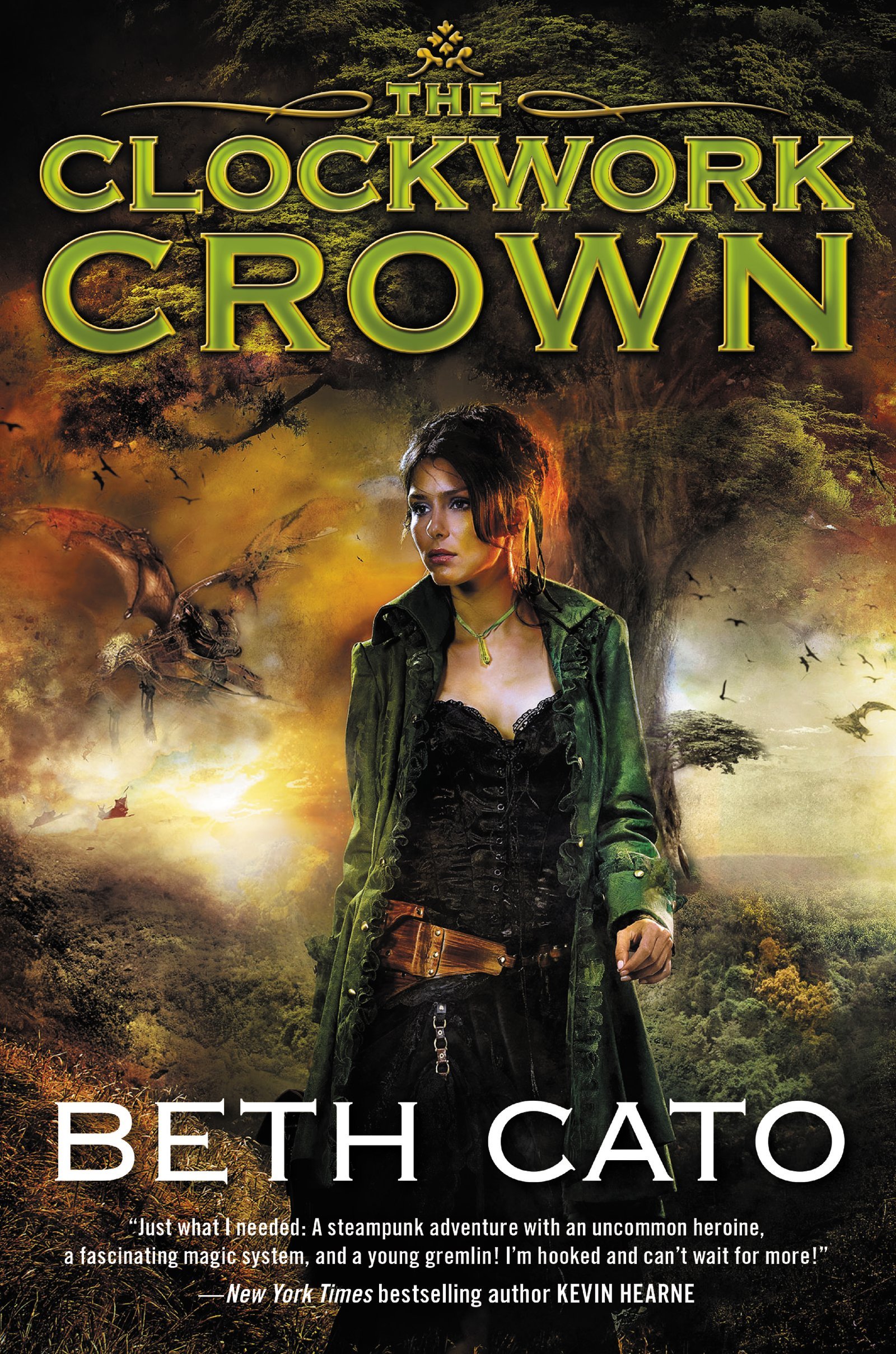 The Clockwork Crown (The Clockwork Dagger Book Two) by Beth Cato (Harper Voyager Trade Paperback 06/09/2015)– Sequel to Cato’s debut and the second half of the duology.


Rich in atmosphere, imagination, and fun, the action-packed, magic-filled sequel to The Clockwork Dagger is an enchanting steampunk fantasy, evocative of the works of Trudi Canavan and Gail Carriger.


Narrowly surviving assassination and capture, Octavia Leander, a powerful magical healer, is on the run with handsome Alonzo Garrett, the Clockwork Dagger who forfeited his career with the Queen’s secret society of spies and killers—and possibly his life—to save her. Now, they are on a dangerous quest to find safety and answers: Why is Octavia so powerful? Why does she seem to be undergoing a transformation unlike any witnessed for hundreds of years?

The truth may rest with the source of her mysterious healing power—the Lady’s Tree. But the tree lies somewhere in a rough, inhospitable territory known as the Waste. Eons ago, this land was made barren and uninhabitable by an evil spell, until a few hardy souls dared to return over the last century. For years, the Waste has waged a bloody battle against the royal court to win its independence—and they need Octavia’s powers to succeed.

Joined by unlikely allies, including a menagerie of gremlin companions, she must evade killers and Clockwork Daggers on a dangerous journey through a world on the brink of deadly civil war.. 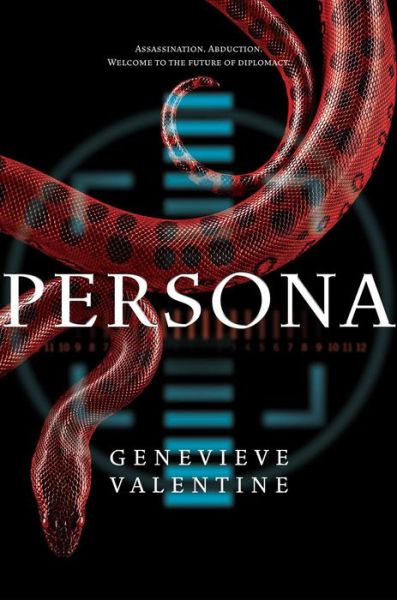 Persona by Genevieve Valentine (Saga Press Hardcover 03/10/2015) – This is one of Saga’s launch titles. Valentine has built a solid reputation in the genre and as writer of DC Comics’ Catwoman. The physical book really catches the eye.

In a world where diplomacy has become celebrity, a young ambassador survives an assassination attempt and must join with an undercover paparazzo in a race to save her life, spin the story, and secure the future of her young country in this near-future political thriller from the acclaimed author of Mechanique and The Girls at Kingfisher Club.

Suyana Sapaki is a failure in the International Assembly. She’s not charming on camera, which is crucial for a Face: public image is 90 percent of diplomacy, they tell you right from the beginning. The United Amazonian Rainforest Confederation has been the site of scandal, so she’s short on allies. It’s a system designed to make you useless, but she’s fighting. People back home trust her, and she has a country to save – one way or the other.

Daniel Park fled home to become a snap, because joining the last of the free press sounded noble before he was broke. On a hunch, he’s picked C-lister Suyana Sapaki for his first outing; he thinks she’s hiding something that’s worth money to the right people, if he catches it on camera.

On the run from someone who wants her dead, shadowed by someone she can’t trust, Suyana will risk everything – everyone – to save her diplomatic dies; it’s her only chance to control the future of her people, and she has promises to keep. The Assembly’s declared her persona non grata.

That’s what they think.