Orphan’s Alliance by Robert Buettner (Orbit Books Paperback 10/28/2008) – I’ve read and enjoyed all three books (Orphanage, Orphan’s Destiny, Orphan’s Journey) in the Jason Wander Series, which I’ve mentioned here at the o’ Stuff in the past. I’m really looking forward to this one. Buettner writes solid military science fiction and he took the series in a cool direction with the third book, Orphan’s Journey. All told, Buettner has a very entertaining Military Science fiction series going with these books.

Humans have been discovered on the Outworlds. And the Army decides to send emissaries. Emissaries like Jason Wander. As intraplanetary conflicts rage around him, and the personal stakes get ever higher, Jason finds that playing planet-hopping politician can be harder than commanding armies. When united mankind squares off to battle the Slugs for a precious interstellar crossroad, Jason will discover that the most dangerous enemy may be the one he least expects. 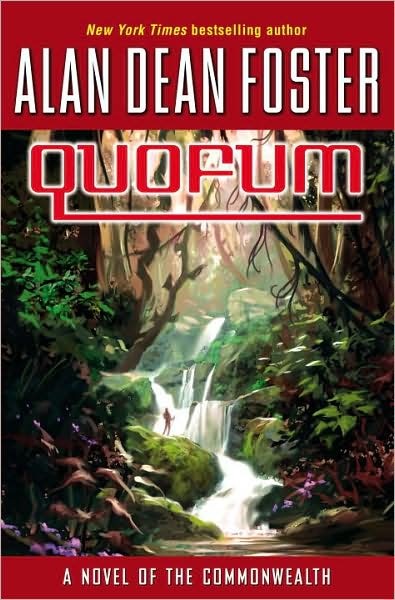 Quofum (A Novel of the Humanx Commonwealth) by Alan Dean Foster (Del Rey 10/28/2008) – I’m know the title is very relevant to the story and anything that starts with the letter Q is cool, it still has a silly sounding title. I know I’m prejudging here, but who doesn’t on ocassion. This is a book in a series with 25+ books, which is a bit daunting though I suspect this is enough of a stand-alone for new readers. I’ve never read anything by 2008 Grand Master award from the International Association of Media Tie-In Writers. I’m sure the book will do well with Foster’s many fans.

The mission to planet Quofum is supposed to be a quickie for Captain Boylan and his crew. Boylan is tasked with delivering four scientists–two men, one woman, and one thranx–to the unknown world, setting up camp while the experts investigate flora and fauna, then ferrying them safely home. The first surprise is that Quofum, which regularly slips in and out of existence on Commonwealth monitors, is actually there when Boylan and company arrive. The second surprise is more about what Quofum is not: The planet is not logical, ordered, or rational.

The team encounters three intelligent, warring species–some carbon-based, others silicate-based, all bizarre–along with thousands of unique, often unclassifiable life-forms. Quofum’s wild biodiversity doesn’t appear to be natural. But if it is by design, then by whose, and for what purpose? 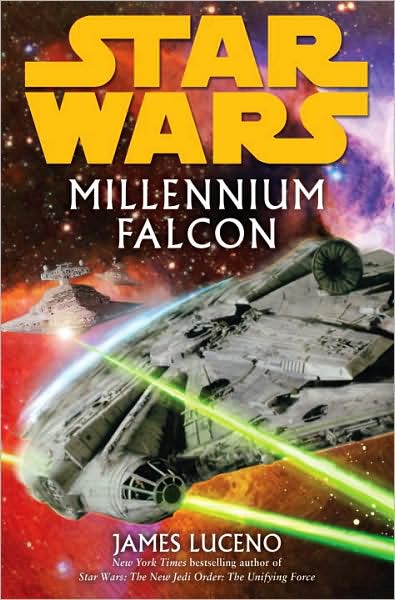 Star Wars: Millennium Falcon by James Luceno (Del Rey Hardcover 10/21/2008) – From the moment the Falcon broke loose from a Corellian assembly line like an untamed creature with a will of its own, it seemed destined to seek out trouble. It wasn’t long before the feisty YT-1300 freighter went from shuttling cargo to smuggling contraband. But it‘s a fateful rendezvous on Coruscant, at the explosive height of the Republic/Separatist uprising, that launches a galaxywide cat-and-mouse game whose newest players are Han, Leia, Allana, and C-3PO. And they’re not alone: Crime lords, galactic pirates, rogue politicians, and fortune hunters alike loom at every turn of the quest–each with his or her own desperate stake in the Millennium Falcon’s most momentous mission. Through the years and across the stars, from the Rim worlds to unknown points beyond, the race will lead them all to a final standoff for a prize some will risk everything to find–and pay any cost to possess. 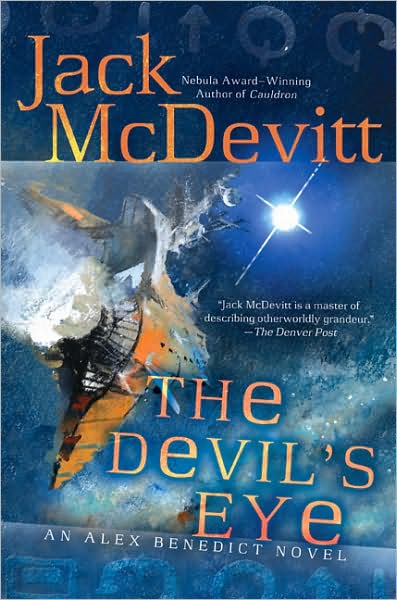 The Devil's Eye: An Alex Benedict Novel by Jack McDevitt (Ace, Hardcover 11/04/2008) – I read quite a few of McDevitt’s novels a few years back (Moonfall, The Engines of God, Ancient Shores, Infinity Beach and liked them all, for the most part with Moonfall being a favorite. The Devil’s Eye is the latest in his Space Opera/Mystery hybrid and it sounds pretty interesting.

Interstellar antiquities dealer Alex Benedict receives a cryptic message asking for help from celebrated writer Vicki Greene—who has been mind-wiped. She has no memory of her past life, or of her plea for assistance. But she has transferred an enormous sum of money to Alex, also without explanation. The answers to this mystery lie on the most remote of human worlds, where Alex will uncover a secret connected to a decades-old political upheaval—a secret that somebody desperately wants hidden, though the price of that silence is unimaginable…

This looks like a good time to catch up with his writing.

The Hero of Ages: Mistborn 3 by Brandon Sanderson (Tor Hardcover 10/14/2008) - The first two installments (The Final Empire, Well of Ascension) were terrific so I was really looking forward to reading this one. I’ll be posting up my review in a couple of days, but to put it succinctly, this is one of the more solid, enjoyable and well crafted fantasy trilogies in recent memory.


Here’s a brief preview of the review I’ll be posting:

Throughout the course of the trilogy, Sanderson’s hand has been subtle in the clues he laid out in terms of the ultimate threat, but he has also managed to echo some of his literary predecessors. One of the literary devices I’ve enjoyed the most over the course of the novels is the diary quotes Sanderson uses as an opening for each chapter. These quotes hint at what just happened in a previous chapter involving a certain character, or what will happen in the chapter it leads and gives the story more resonance and authenticity. I liked how it allows Sanderson to tackle some of the themes of the novel without weighing down the narrative of the characters’ plight throughout. At times, some of these themes, particularly Ruin and Preservation as opposing forces, put me very much in the mind of Stephen R. Donaldson’s Thomas Covenant novels and the dichotomy between Lord Foul and The Creator. All told, some really good stuff here by Sanderson that is effective and enjoyable on many levels.