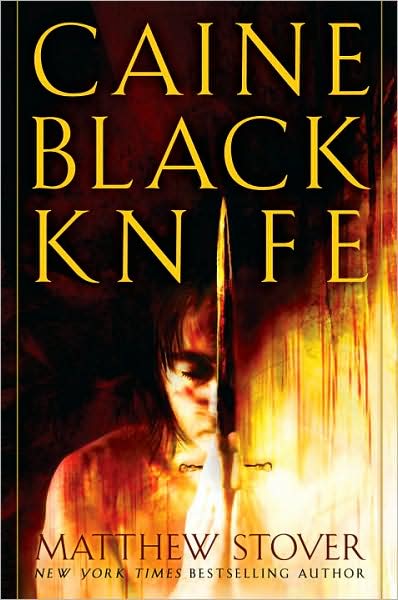 Continuing the weekly postings relating to Matthew Stover, I posted my review of his latest offering, Caine Black Knife, last night. Simply put, it was the best book I read this year, and I’ve already said how much I enjoyed MultiReal and Little Brother. Here’s the intro to my review of Caine Black Knife:

There is nothing in my life I care about more than story. There is nothing I know more about than the difference between a good one and a bad one. You’re betting my life and your future on what happens in the next day or two. Let’s go balls-out to make it the Greatest Fucking Show on Overworld. (From the Trade Paperback edition of Caine Black Knife)

After seven years, Matthew Stover brings readers back to Overworld and back to Caine. For readers who enjoyed the previous two novels in what is now dubbed the Acts of Caine sequence but wanted to get more of Caine, Caine Black Knife will be a welcome novel. This novel is all Caine and is a bit of a stylistic and tonal departure from the previous Caine novels. Whereas Stover played with narrative voice and point-of-view in Heroes Die and to a greater extent in Blade of Tyshalle, here the great majority of the novel is told in Caine’s voice in the first person narrative. A very minor portion takes place in the second person narrative, so Stover doesn’t abandon the shifting perspective entirely.

So, go read the rest of the review then buy the book.

I also finished, Blood Rites, the sixth installment the Dresden Files over the weekend; the series is turning into one of my favorites. My only gripe is that sometimes Harry is being a dick just to be a dick, but perhaps the revelations in Blood Rites will soften him up a little bit. I’ll be reading Backup shortly and hopefully pick up the remaining books in the series.

John Marco posted the awesome cover (below) art to his forthcoming novel, Starfinder, which sounds like a cool mix of high fantasy and steampunk. The world has steam trains, electricity, ornithopters and godlike races. How cool does that sound? 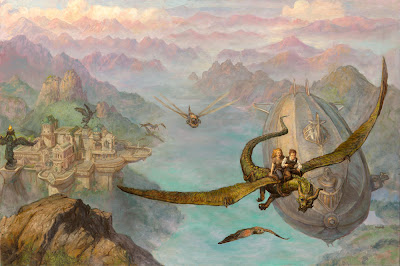 My iPod stopped working today for no reason. Since I got it from the spectacular Mrs. Blog o’ Stuff back in June, the thing has been my own little security blanket and I’m suffering withdrawal right now. I hope the folks at the Apple store in the mall can help out.
at 10/07/2008