The Recollection and Zombie Compendium Reviewed at SFFWorld

Just because it is a new year doesn’t mean we’ll be changing the order of business here. In other words, a couple of new reviews at SFFWorld from Mark and me. Since it is only the third day of 2012, neither of us have a 2012 book reviewed…yet. Though the book I finished yesterday, the highly charged and entertaining Shadow OPS: Control Point by Myke Cole, is the first 2012 book I’ve read. That review will come in a couple of weeks closer to the book’s publication date.

Right, on to the reviews posted in the last week…

Although technically not a debut, Gareth L. Powell’s The Recollection, is his first release through a major publisher, Solaris Books, which I enjoyed: 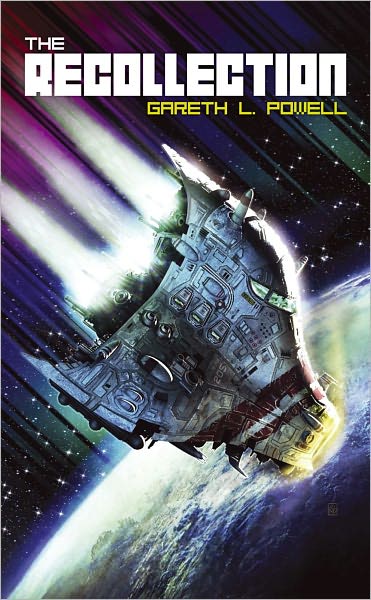 Gareth L. Powell takes a golden age SF idea, one might even say a Clarke-ian idea, and places it squarely in the 21st (and 25th) Century – strange archways appear at random places and random times throughout the world, causing confusion and more than a bit of a scare. This is the premise of his major imprint debut, The Recollection. Though this idea is rather grand, he starts the novel very grounded, as Eddie Rico is being roughed up by some gangsters after losing a night of card games. His brother Verne bails him out of the trouble, but Verne is soon after sucked into one of the aforementioned arches. Not; however, before Ed can tell Verne that he and Verne’s wife Alice have been having an affair. Ed wants to find his brother, but Alice is hesitant until an arch appears in a remote field near her. So, the two put aside their tense past and embark on a journey to find and hopefully save Verne.
…
Powell’s greatest strength in the novel is his ability to give the four main characters (Ed, Alice, Kat, and Victor) a real sense of humanity. In doing so, I found his contrast of this humanity against galactic pressures and forces to be mostly successful. Where he was less successful, was in some of the important plot points that draw events together towards the end. Though I wouldn’t say one element in particular was completely out of left field, it did seem a bit forced and somewhat out of place in a Space Opera/Science Fiction novel. Whether Powell had this specific plot element in mind or it was an outgrowth of how his story was progressing, I can’t be sure but for me, it felt too much of an obvious insertion to solve an issue. It’s one of those points in a story that I don’t know how he could have handled this big element differently, but I don’t know if the way it was handled was the best option available.

Corvus Books's offerings continue to impress Mark, the latest of which is: Zombies: A Compendium of the Living Dead edited by Otto Penzler:

Compared with ghosts, vampires, werewolves and, frankly, most horror icons, I’ve always thought of them as one of the weaker family members of the horror genre. They’re dead, but they’re living.... they move! ....they look at you! And that’s about it. They’re also slow and dumb and pretty limited in what they do….

So, it’s going to take a lot to impress me, though I’m willing to give it a try.

The good news is that I think this book is about as good as I’m going to get. There are 46 (!) tales of dead people walking here, with some very well known authors (Stephen King, HP Lovecraft, Robert E. Howard, Richard Matheson, Harlan Ellison, Edgar Allen Poe, Robert Bloch....) as well as a lot of less known or unknown authors (to me, anyway) such as Jack D’Arcy, Thorp McClusky, and Henry S. Whitehead.

As you might expect with over forty stories, the range is also impressive. There are tales in unexplored lands, creepy houses, mouldy mansions, quaint cottages, the past and the present. Otto does point out that although there are some gory tales herein, he has tried to maintain a balance and so there are not that many of the stories with the ‘almost pornographic sensibility of the need to drench every page with buckets of blood and descriptions of mindless cruelty, torture and violence.’ (Introduction, page xii)