I didn't realize I lapsed so much in these round up posts. I've posted & participated in quite a few things since I last gathered my contributions in one blog post.

A couple of Fridays ago, my December Completist column posted to SF Signal, featuring Species Imperative by Julie Czerneda, an omnibus of her series of the same name comprised of Survival, Migration, and Regeneration. The star of the trilogy, of course, is Mac. She is one of the most plausible and believable scientist protagonists I’ve come across in Hard Science Fiction. Make no mistake about Species Imperative being Hard SF, just because it features Biology rather than Quantum Physics or the science behind space travel as its feature science, Czerneda applies no less a rigorous approach to the science/biology in the novel through Mac. Her deductive reasoning, how Mac infers things about the Dhyrn’s homeworld, her conclusions about the relationship between the Dhryn and the Ro are all logical scientific reasonings. Most importantly because these are novels, Czerneda makes for great dramatic tension and narrative pull with Mac.

There’s a tradition of Science Fiction wherein the scientist is hero, gallantly (and often flawlessly) solving the problems raised by a story or novel’s plot. That tradition also tends to gender-default to male characters. Czerneda goes the other direction and gives readers a flawed well-rounded character at the height of her chosen vocation who is a woman. In Mac, she’s given readers one of the more engaging scientist-heroes in the genre, and just an admirable character as a whole.

A couple of weeks ago, my review of Max Gladstone's wonderful debut, Three Parts Dead, was posted to SFFWorld. I love the milieu and Max is one of the smartest writers I've encountered in the genre. Met him at a couple of Tor.com events and he comes across just as nice and cool as he is a good writer. Not a bad combo. 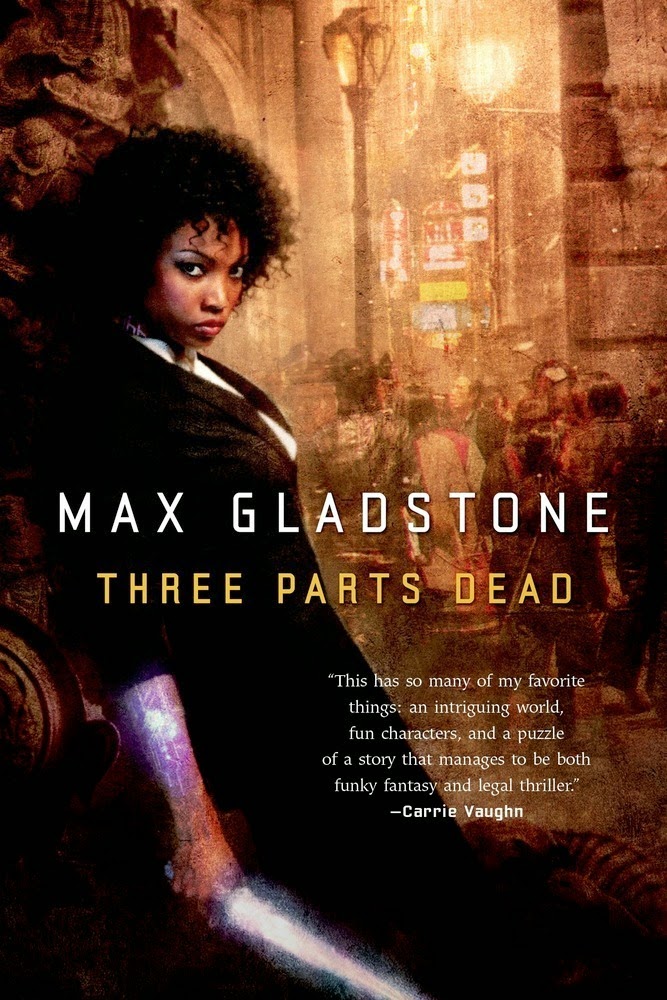 There’s a great balance in the characters who comprise the main cast; our protagonist is female, as is her boss. Another supporting character, Cat, has a strong character arc that parallels and intertwines with the main plot. These women have power in this world, or are the most forthcoming in their quest to gain a foothold with it. Despite the church’s power being represented by a man, Elayne exhibits no qualms about dealing with him and these people if not on an equal level, then a level on which she has a moral high ground. What makes these women such great characters, especially Tara and Elayne, is that they have agency of their own and are not defined by their relationship to men in the novel. Granted, Tara’s relationship with her former professor at college is an integral element in the novel, but it isn’t the only defining aspect of who she is. Cat, on the other hand, is a bit of a dependent character, but that dependency is not intertwined with her gender. She is, in essence, an addict.

In many ways, the world Gladstone has created reminds me of the cityscapes of China Miéville’s New Crobuzon (Perdido Street Station and The Scar), in large part, because of the mix of arcane, eldritch darkness and non-human races set primarily in a city.

Over the past week at SFFWorld, Mark Yon has been posting the Best of Year thoughts from him, Mark Chitty, and Nila White:

This past week at SFFWorld, my review of ML Brennan's debut novel Generation V was posted. I've read my fair share of Vampire novels and enjoyed this one, which was a good start to the series (which either goes by Generation V or American Vampire): 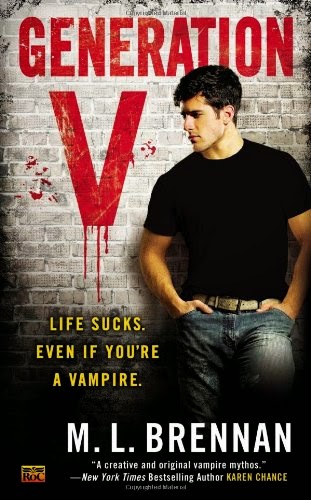 Brennan, through Fort, has a rather snarky modern prose which is perfectly contrasted against the mannered and high-society aura surrounding his family: mother Madeline, brother Chivalry, and his sister Prudence. Through much of the novel, at least the first third and what felt like a significant part of the middle third, Fort is very much a doormat. He lets his roommates walk all over him, (the most current roommate owes him a few months worth of rent), his ‘girl-friend,’ (who slept with the aforementioned roommate) has different ideas of what their relationship should be, and his over-bearing boss doesn’t exactly have an open door policy. While being a bit of a pushover for his older, more powerful vampire brother can be understandable, added to the other characters who trampled over Fort, I was more frustrated with Fort’s lack of backbone and ability to assert himself against the people who are pushing him down. In my head, I kept thinking that he needed to stand up for himself.