Looky here, another post on the old 'o Stuff.

October is obviously a great month for Horror and dark stories and this past October, I had a pretty good fill of darkness. The month started with Seanan McGuire’s enormously fun, Boneyard, a weird western/horror novel set in the world of the Dead Lands RPG. I reviewed that for SFFWorld so you can head over there for my full thoughts, but bottom line: engaging, harrowing, and entertaining.

But backtracking a little, September ended and October began with a vampire novel, but not an ordinary vampire novel. The late Octavia Butler’s contribution to the vampire mythos, Fledgling is more science fiction than horror, although there are of course some dark elements to the novel. Butler is never one to shy away from uncomfortable elements in her fiction and making her vampire appear to be a young girl leaves a great deal of room for many uncomfortable scenes. I love her Lilith’s Brood / Xenogenesis series and this one is pretty good, too. I really like her concept for the Vampire and how even the “vampires” themselves are unsure of their own history at times. This was an audio read. 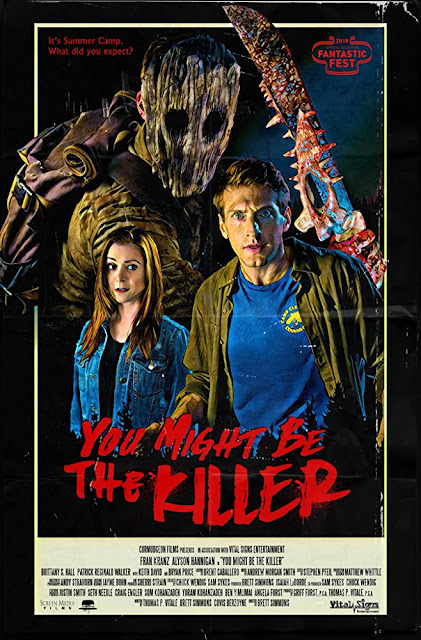 Right about the time I was juggling those two books, I watched You Might be the Killer the movie based on the entertaining twitter conversation between Sam Sykes and Chuck Wendig. The film was at Fantastic Fest in late September and premiered on the SyFy network on the first Saturday in October, which also happened to be the Saturday of New York Comic Con. The movie was a lot of fun and works as sort of a mash up of Scream and Cabin in the Woods. The film stars Fran Kranz (who also starred in Cabin in the Woods, which happened to air just before You Might be the Killer premiered on SyFy) as an out of breath, on the run camp counselor named Sam who calls his friend Chuck, a video store clerk portrayed by Alyson Hannigan. The movie doesn’t waste time with revealing the obvious – that Sam is the killer. From there, it is a fun 90 minutes or so. I’ll be making this a re-watch come every October. The film worked for me on a few different levels, I like horror, I like humor, and I like both Chuck Wendig and Sam Sykes. Beyond that, the film is a fun send up of the Slasher subgenre of horror movies.


I finally started and finished a Clive Barker novel - Damnation Game, his first novel, in fact. The novel was a bit slow, but a very nuanced novel I thought. More subtle, at least in some parts and through some plot movements, than I would have expected from the man who gave us Hellraiser. Simon Vance is a renowned narrator and he did bring a nice level of class to the performance. The story tells the tale of an ancient man who is in debt to an even older creature. This is very much in the vein of the classic Faust tale and mixes in some pretty gruesome imagery.


Another solid page turner for the moth was Sarah Pinborough’s Breeding Ground. This is a horrific post-apocalyptic tale of women randomly giving birth to spider like creatures. Some great character stuff throughout against gorrific imagery. I would have liked a clearer explanation of the how and why of everything, if I’m being honest. Nonetheless, a good page turner. 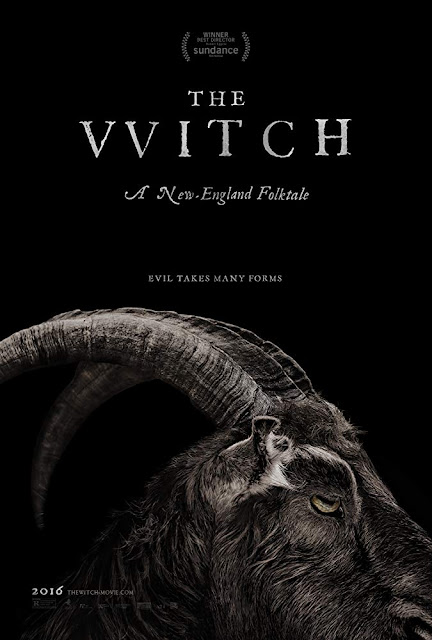 The Witch is a movie that’s been on my radar since it hit theaters in 2015 and I finally watched it in the middle October. In the early 1600s of New England, a family of 6 (Mother, Father, baby, young twins, and eldest daughter) is banished from their church. They are left to make a home at the edge of a forest that holds dark secrets. Immediately, the baby of the family disappears and because eldest daughter Tomasin is last seen with the baby, she is blamed for the disappearance and even called a witch by the twins of the family. The film is extremely tense, has a wonderful atmosphere which lends such an immersive feel to the film, and leaves much of the terror to build on the raw emotions of the family. It was a fairly slow-moving film, but that pace was a deliberate effect that worked to reward patience. A modern classic, one might say about The Witch. 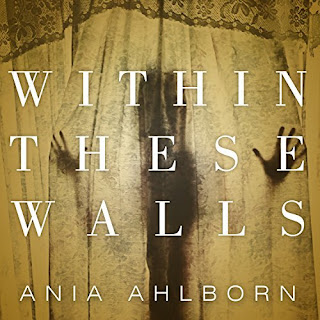 As the month changes to November, I’m in the middle of the audiobook of Within These Walls by Ania Ahlborn narrated by R.C. Bray. I am thoroughly enjoying this novel which tells the story of a down on his luck true crime writer who is given a golden ticket to interview an infamous mass murderer. Think Charles Manson, except this killer never talks to the press. The catch – protagonist Lucas Graham has to live in the house where the murderer committed his heinous acts. As of this post, I'm about a third to halfway through the book. The novel is filled with negative emotions and anger, but that combination makes for an extremely compelling read especially from the great performance by R.C. Bray.

The absolute standout Hallowe’en thing for me, and book/novel that is on my top 10 of the year and one of my instant classic favorite horror novels of all time was We Sold Our Souls by Grady Hendrix. In a brief amount of time, Grady’s become a leading voice in the horror genre and although I’ve only read one other novel (the outstanding My Best Friend's Exorcism) by him, it is clear to me he’s a writer with great skill and honesty in his fiction. I also adore his Paperbacks from Hell book, an appreciation of Horror fiction of the 1970s, 80s, and 90s as well as his Great Stephen King Re-Read at Tor.com.


In We Sold Our Souls Grady managed to combine two of my favorite things in the world with this novel: heavy metal music and horror fiction. To that combo, he added a phenomenal protagonist in Kris Pulaski, the lone woman in the band Dürt Würk and our primary P.O.V. character. Kris is at the bottom of her rope despite having a once moderately successful gig as the guitarist for 1980s Metal band Dürt Würk. That all changed when her one-time best friend and lead singer of Dürt Würk Terry Hunt broke away from the band on “Contract Night.” This was a night few can remember, but changed the fate of the band forever. Grady does a masterful job immersing the reader in the heavy metal world and playing with some dark elements like Black Iron Mountain, the driving force behind Terry’s new band Koffin.


Grady takes readers on a cross-country journey that never falters, never takes a guitar solo of a break and is a relentless novel. Highly, highly recommended.