Last night, I posted my review of Andy Remic’s War Machine another title from Solaris Books’ firts season of books. While the book based on this book I wouldn’t quite consider Remic the “new master of f rock-hard military science fiction,” the book was still pretty enjoyable. I haven’t thoroughly read Military Science fiction as much as other subsets of Science Fiction so I can’t authoritatively rank War Machine against its peers and predecessors, but as I said, it was a solid novel. It provided some good action scenes, big ideas, and a nice mix of character focus and epic.

Stephen King has a new book out now, Duma Key. I haven’t read any King since 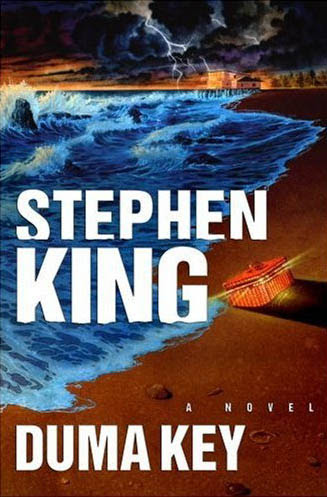 The Dark Tower concluded, but he was the first real “adult” writer I read as a kid. Over the years, I’ve read the majority of his stuff, but two recent books really didn’t work for me Dreamcatcher and From a Buick 8, which I thought was one of, if not his worst book. However, The Talisman and The Stand both still stand as all time favorites. Whether I pick up Duma Key right now, I don’t know. I’m sure I’ll eventually get to it, but I still haven’t read Lisey’s Story either.
at 1/25/2008