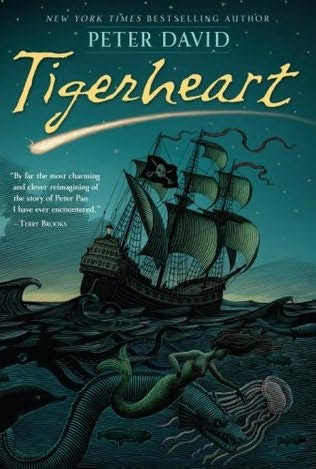 My review of Peter David’s Tigerheart went up last night, I’ve been holding it until the publication date. I’m an admitted fan of David’s writing in the majority of its forms and really enjoyed Tigerheart. David used a different style here and I think he pulled off really well. In fact, I'd love to see more from him in this vein/style. His trademark ironic humor is laced throughout the book, though with a slightly different flavor. Good stuff all around, nor am I the only one to think so.

I feel like I just swam up the entire coast of New Jersey a couple of times, metaphorically speaking. In other words, I just finished The Bonehunters by Steven Erikson – a good experience and at the end rewarding, but damn if it wasn’t long and intense. There was a lot going on in this sixth Malazan novel, maybe too much. I liked all the stuff with Icarium and Karsa, as a result, I was very pleased with the tease in the epilogue. I’ve always envisioned Karsa to be something like the Incredible Hulk, and specifically, the way the Hulk was portrayed in the Planet Hulk storyline. I’m not entirely sure how I’d picture Icarium, but something along the same lines, with a hint of Stephen King’s Roland the Gunslinger (in terms of the vagaries of his past) thrown into the mix. I’ve said before how much I enjoy Karsa’s storyline so while I enjoyed Erikson’s further exploration of it here, I would have like to seen more.

What also worked extremely well for me in The Bonehunters was the ‘return’ of Quick Ben to the storyline and his bantering with Kalam. Ben’s interaction with the Ascendants also provided some good scenes and passages. I really like what Erikson is doing with Ben Adaephon Delat: making him more powerful with Ben seemingly none the wiser. I also was pleased to see Paran brought back into the fold. Essentially, I like how Erikson juxtaposes confusion and control in his characters., especially with the Bridgeburners.

After a great deal of bouncing back and forth between the many, many characters / plotlines, the conclusion of the novel was just fantastic. I also thought it was very good to see Laseen in the storyline, after having spent much of the saga spoken about rather than seen. The timing on this was pretty funny – I was reading through the Laseen scenes at what was probably the same time that a poster at SFFWorld happened to bring up how little Laseen is actually ‘on screen’ in the storyline.

The continuing juxtaposition of the Gods squabbles with human squabbles is one of the more overriding themes of the series and comes together even more so in this installment. The Gods don’t deal with humans very much, but when they do Erikson manages to really imbue those scenes with something very cool and an air of “whoa.”

All told, The Bonehunters was another solid entry in the Malazan saga, though not without its flaws. The character of Iskaral Pust is slowly growing on me and the scenes involving him reminded me a bit of the old couple at the Oracle from The NeverEnding Story or The Princess Bride. As I said, it thought there were just one or two too many different plotlines woven together, but as this novel ties together so much I don’t know that it could have been threaded any differently. I also would have like to see more of Karsa and Kruppe, but in the end I was left breathless with both accomplishment at reading a 1200+ page book and eager to read Reapers Gale. It’s sitting on my “To Read” shelf, but as I’ve intimated before, I need to pace myself with these Malazan books. Erikson (wait for the revolutionary statement, wait for it…) is staking his claim as the King of Epic fantasy with this series. Each cog of a book is part of the greater whole and The Bonehunters was like a keystone that holds much of the series together. As such, it might the most ambitious, audacious and impressive book in the series up to this point.
Reading these Malazan books, for me at least, I really feel like I’m truly experiencing what Erikson is trying to do with these books – something special. There’s almost a sense of community in reading each book with the book itself and others who read the books. In my personal ranking of the series, it probably falls somewhere in the middle – House of Chains is still the one I like the most.

I haven’t blogged about it in a while, but Battlestar Galactica’s season-half finale was really good on Friday. It was both a satisfying conclusion to the one of the largest themes of the series and a great cliffhanger, thank god there were no hovercycles when they landed. Many of the same questions on the mythology of the series are still there, but can be viewed in a different shade of light. Specifically, how is the civilization of the humanity we see on the show related to our civilization? The episode brought this home in a dark way and you wonder if Moore and company are ever going to give these characters more than a fleeting moment’s taste of happiness and satisfaction. 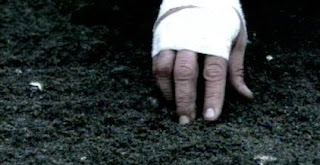