This week’s Books in the Mail post is brought to you by Ace/Roc, Black Library, DAW, and Tor . 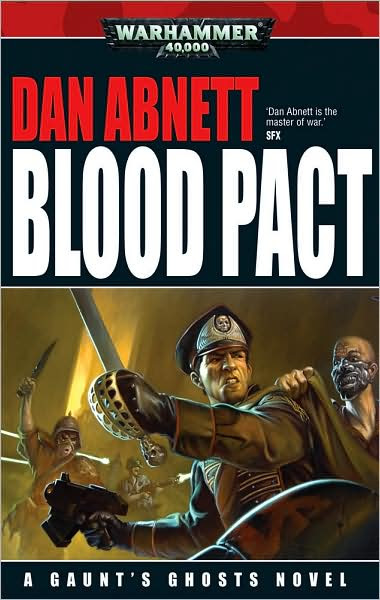 Blood Pact (A Gaunt’s Ghosts Novel) by Dan Abnett (Black Library Hardcover 11/03/2009) – Abnett is THE superstar writer of the Warhammer 40,0000 universe and this book takes place in the ongoing series which helped to cement that status for him. .

Pulled back from the front line, the men of the Tanith First await news of their next deployment. But when an enemy prisoner is brought in for interrogation, Gaunt is drawn into a murderous web of intrigue. Who can be trusted, and exactly what does the prisoner know that makes him so valuable? The fate of the Sabbat Worlds Crusade rests upon the answers, and Gaunt must find them out before he is eliminated. 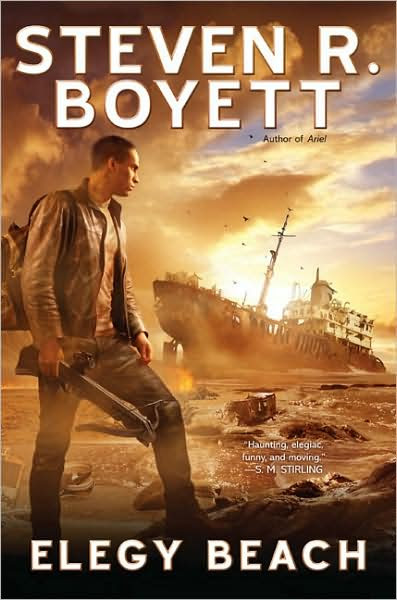 Elegy Beach by Steven R. Boyett (Ace Hardcover 11/03/2009) – This is a sequel, 26 years in the making, to Boyett’s debut novel, Ariel which itself is very well regarded.

A publishing event twenty-five years in the making: the long awaited sequel to the unforgettable post-apocalyptic fantasy, Ariel.

Thirty years ago the lights went out, the airplanes fell, the cars went still, the cities all went dark. The laws humanity had always known were replaced by new laws that could only be called magic. The world has changed forever. Or has it?

In a small community on the California coast are Fred Garey and his friend Yan, both born after the Change. Yan dreams of doing something so big his name will live on forever. He thinks he's found it-a way to reverse the Change. But Fred fears the repercussions of such drastic, irreversible steps. 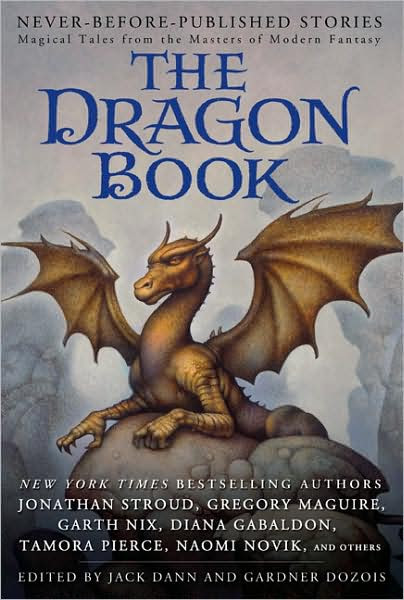 Dragon Book: Magical Tales from the Masters of Modern Fantasy edited by Jack Dann and Gardner Dozois (Ace Hardcover 11/03/2009) – Dann and Dozois have been putting out at least one themed anthology a year for over twenty years now and they always manage to get the top genre names to contribute. This one looks pretty impressive

Whether portrayed as fire-breathing reptilian beasts at war with humanity or as noble creatures capable of speech and mystically bonded to the warriors who ride them, dragons have been found in nearly every culture's mythology. In modern times, they can be found far from their medieval settings in locales as mundane as suburbia or as barren as post-apocalyptic landscapes-and in The Dragon Book, today's greatest fantasists reignite the fire with legendary tales that will consume readers' imaginations.

Silver Mage (Silver Wyrm #4) by Katherine Kerr (DAW Hardcover 11/03/2009) – The concluding volume of a four-volume series, which is part of a larger series of books. All told, the Deverry cycle has fifteen books. These books were immensely popular in the 1980s and 1990s and seem to be a bit overlooked nowadays. .

The Horsekin are assembling along Prince Dar's northern border, and the Deverry alliance simply does not have the men and resources to prevent their enemies from moving into the wilderness areas known as the Ghostlands. But suddenly, the Dwrgi folk and the dragons come to Dar's aid, tipping the balance in their favor and offering Dar's people a chance to defeat the Horsekin once and for all. 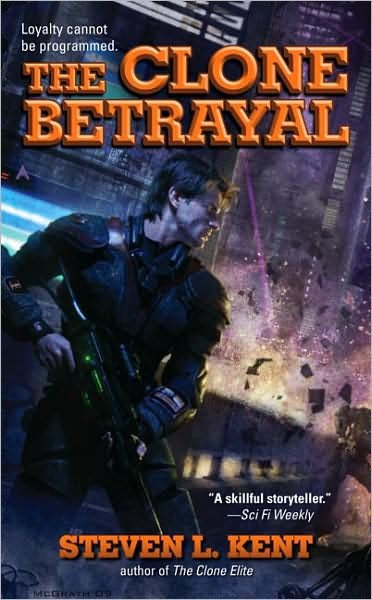 The Clone Betrayal (Wayson Harris/Clone Series #5) by Steven L. Kent (Ace Mass Market Paperback 10/27/2009) – I read the fourth book earlier in the year and it was one of the few times I’d jumped into a series so late in the series. I liked and will probably get to this one eventually.:

Lt. Wayson Harris was born and bred as the ultimate soldier. But he is unique, possessing independence of thought. And when the military brass decide to blame the clones for the decimation of the U.A. republic, Lt. Harris decides to stop being the scapegoat, with all the firepower he can muster. 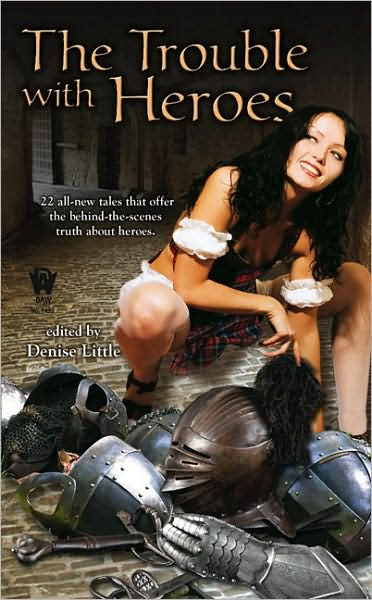 The Trouble With Heroes by edited by Denise Little (DAW Mass Market 11/04/2009) – November’s themed-anthology from DAW explores “the behind-the-scenes truth about heroes.”
.

These 22 all-new tales pay tribute to the true heroes-the people who enable and put up with heroes. From what it's like to be Hercules' wife )complete with an appearance by Hercules in drag) to the trials of H.P. Lovecraft's housekeeper, from the perils of being King Kong's girlfriend to the downside of dating a shapeshifter, this anthology turns heroism on its head, revealing the behind-the-scenes drama, as opposed to glorious rescues. From the Pied Piper's power trip to David acting like a giant you-know-what after slaying Goliath, these stories show heroes in all their ignominy and shine a light on the unsung faithful standing in their shadows. 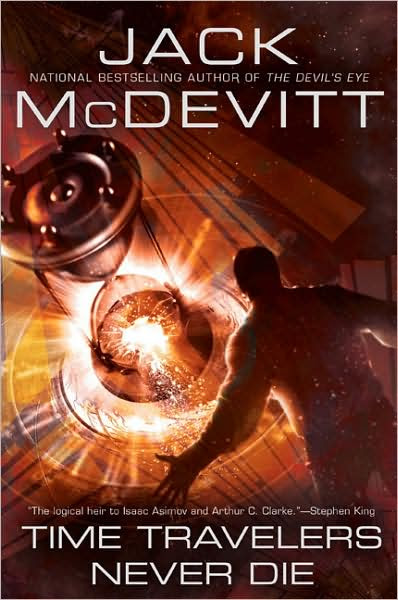 Time Travelers Never Die edited by Jack McDevitt (Ace Hardcover 11/03/2009) – McDevitt is a consistently entertaining writer whose won and/or been nominated for just about all the major genre awards. This novel is a standalone about, you guessed it – time travel.

When physicist Michael Shelborne mysteriously vanishes, his son Shel discovers that he had constructed a time travel device. Fearing his father may be stranded in time-or worse-Shel enlists the aid of Dave MacElroy, a linguist, to accompany him on the rescue mission.

Their journey through history takes them from the enlightenment of Renaissance Italy through the American Wild West to the civil-rights upheavals of the 20th century. Along the way, they encounter a diverse cast of historical greats, sometimes in unexpected situations. Yet the elder Shelborne remains elusive.

And then Shel violates his agreement with Dave not to visit the future. There he makes a devastating discovery that sends him fleeing back through the ages, and changes his life forever. 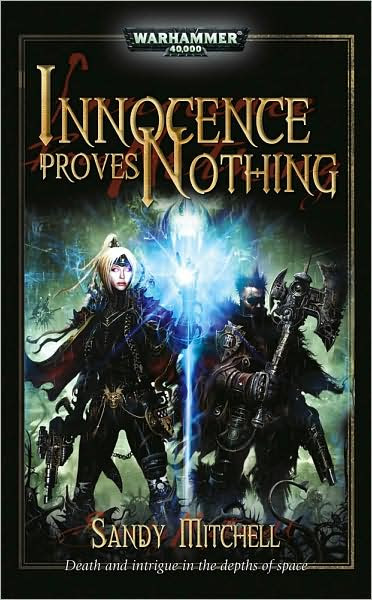 With Kyrlock and Elyra inflitrating the network of rogue psykers, the rest of the team start investigating the xenos artefact smuggling ring. As the operatives work their way deeper into the two criminal organisations, they unravel clues that suggest they might both be part of one greater evil. With danger at every turn, and paranoia running rife, can the Inquisition figure out what is going on before the Scintilla system is overrun by heretics?

Imager’s Challenge (Imager Portfolio #2) by (L.E. Modesitt, Jr. (Tor Hardcover 10/13/2009) – Modesitt, Jr. seems to be a writing machine, churning out a couple of books per year in different series. Yet another one of those types I haven’t read.

Imager’s Challenge takes up immediately after the conclusion of Imager. Still recovering from injuries received in foiling the plots of the Ferran envoy, Rhenn is preparing to take up his new duties as imager liaison to the Civic Patrol of L’Excelsis. No sooner has he assumed his new position than he discovers two things. First, the Commander of the Civic Patrol doesn’t want a liaison from the infamous Collegium, and soon has Rhenn patrolling the streets of the worst district in the city. Second, Rhenn receives formal notice that one of the High Holders, the father of a man Rhenn partly blinded in self-defense, has declared his intention to destroy Rhenn and his family.

Rhenn’s only allies are the family of the girl he loves, successful merchants with underworld connections. In the end, Rhenn must literally stand off against gang lords, naval marines, Tiempran terrorist priests, the most powerful High Holder in all of Solidar, and his own Collegium—and find a way to prevail without making further enemies and endangering those he loves. 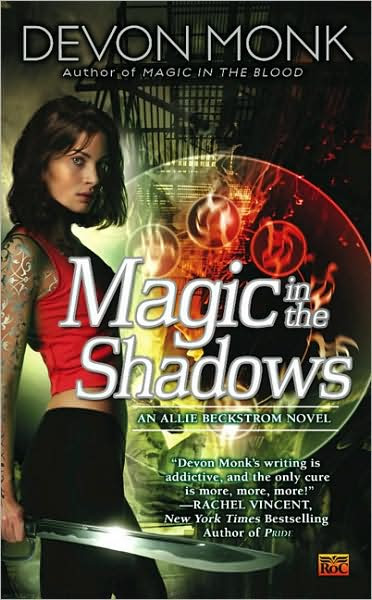 Magic in the Shadows (Allie Beckstrom#3) by (Roc Mass Market Paperback 11/03/2009) – I read the first book by in this series, Magic to the Bone and thought it was a nice debut. I’ve still got the second book in the series, too.


Allison Beckstrom's magic has taken its toll on her, physically marking her and erasing her memories-including those of the man she supposedly loves. But lost memories aren't the only things preying on Allie's thoughts.

Her late father, the prominent businessman-and sorcerer-Daniel Beckstrom, has somehow channeled himself into her very mind. With the help of The Authority, a secret organization of magic users, she hopes to gain better control over her own abilities-and find a way to deal with her father... 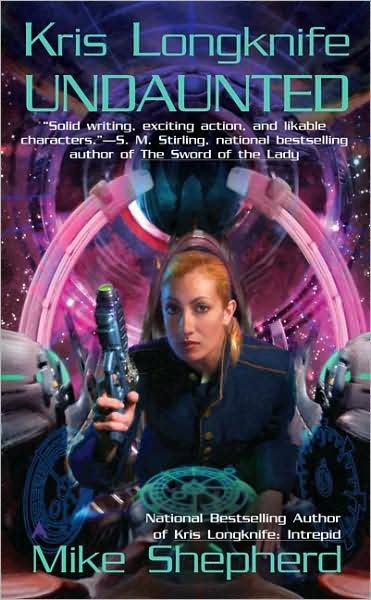 Kris Longknife: Intrepid by Mike Shepherd (Ace Mass Market Paperback 10/27/2009) – Seventh novel in a military SF series that, on the surface, looks like it could be a cousin to David Weber’s Honor Harrington series

Kris Longknife encounters some peaceful aliens who have come to warn humanity of an unidentifiable force that is roaming the galaxy, obliterating everything in its pathâ¿¿a path now leading directly toward the human worlds....