We at SFFWorld wanted to give you plenty of reviews to read over the next week, which here in the US is Thanksgiving. I’ve got my usual review, Dan has a review and Mark went ballistic and posted three reviews.

As promised last week, I finished off and reviewed the third in David Forbes’s Osserian Saga, The Commanding Stone: 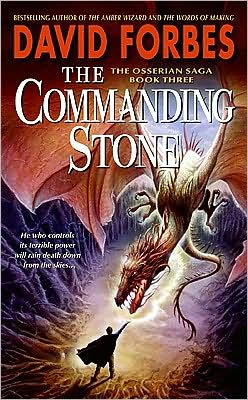 One thing that becomes apparent with each volume in this saga is that David Forbes has a clear vision of where he is taking these characters. Forbes also raises the stakes in this volume, with the threat of returning dragons as a clear indicator that Gerin’s awakening to power as the Amber Wizard was just the first of vast and legendary powers returning to the world.

The novel begins with one young man, Tyne, putting the body of his brother to eternal rest. When the legendary Vanil, giants, awakened in the previous volume, Tyne’s brother was killed. Tyne is grieving, wishing for some kind of retribution, and blames Gerin for his brother’s death. His wish is granted in the form of the titular Commanding Stone, which allows him to bend the will of dragons to his wishes. In short, Tyne makes a deal with the devil, or the Adversary as he’s known in Forbes’s world. 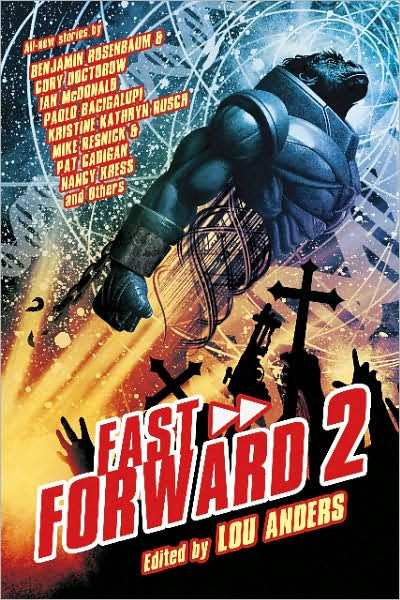 Lou Anders says in his introduction: What follows are fourteen tales, from the comedic to the cautionary, as different as the seventeen writers who penned them, as current as tomorrow, and as wild as imagination –and the only constant in them is the reality and inevitability of change. Because, as this volume testifies, the future lies ahead of us, and it’s coming fast..
.
.
Mitigation, Karl Schroeder & Tobias S. Buckell - A few years from now, with global warming wreaking astonishing second and third order havoc, the seeds secreted away at Svalbard become booty, a treasure some countries want to acquire for their own survival, not by using them but by ransoming them. A man and a woman set out to prevent this disaster but their individual solutions differ. A nice twist tells us who succeeded.

As I said, Mark reviewed three books, the first I’ll link to is the 9th Dresden Files novel by Jim Butcher, White Night:

So, as we reach Book Nine of the Dresden Files series (yes, Book Nine!) what can we say that hasn’t already been said?

Surely, by this point fans are already converted and newbies pointed towards earlier books?

Usually by this point, it’s all been done. Hasn’t it?

Well, White Night is still determinedly Dresden. There’s still that dark humour and dry, Butcher drawl spoken through Harry. There’s still the broad range of engaging supporting characters. As you might expect from this far into a series, much of the tale derives its entertainment not from telling anything particularly new but rather from the development of characters and events earlier in the novels.

Another book Mark reviewed is the debut from Jess Bullington, The Sad Tale of the Brothers Grossbart by Jesse Bullington:

The Sad Tale of the Brothers Grossbart by Jesse Bullington is a morality tale for characters with no morals. It is dark, cynical, and at times unpleasant, VERY unpleasant. And yet, in that strange watching a car-crash manner, an enthralling read.

Written in the style of a Brothers Grimm tale, the story tells of Hegel and Manfried Grossbart, whose ugliness on the outside pales to insignificance with their internal malaise. They think nothing of setting alight people who they think have wronged them, of cracking skulls and breaking limbs when the needs arise, whilst often debating their actions in the highest of moral tones..

Lastly, Mark took a look at an interesting non-fiction memoir of one woman’s year of reading, Susan Hill’s Howards End is on the Landing: A Year of Reading from Home: 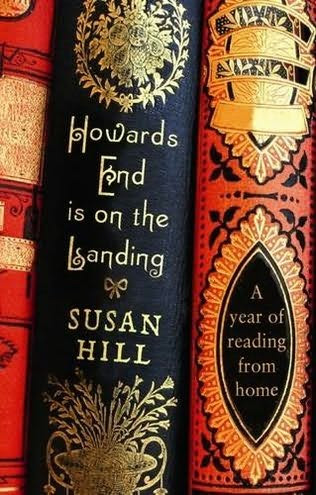 It’s not an easy job, but Susan Hill manages it. Perhaps it should be expected, for Susan Hill’s reputation as a publisher (Long Barn Books) and a writer (ghost stories The Woman in Black and The Man Who Turned Into a Picture, for example) is well known in England, if not elsewhere.