A few books this week, as usual. You should all know the drill by now. 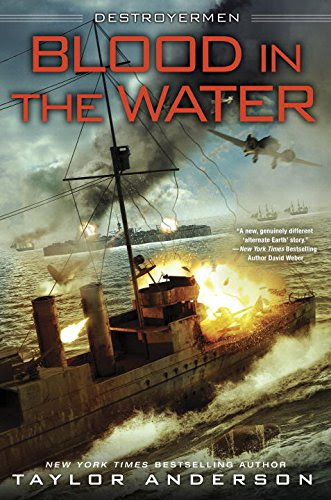 Blood in the Water (Destroyermen Book 11) by Taylor Anderson (Roc Hardcover 06/15/2016 ) – I’ve read and enjoyed the first trilogy (Into the Storm, Crusade, and (Maelstrom) and haven’t read another since the fourth one, Distant Thunders.

Ever since the USS Walker came from another world war to defy the terrifying Grik and diabolical Dominion, Matt Reddy and his crew have given their all to protect the oppressed Lemurians. But with the Walker in desperate need of repairs just as the Grik’s First General is poised to strike, Reddy is desperate.

With more enemies than ever before arrayed against them, the crew of the Walker needs new allies. That means combing the lethal wilds of Madagascar to find the Lemurians’ fabled ancestors, as well as the enigmatic dwellers east of the Pass of Fire. But what Reddy’s crew unearths may be more than they can handle—discoveries so shattering they could tilt the balance of the war in either direction.

But Reddy’s greatest adversary is from his past: a madman named Kurokawa whose single-minded mission of revenge will shake the Alliance to its core and raise the stakes to the most personal and terrifying levels Reddy has ever faced. 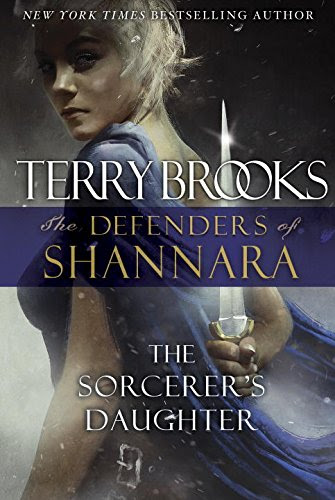 The Sorcerer’s Daughter (Defenders of Shannara) by Terry Brooks (Del Rey Hardcover 05/24/2016) – Ever since Aidan’s review of The Wards of Faerie and The Bloodfire Quest, I’ve been hanging on to the copies of Brooks’ novels I’ve been sent for review., this one follows on after The Darkling Child

The inspiration for the epic MTV series, the world of Shannara is brimming with untold stories and unexplored territory. Now bestselling author Terry Brooks breaks new ground with a standalone adventure that’s sure to thrill veteran readers and recent converts alike. The mysterious, magic-wielding Druid order has existed for long ages, battling any evil that threatens the Four Lands—and struggling to be understood and accepted by outsiders. But their hopes of building goodwill are dashed when a demon’s murderous rampage at a peace summit leaves their political opponents dead—casting new suspicions upon the Druids and forcing them to flee from enemies both mortal and monstrous. Paxon Leah, the order’s appointed protector, knows that blame lies with Arcannen Rai, the vile sorcerer he has battled and defeated before. But there’s no time to hunt his nemesis, if he is to lead the wrongfully accused Druids to their sanctuary. It is a quest fraught with danger, as a furious government agent and his army snap at their heels, and lethal predators stalk them in the depths of the untamed wilderness. But Arcannen is playing a deeper game than Paxon realizes. Paxon’s sister possesses a powerful magic that the sorcerer longs to control—but Arcannen has not reckoned with the determination of his own estranged daughter, Leofur, who is also Paxon’s devoted lifemate. Leofur sets out on a perilous quest to thwart her father’s desires—while the vengeful Arcannen conjures his blackest magical skills, determined to destroy them all . . . and claim the most powerful of magics for his own. 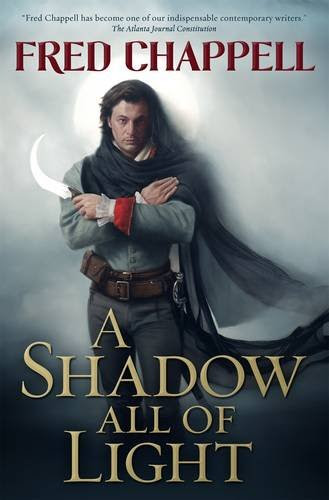 A Shadow of All Light by Fred Chappell (Tor Hardcover 04/12/2016) – Chappell has some serious literary chops, having won literary prizes, Poet Laureate of North Carolina, and an English Professor at UNC Greensboro.

Fred Chappell's A Shadow All of Light, a stylish, episodic fantasy novel, follows the exploits of Falco, a young man from the country, who arrives in the port city of Tardocco with the ambition of becoming an apprentice to a master shadow thief. Maestro Astolfo, whose mysterious powers of observation would rival those of Sherlock Holmes, sees Falco's potential and puts him through a grueling series of physical lessons and intellectual tests.

Falco's adventures coalesce into one overarching story of con men, monsters, ingenious detection, cats, and pirates. A wry humor leavens this fantastical concoction, and the style is as rich and textured as one would hope for from Chappell, a distinguished poet as well as a World Fantasy Award-winning fantasy writer. 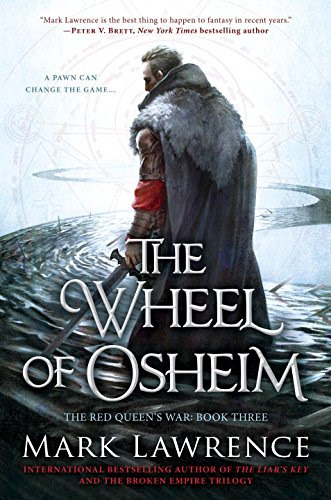 The Wheel of Osheim (Book three of The Red Queen’s War) by Mark Lawrence (Hardcover 06/07/2016 Ace) – Final installment in the Mark’s follow-up series to The Broken Empire. Now that I have all three, I will hopefully get to at least the first one, Prince of Fools soon.


Mark Lawrence’s “epic fantasy” (The Washington Post) continues as a reluctant prince returns from the bowels of Hell to engage in his greatest battle yet—among the living and the dead.

All the horrors of Hell stand between Snorri Ver Snagason and the rescue of his family, if indeed the dead can be rescued. For Jalan Kendeth, getting back out alive and with Loki’s key is all that matters. Loki’s creation can open any lock, any door, and it may also be the key to Jalan’s fortune back in the living world.

Jalan plans to return to the three w’s that have been the core of his idle and debauched life: wine, women, and wagering. Fate however has other plans, larger plans. The Wheel of Osheim is turning ever faster, and it will crack the world unless it’s stopped. When the end of all things looms, and there’s nowhere to run, even the worst coward must find new answers. Jalan and Snorri face many dangers, from the corpse hordes of the Dead King to the many mirrors of the Lady Blue, but in the end, fast or slow, the Wheel of Osheim always pulls you back. In the end it’s win or die.