Back from Vacation, but for How Long?

It’s been a while since I posted here, with vacation and another thing or two taking up my time. One of which was catch up at work after vacation and the other can be seen at the bottom of this post.

As for my latest review, it is of a modern classic of the genre. Or, at the very least, part of one of the modern classic Science Fiction series. That series is Iain M. Banks’s The Culture and the book is The Player of Games 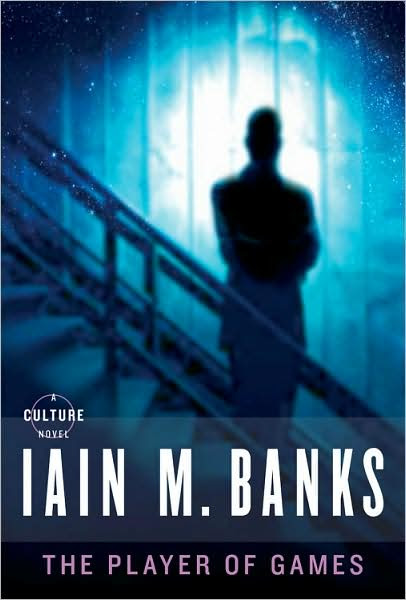 As the title would indicate, Gurgeh is a renowned game player in the Culture and he is offered a chance to compete at what is considered a very complex game that defines a society not part of the Culture itself – the Azad. Azad is the name of the game and the society. The background here is that the Culture doesn’t make its presence known to planets or societies that don’t have sufficiently advanced technology, which happens to be the case with Azad. The Culture wishes to use Gurgeh to get a feel for the civilization of Azad and whether or not Azad is a threat or potential ally. Fluffing out that straightforward plot is the complexity of how Gurgeh was ‘recruited’ by the Culture to infiltrate Azad.

Mark/Hobbit asked, after I bounced him the review for a once-over before I posted it to SFFWorld, if I was less enthralled because the book was 20+ years old and was perhaps dated. I don’t think so, because I didn’t find the plot entirely enthralling and even the description didn’t light off all my bells before reading it. That said, what I’ve read of Banks I really enjoyed so I felt it necessary to read the book, and I want to make my way through the entire The Culture saga. Specifically, I do want to jump into Use of Weapons as I’ve heard/seen/read great things about the book.

As for the other reason my blogging and net life has been less active? We’ll the o’ Stuff household has grown a bit in the past week as we adopted a puppy last week. Her name is Sully, after the lead singer of our favorite band Godsmack. Yeah we know Sully of Godsmack is a man our dog is a girl, but she won’t know the difference. Her mother is Great Pyrenees and the rescue organization from whom we adopted her thinks the father was a Labrador Retriever. Of course, most places will default to the Lab since the breed is so loved and the most popular breed. Regardless, Sully is active, curious, very smart, fun, and can be a bit of a handful. Then again, she’s a puppy so that’s to be expected. 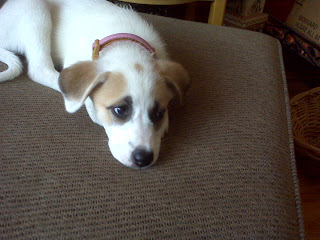 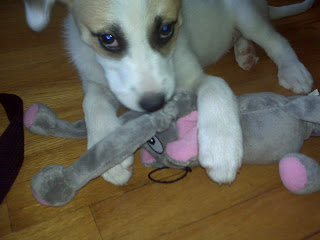 I'll still be posting links to SFFWorld reviews. I may continue my Books in the Mail posts, they are more time consuming to post than one would expect, so maybe I'll just add highlights of rather than the entire weekly haul. I hope my millions of readers like dogs, because I'll probably continue to post pictures of the crazy four-legged ball of fur.