Swords and Toys and Demons and Vamps-OH MY!

I’ve got a slew of SFFWorld reviews to link today, as Mark/Hobbit has been providing some good ones over the past couple of weeks.
First up is Mark’s review of Swords and Dark Magic: The New Sword and Sorcery edited by Jonathan Strahan and Lou Anders. The anthology has been getting mixed reviews across the intarwebs, and Mark is no different (contrast with my review): 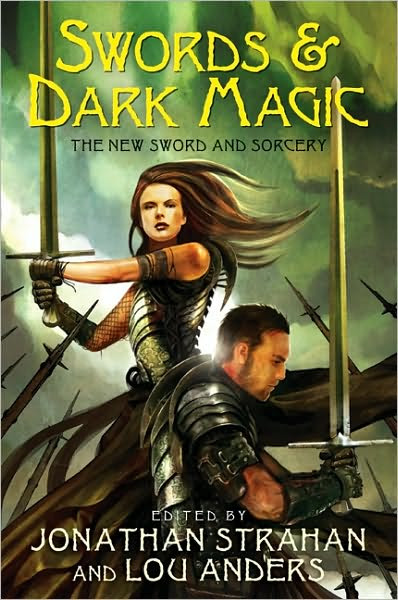 … when the two editors are known as a couple of the best in the business currently, you would expect a healthy selection of the best tales from the best.

The nature of story collections is that there are bound to be stories that you like better than others. Usually though I can say whether I liked the collection or not. Silverberg’s Legends, for example, published in 1998, and its sequel Legends II (2003) had the same intent as this, to showcase the best Fantasy and had some unusual yet interesting choices that made me read more of some authors I had not read.

Here, with the same aim, there were no authors I had not encountered before and all of whom previously I would’ve said were good, but the overriding cumulative impression in the end here is much less positive.

My latest review is of a graphic novel that really took me by surprise, is The Stuff of Legend V1: The Dark by Mike Raicht, which tells the story of a boy’s toys that come to life in order to save him from the Boogeyman. 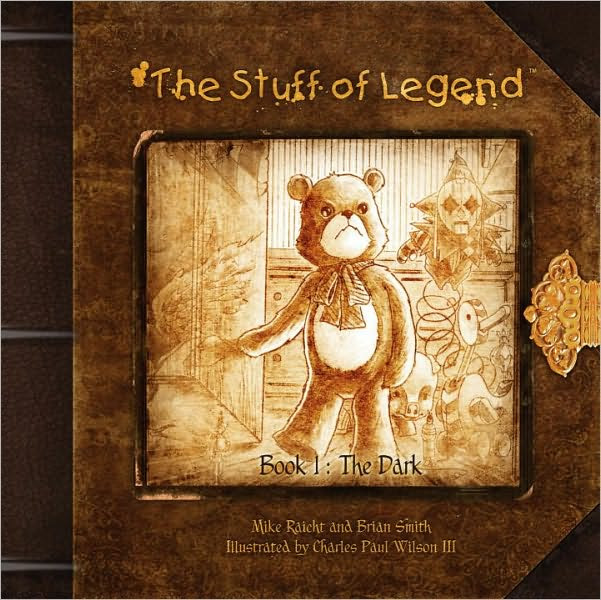 When this book first arrived, I wasn’t sure what to think of it. Two blurbs on the book; however, immediately impressed me – Brian K. Vaughan and Frank Quietly, two modern comic creator greats – which gave me the impetus to try the book. As soon as I started reading the first page, I was unable to put it down until I finished it. The narrative immediately drew me in and Wilson’s art was perfectly suited for the tale, both the style and color tone used. Though the art is neither black and white nor full color, a muted sepia tone is employed lending a nice aged, authentic, and historical feel to the story told.

A series about which Mark and I agree is Charlie Stross’s Laundry Files and Mark jumped into the latest book in the series, The Fuller Memorandum, and gave his thoughts: 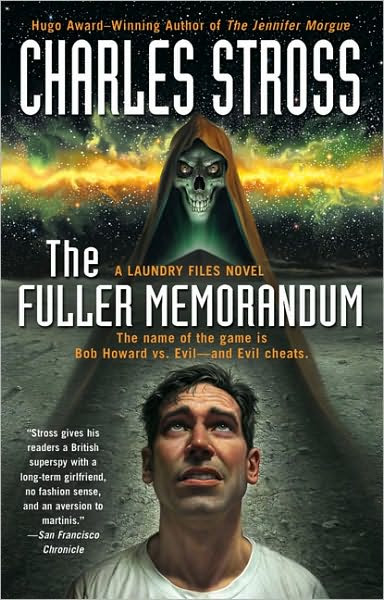 … For those who are not aware, Bob’s an IT technician who over the length of the series has become a bit more than your usual computer fixer-upper. By Book 3 he’s married to Mo (Doctor Domanique O’Brien, if you like) and a key operative under the stern, watchful eye of his mentor, Angleton.
.
.
.
After dealing with Nazis and megalomaniacs in previous tales (not to mention concrete cows in Milton Keynes) this time Bob’s involved with the Russians. As a result, we’re dealt secret London Underground Tube stations, equally labyrinthine corridors of bureaucracy, administrative red tape galore, zombie servants (though they’re called Residual Human Resources here), a great dollop of the Laundry’s past history and a wealth of deliberately silly codenames, from TEAPOT to CASE NIGHTMARE GREEN. It’s not just codenames - the ubiquitous iPhone gets a look in too, albeit renamed the JesusPhone, obviously for its arrival being seen as the Second Coming.

Lastly, Mark reviewed what he think isn’t just “yet another vampire novel,” The Strain by Guillermo del Toro and Chuck Hogan:

… In this season of vampires, there’s a lot to choose from. From the Twilight series to Anita Blake, from Justin Cronin’s The Passage to.... well, this would be a pretty good alternative.

The tale hits the ground running with the arrival of Flight 753 in New York. All seems well, but on landing the plane suddenly goes dark. Covert observations show dead passengers sat in their seats with no signs of stress or trauma. There are seemingly no survivors, neither passengers or crew.
.
.
.
This is a fast paced blockbuster of a novel that starts fast and maintains the pace pretty much throughout. Unsurprisingly perhaps, Guillermo (director of Pan’s Labyrinth, Chronos and Hellboy I and II) brings a dynamic filmic quality to the book, though this is more than a bloated film script.