It’s been a while since I showed off my pooch, so here she is: 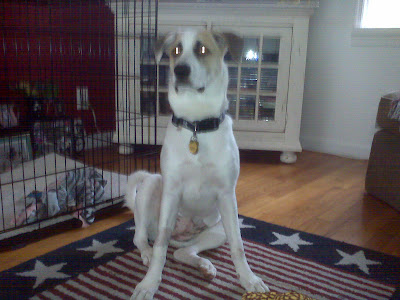 We’ve posted some new reviews at SFFWorld in recent days, including review of one of the more anticipated installments of a newish multi-volume fantasy saga, Peter V. Brett’s The Desert Spear: 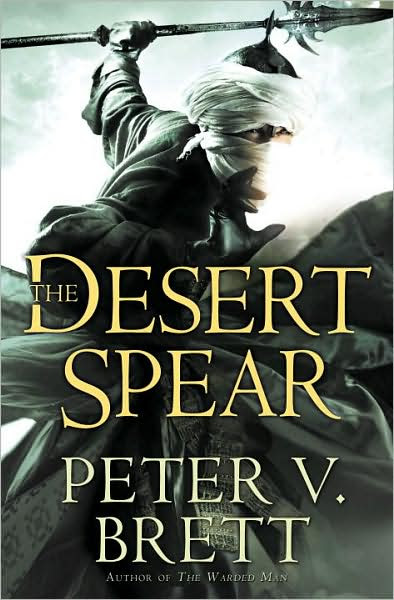 When I read The Warded Man last year, I was thoroughly impressed with Peter V. Brett’s storytelling ability and how assured his voice as a writer was. I ranked the book in my top five reads of 2009 and it was easily the best debut I read in 2009. In other words, Mr. Brett set the bar pretty high for himself, and perhaps unsure of whether or not The Desert Spear could live up to the promise of The Warded Man, I did not read The Desert Spear immediately upon the book’s publication. I shouldn’t have hesitated because Brett follows his superb debut with a novel that is at least the equal of its predecessor in The Desert Spear and in other cases, improves upon the foundation he initially laid.

As with the first volume, Brett handles the world-building aspect very well. The details are not overwrought and come through the characters themselves, giving the world a more rich and vibrant feel. We see more of civilization with the people of Krasnia and just how divergent people have become as they’ve effectively lost the ability to live at night.

Mark has reviewed a couple of classics which have recently been re-issued. With Hallowe’en just around the corner, his review of The Pan Book of Horror Stories by Herbert van Thal is quite timely:

So: in this reissue, with a new introduction by Johnny Mains, we have a new edition of a book that otherwise stays the same, even down to the original cover of a black cat’s face on a black background (related to the Bram Stoker tale in the book) and the 3’6 price label in the bottom right corner of the cover.

We have twenty-two tales, from some familiar names – as well as the aforementioned Bram Stoker, there’s also Jack Finney, Nigel Kneale, C.S. Forester, and Seabury Quinn – to others which are less so these days – Hester Holland, L.P. Hartley, Hamilton Macallister, anyone?

The subject of Mark’s other review is The Food of the Gods by H.G. Wells: 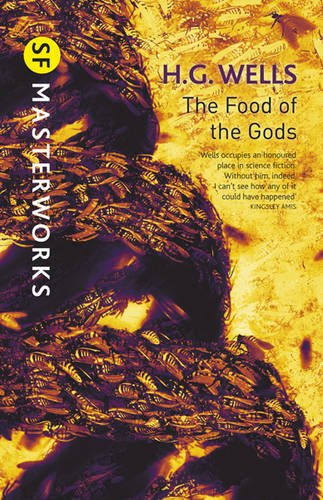 For a book that is over a hundred years old, this book (as mentioned in the new introduction by Adam Roberts) is surprisingly relevant in these days of Frankenstein foods and genetic modification. The corrupt politician, the restrictions of a hierarchical class society, bureaucratic ineptitude, the gullibility of the masses and the influence of the media are surprisingly apt keystones, not just for the 20th but also for the 21st century. In this study of ‘Man versus Science’, though the technology in Wells’ tale may be different, the social consequences are both appropriate and thought-provoking. Wells manages to show the consequences of scientific progress, whilst warning of corruptible politicians and evoking the inequality of slavery.