Here's the weekly round-up of arrivals for review at the o' Stuff...

The Isis Collar (Blood Singer #4) by Cat Adams (Tor, Trade Paperback 03/13/2012) – Very nearly a year after the third book in the series published, the fourth hits bookshelves. The series is about a half-human/half-vampire professional bodyguard Celia Graves who lives in an alternate California where vampires stalk the alleys at night, werewolves are dangerous animals to be feared and the police have witches and telepaths to help do their job. Of course, so do the criminals.

Celia Graves was once an ordinary human, but those days are long gone. Now she strives to maintain her sanity and her soul while juggling both vampire abilities and the powers of a Siren.

Warned of a magical “bomb” at a local elementary school, Celia forces an evacuation. Oddly, the explosion seems to have no effect, puzzling both Celia and the FBI. Two weeks later, a strangely persistent bruise on Celia’s leg turns out to be the first sign of a magical zombie plague.

Finding the source of the plague isn’t Celia’s only concern. Her alcoholic mother has broken out of prison on the Sirens’ island; her little sister’s ghost has possessed a young girl; and one of Celia’s boyfriends, a powerful mage, has disappeared. 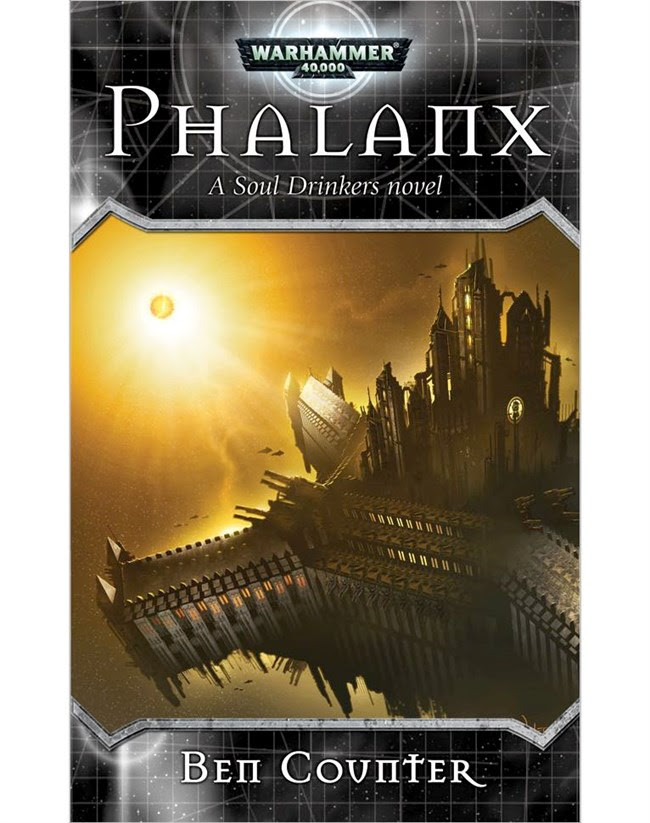 Phalanx edited by Ben Counter (Black Library, Mass Market Paperback 04/03/2012) – Counter’s latest is a jump from his Horus Heresy novels, though still set in the far future of WH40K.


Phalanx, the great star fort of the Imperial Fists, is playing host to Space Marines from half a dozen Chapters, alongside Inquisitors, Sisters of Battle and agents of the Adeptus Mechanicus. They have come together to witness the end of a Space Marine Chapter, as the once-noble Soul Drinkers, now Chaos-tainted renegades and heretics, are put on trial for their crimes against the Imperium. But dark forces are stirring and even this gathering of might may not be enough to guard against the evil that is about to be unleashed...

The epic Soul Drinkers series concludes in this action-packed novel from the acclaimed author of Galaxy in Flames. Phalanx first appeared as a serialised novel in Hammer & Bolter issues 1 to 12. 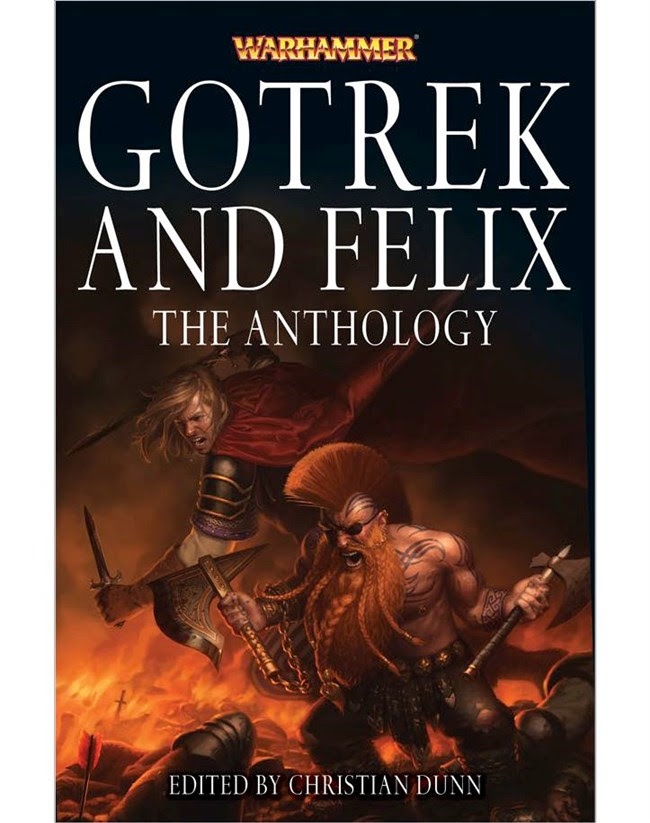 Gotrek and Felix: The Anthology edited by Christian Dunn (Black Library, Mass Market Paperback 04/03/2012) – A collection of short stories centering on the most popular duo from the “Old World” of Warhammer, the Fahfrd and Grey Mouser if you will.


Gotrek and Felix: unsung heroes of the Empire, or nothing more than common thieves and murderers? The truth perhaps lies somewhere in between, and depends entirely upon whom you ask... Within these pages you will find the untold tales of the adventuring duo, some of which undoubtedly even they would rather remain a secret. From the wastelands of the north to the mystical cities of Araby, and from the orcs of Karak Azgal to the ogres of Skabrand – their exploits are recalled and their legend grows. 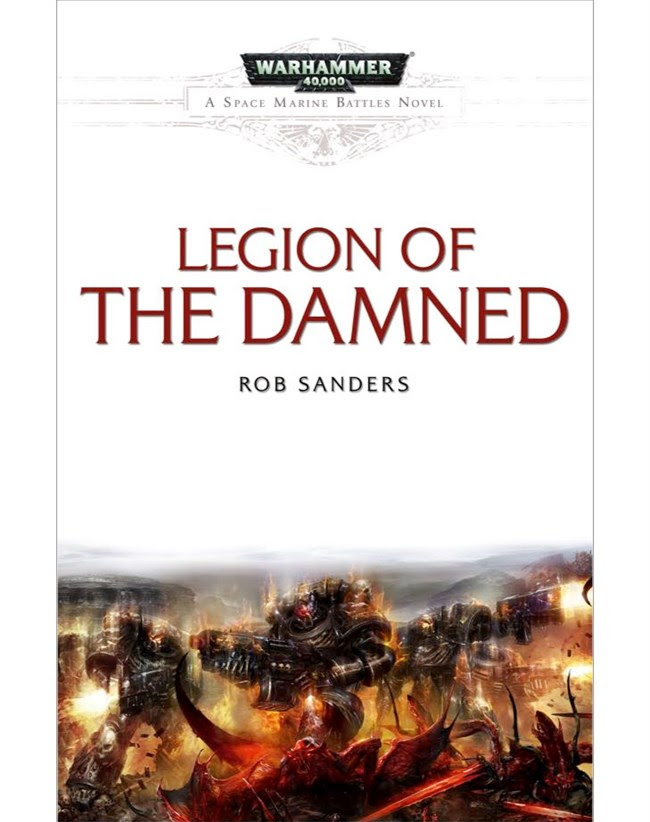 Legion of the Damned by Rob Sanders (Black Library, Mass Market Paperback 04/03/2012) – This is Sanders third novel for Black Library, and like the previous two, is set in the far future WH40K.


Following the trajectory of a blood-red comet, the berserk World Eaters blaze a path of destruction across the galaxy in its wake. The small cemetery world of Certus Minor appeals to the Space Marines of the Excoriators Chapter for protection, but the force dispatched to deal with this grim threat is far too small and their losses against the renegades are high. Just as all seems lost, salvation is borne out of legend itself as sinister spectral warriors descend upon this planet of the dead, and the enemies of the Imperium come face to face with those who have already travelled beyond the realm of the living... 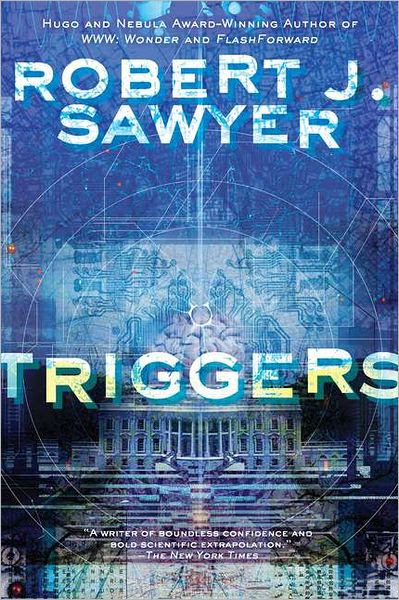 Triggers by Robert J. Sawyer (Ace Hardcover 04/03/2012) – Here Sawyer turns his hands back to the SF thriller, something at which he is equally adept at writing:

On the eve of a secret military operation, an assassin's bullet strikes President Seth Jerrison. He is rushed to the hospital, where surgeons struggle to save his life.

At the same hospital, researcher Dr. Ranjip Singh is experimenting with a device that can erase traumatic memories.

Then a terrorist bomb detonates. In the operating room, the president suffers cardiac arrest. He has a near-death experience-but the memories that flash through Jerrison's mind are not his memories.

It quickly becomes clear that the electromagnetic pulse generated by the bomb amplified and scrambled Dr. Singh's equipment, allowing a random group of people to access one another's minds.

And now one of those people has access to the president's memories- including classified information regarding the upcoming military mission, which, if revealed, could cost countless lives. But the task of determining who has switched memories with whom is a daunting one- particularly when some of the people involved have reason to lie...