Two books I’ve been anticipating for quite some time, one since closing the pages of its predecessor the other since its publication was announced. 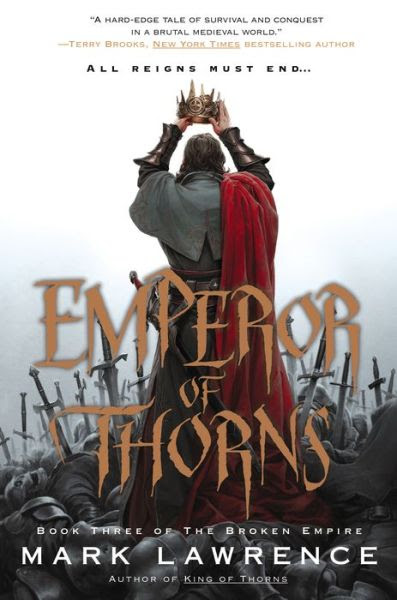 Emperor of Thorns (Book Three of The Broken Empire) by Mark Lawrence (Hardcover 08/07/2012 Ace) – The first two installments of Lawrence’s epic trilogy were fantastic (Prince of Thorns and King of Thorns) and I’m very much looking forward to reading how Lawrence resolves the story.

Mark Lawrence brings to a thrilling close his epic trilogy of a boy who would be king, a king who would desire an empire—and an empire on the edge of destruction…

His goal—revenge against his father—has not yet been realized, and the demons that haunt him have only grown stronger. Yet no matter how tortured his path, he intends to take the next step in his upward climb.

For there is only one power worth wielding…absolute power.

Jorg would be emperor. It is a position not to be gained by the sword but rather by vote. And never in living memory has anyone secured a majority of the vote, leaving the Broken Empire long without a leader. Jorg has plans to change that—one way or the other. He’s uncovered even more of the lost technology of the land, and he won’t hesitate to use it.

But he soon finds an adversary standing in his way, a necromancer unlike any he has ever faced—a figure hated and feared even more than himself: the Dead King.

The boy who would rule all may have finally met his match... 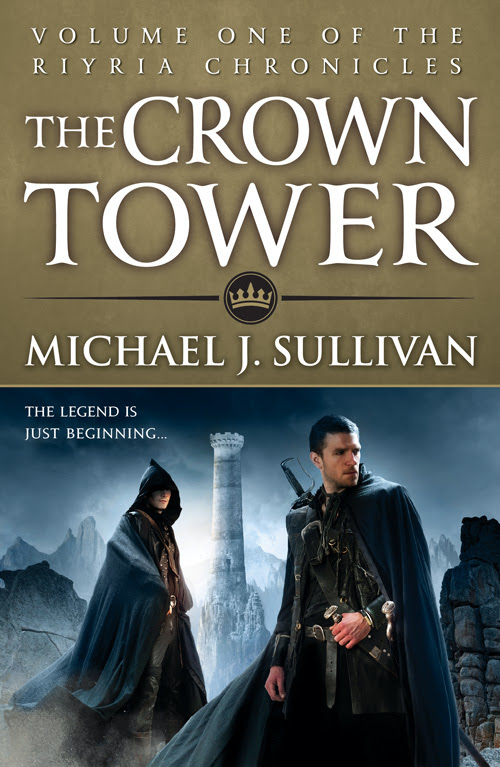 The Crown Tower (Volume 1 of The Riyria Chronicles) by Michael J. Sullivan (Orbit, Trade Paperback 08/06/2013) – I really enjoyed the six book/three omnibuses Orbit published of Sullivan’s Riyria Revelations about a year ago (Theft of Swords, Rise of Empire, and Heir of Novron). This book is the first of a prequel duology chronicling how Royce and Hadrian formed the Riyria. This is the finished copy of the e-ARC I received a few weeks ago.

Two men who hate each other. One impossible mission. A legend in the making.

Hadrian Blackwater, a warrior with nothing to fight for, is paired with Royce Melborn, a thieving assassin with nothing to lose. Hired by an old wizard, they must steal a treasure that no one can reach. The Crown Tower is the impregnable remains of the grandest fortress ever built and home to the realm's most prized possessions. But it isn't gold or jewels that the wizard is after, and if he can just keep them from killing each other, they just might succeed.

I've got Emperor cued up for a read as well. In fact, here's what I'm reading