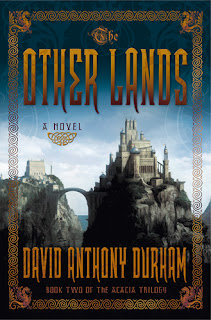 I haven't had much activity reviewing at SFFWorld in the past couple of weeks for a couple of reasons.

First, the books I have been reading, David Anthony Durham's spectacular Acacia novels are large and take a lot of my attention.  The first one is  re-read which I mentioned last week that I initially reviewed in 2007. As I'm reading second novel The Other Lands, the story continues to keep my attention in a very powerful way whereas other books which have taken as long for me to read fell to the wayside. I short, as I've said before, Durham is a great storyteller.

Secondly, I've been doing weekly Orphan Black posts for Tor.com as I mentioned in my last blog post.

Thirdly and fourthly, depending on how you choose to count it, I've had a couple of things go live at SF Signal this week.  Wednesday, the Mind Meld Paul Weimer invited me to give thought to: Everything You Always Wanted to Know About Genre Series: Series vs. Standalones; Ones We Abandoned; Ones We Returned To.  Here's a bit of what I said (and of course I mentioned Acacia):

Of course there are series that I read immediately upon publication of a new book in the series: George R.R. Martin’s A Song of Ice and Fire (though I re-read the whole series when each book publishes), any series that Tad Williams has published or will publish, and more recently Myke Cole’s Shadow OPS books, Peter Brett’s Demonwar cycle, and since reading her latest as Rachel Bach, any series Rachel Aaron writes, and so on and so forth…

Yesterday, the latest installment of my column for SF Signal, The Completist went live wherein I pull from a decade plus time laps since reading Jeffrey Ford's Well-Built City trilogy to try to expound upon the books powerful virtues. 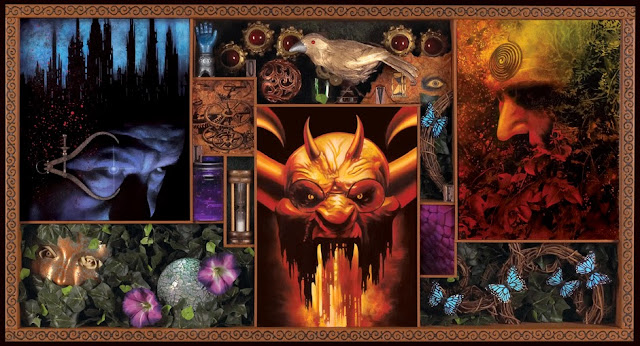 These novels should not be dismissed for their short length, as the three combined are smaller than many fantasy novels with which they share shelf space. The combination of literary weight and breadth of imagination on display in these three novels (frankly, all of the work I’ve read by Jeffrey Ford) is nothing short of brilliance. At the intersection of Fantasy, Science Fiction, and Horror lies The Well-Built City, enter at your own risk, but the rewards will spoil you for other fantasy, for nothing is quite like it.