Just a few books this week, a nice down turn from the previous week's big batch of arrivals. Torius Vin is perfectly happy with his life as a pirate captain, sailing the Inner Sea in search of plunder with a bold crew of buccaneers and Celeste, his snake-bodied navigator and one true love. Yet all that changes when his sometimes-friend Vreva - a high-powered courtesan and abolitionist spy in the slaver stronghold of Okeno - draws him into her shadowy network of insurgents. Caught between the slavers he hates and a navy that sees him as a criminal, can Torius continue to choose the path of piracy? Or will he sign on as a privateer, bringing freedom to others - at the price of his own? From fan-favorite author Chris A. Jackson comes a tale of espionage and high-seas adventure, set in the award-winning world of the Pathfinder Roleplaying Game. 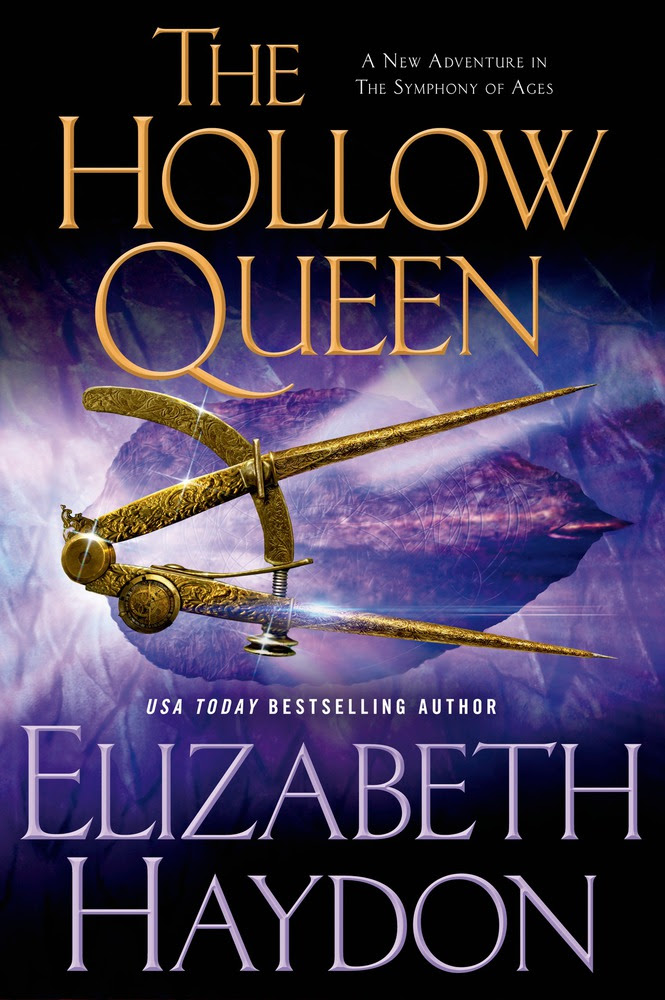 The Hollow Queen (The Symphony of Ages #8) by Elizabeth Haydon (Tor Hardcover 06/02/2015) – A little less than a year since the previous installment of the series, The Merchant Emperor Haydon and Tor publish volume 8 I read the first three books in this series years ago when they first published (Rhapsody, Prophecy, and Destiny) and remember enjoying them at the time


Acclaimed author Elizabeth Haydon returns with a heartbreaking tale of love and valor in The Hollow Queen, the eighth installment of her USA Today bestselling Symphony of Ages series that began with Rhapsody.

Beset on all sides by the forces of the merchant emperor Talquist, the Cymrian Alliance finds itself in desperate straits. Rhapsody herself has joined the battle, wielding the Daystar Clarion, leaving her True Name in hiding with her infant son. Ashe tries to enlist the aid of the Sea Mages. Within their Citadel of Scholarship lies the White Ivory tower, a spire that could hold the key to unraveling the full extent of Talquist’s machinations. Achmed journeys to the reportedly unassailable palace of Jierna Tal, to kill emperor Talquist—all the while knowing that even if he succeeds, it may not be enough to stop the momentum of the war.

As they struggle to untangle the web of Talquist’s treachery, the leaders of the Cymrian alliance are met with obstacles at every turn. Rhapsody soon realizes that the end of this war will come at an unimaginable price: the lives of those she holds dearest. Nightblade (A Pathfinder Tales novel) by Liane Merciel (Paizo Mass Market Paperback 11/04/2014) – I read Merciel’s first book, Nightglass for Pathfinder a couple of years ago, this one seems to follow-up on that story.

Where Demons Fear to Tread
Raised as a wizard-priest in the church of the dark god Zon-Kuthon, Isiem escaped his sadistic masters and became a rebel, leaving behind everything he knew in order to follow his conscience. Now, his unique heritage makes him perfect for a dangerous mission into an ancient dungeon said to hold a magical weapon capable of slaying demons and devils by the thousands and freeing the world of their fiendish taint. Accompanied by companions ranging from a righteous paladin to mercantile mercenaries, Isiem will lead the expedition back into shadowed lands that are all too familiar. And what the adventurers find at the dungeon’s heart will change them all forever.

From acclaimed author Liane Merciel comes a dark tale of survival, horror, and second chances, set in the award- winning world of the Pathfinder Roleplaying Game.
at 2/15/2015