Only one the books to arrive this week was a physical book, the remaining were ebooks. Some neat looking titles, too.

Dark Intelligence (Transformation Book One) by Neal Asher (Nightshade books Trade Paperback 02/03/2015) – Latest chapter in Asher’s mega popularPolity series, though this one launches a new series that seems a good entry point for new readers. The only book I’ve read from Neal is The Skinnerwhen it was the SFFWorld SF Book Club selection back in August 2005. .


One man will transcend death to seek vengeance. One woman will transform herself to gain power. And no one will emerge unscathed...

Thorvald Spear wakes in a hospital to find he's been brought back from the dead. What's more, he died in a human vs. alien war that ended a century ago. Spear had been trapped on a world surrounded by hostile Prador forces, but Penny Royal, the AI inside the rescue ship sent to provide backup, turned rogue, annihilating friendly forces in a frenzy of destruction and killing Spear. One hundred years later the AI is still on the loose, and Spear vows for revenge at any cost.

Isobel Satomi ran a successful crime syndicate, but after competitors attacked she needed power and protection. Negotiating with Penny Royal, she got more than she bargained for: Turning part-AI herself gave Isobel frightening power, but the upgrades hid a horrifying secret, and the dark AI triggered a transformation that has been turning her into something far from human…

Spear hires Isobel to track Penny Royal across worlds to its last known whereabouts. But he cheats her in the process and quickly finds himself in her crosshairs. As Isobel continues to evolve into a monstrous predator, it’s clear her rage will eventually win out over reason. Will Spear finish his hunt before he himself becomes the hunted?

Dark Intelligence is the explosive first novel in a brand new trilogy from military SF master Neal Asher and a new chapter in his epic Polity universe. 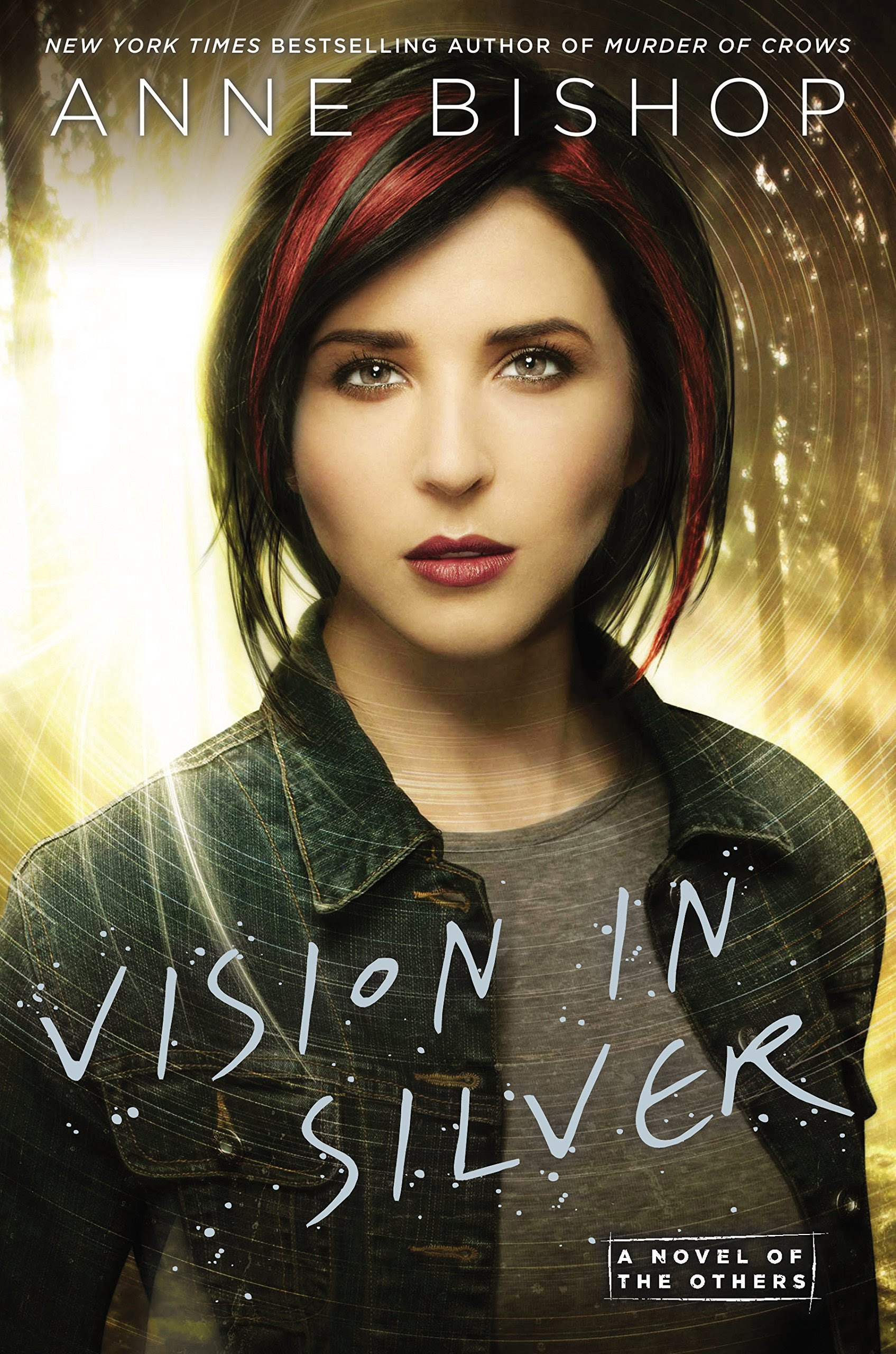 Vision in Silver (The Others #3) by Anne Bishop (Ace Hardcover 03/03/2015) – Bishop is a huge name in the genre, one of those big-selling well-received writers who churns out book after book. While she made a name for herself with fantasy of the more Epic variety, this urban fantasy series (this being the third book) seems to be growing her fanbase even more.

The Others freed the cassandra sangue to protect the blood prophets from exploitation, not realizing their actions would have dire consequences. Now the fragile seers are in greater danger than ever before—both from their own weaknesses and from those who seek to control their divinations for wicked purposes. In desperate need of answers, Simon Wolfgard, a shape-shifter leader among the Others, has no choice but to enlist blood prophet Meg Corbyn’s help, regardless of the risks she faces by aiding him.

Meg is still deep in the throes of her addiction to the euphoria she feels when she cuts and speaks prophecy. She knows each slice of her blade tempts death. But Others and humans alike need answers, and her visions may be Simon’s only hope of ending the conflict.

For the shadows of war are deepening across the Atlantik, and the prejudice of a fanatic faction is threatening to bring the battle right to Meg and Simon’s doorstep…

A near-future thriller where those who protect humanity are not always completely human.


The future is a dangerous place. Keeping the world stable and peaceful when competing corporate interests and nation-states battle for power, wealth, and prestige has only gotten harder over the years. But that’s the United Nations’ job. So the UN has changed along with the rest of the world. When the UN’s “soft” diplomacy fails, it has harder options. Quiet, scalpel-like options: The Dead—biologically enhanced secret operatives created by the UN to solve the problems no one else can.
Anwar Abbas is one of The Dead. When the Controller-General of the UN asks him to perform a simple bodyguard mission, he’s insulted and resentful: mere bodyguard work is a waste of his unique abilities. But he takes the job, because to refuse it would be unthinkable.

Anwar is asked to protect Olivia del Sarto, the host of an important upcoming UN conference. Olivia is head of the world’s fastest-growing church, but in her rise to power she has made enemies: shadowy enemies with apparently limitless resources.

Anwar is one of the deadliest people on earth, but her enemies have something which kills people like him. And they’ve sent it for her. It’s out there, unstoppable and untraceable, getting closer as the conference approaches.

As he and Olivia ignite a torrid affair, Anwar must uncover the conspiracy that threatens to destroy her, the UN, and even The Dead. 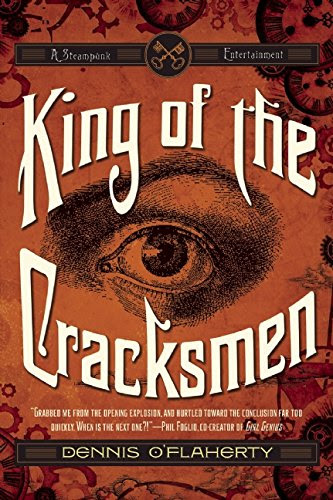 King of the Cracksmen (The Others #3) by Dennis O’Flaherty (Night Shade Books eBook 01/27/2015) – O’Flaherty has a great deal of Hollywood experience and turns those skills to his debut, a steampunk adventure.

The year is 1877. Automatons and steam-powered dirigible gunships have transformed the United States in the aftermath of the Civil War. All of the country’s land west of the Mississippi was sold to Russia nearly fifty years earlier, and “Little Russia,” as it’s now called, is ruled by the son of Tsar Alexander II. Lincoln is still president, having never been assassinated, but he’s not been seen for six months, and rumors are flying about his disappearance. The country is being run as a police state by his former secretary of war Edwin Stanton, a power-hungry criminal who rules with an iron fist.

Liam McCool is an outlaw, known among other crooks as “King of the Cracksmen.” But his glory days as a safecracker and the head of a powerful New York gang end when he’s caught red-handed. Threatened with prison unless he informs on his own brethren fighting a guerilla war against Stanton’s tyranny, McCool’s been biding his time, trying to keeping the heat off him long enough to escape to San Francisco with his sweetheart Maggie. But when she turns up murdered, McCool discovers a trail of breadcrumbs that look to lead all the way up to the top of Stanton’s criminal organization. Joining forces with world-famed lady reporter Becky Fox, he plunges deep into the underground war, racing to find Maggie’s killer and stop Stanton once and for all.

King of the Cracksmen is an explosive, action-packed look at a Victorian empire that never was, partTo Catch a Thief, part Little Big Man, steampunk as you’ve never seen it before