One big highlight among many arrivals this week... 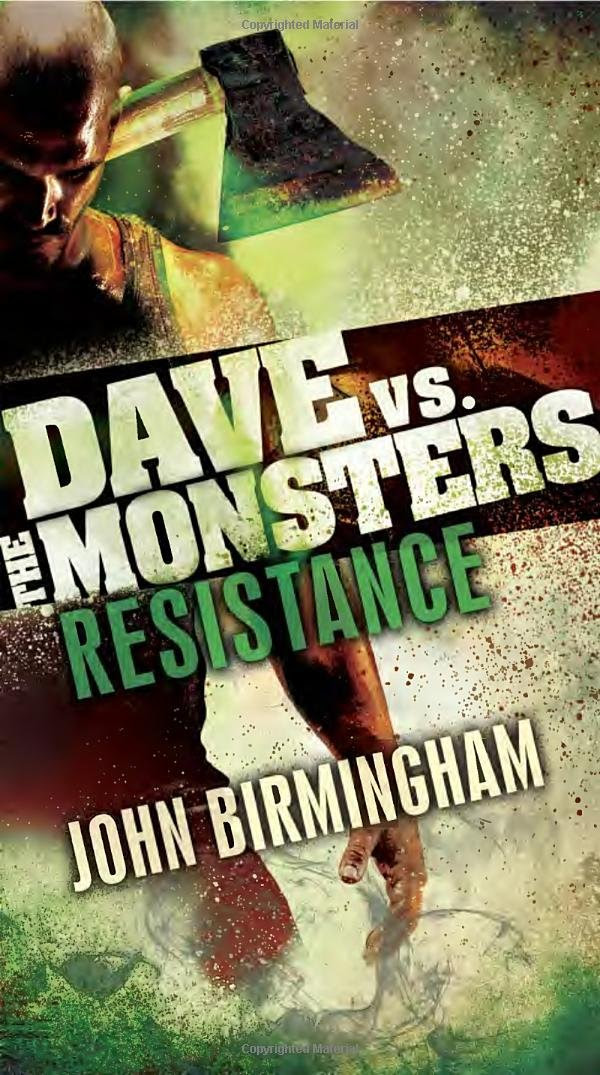 Resistance (Dave Vs. The Monsters #2) by John Birmingham (Del Rey Mass Market Paperback 06/02/2015) – Birmingham makes a slight switch from his alternate history Military SF novels into Military SF mixed with Horror, treading into the Jonathan Maberry and Larry Correia territory. This is the second in the series, Del Rey is pushing these out in monthly installments, at least for the first three.


For fans of Jim Butcher and Kevin Hearne comes an action-packed new urban fantasy series featuring a tough, bleakly funny, down-on-his luck oil rig worker with an unlikely destiny as a monster-slayer and savior of the planet.

When you drop a monster-killer on the Strip, all bets are off.

Holed up in Las Vegas after the tumultuous Battle of New Orleans, Dave is enjoying the VIP perks afforded a champion monster-slayer. He may be a superhero of swag and the toast of the town, but if some fire-breathing dragons have their way, odds are everyone will soon be toast. As the hordes from the UnderRealms regroup for their next attack, Dave parties with celebrities, lunches with A-listers, and gets his ass lawyered up—because his hellacious ex is looking for a piece of that sweet, sweet action.

It’s all good, until new monsters roll in, looking to parley with “the Dave.”

WTF, monsters. Do you think the Dave can’t spot a trap before he falls into it? And when things go to hell at warp 10, a suit from a shadow operation swoops in to offer Dave a deal he can’t refuse. Now Dave’s about to face off against an opponent who makes battling bloodthirsty behemoths look like child’s play—a ravishing Russian spy with a few superpowers of her own. 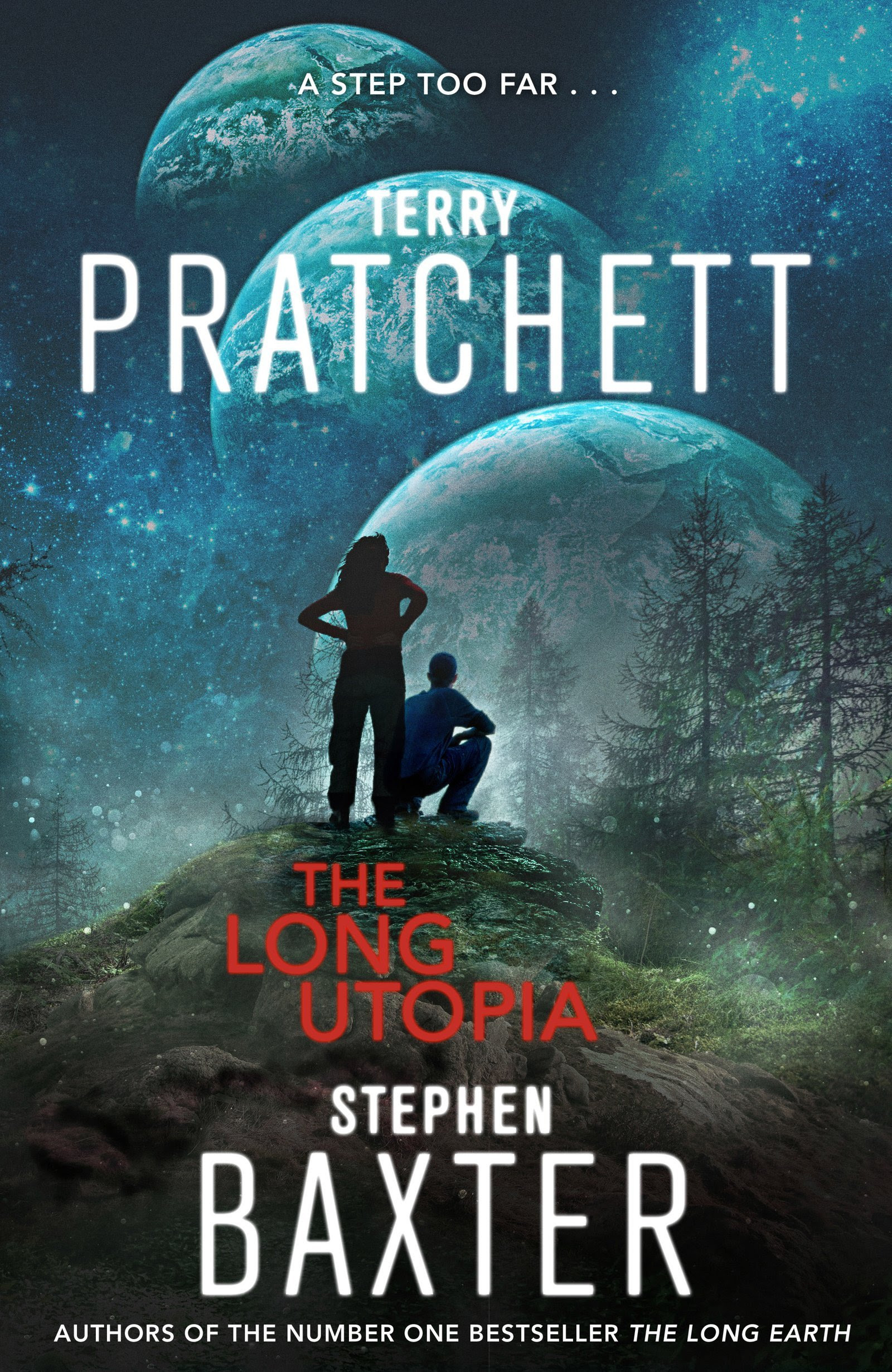 The Long Utopia by Stephen Baxter and Terry Pratchett (Harper Voyager 06/23/2015) – One of the last books Pratchett wrote, I think and second to final book to publish of his.

2045-2059. Human society continues to evolve on Datum Earth, its battered and weary origin planet, as the spread of humanity progresses throughout the many Earths beyond.

Lobsang, now an elderly and complex AI, suffers a breakdown, and disguised as a human attempts to live a “normal” life on one of the millions of Long Earth worlds. His old friend, Joshua, now in his fifties, searches for his father and discovers a heretofore unknown family history. And the super-intelligent post-humans known as “the Next” continue to adapt to life among “lesser” humans.

But an alarming new challenge looms. An alien planet has somehow become “entangled” with one of the Long Earth worlds and, as Lobsang and Joshua learn, its voracious denizens intend to capture, conquer, and colonize the new universe—the Long Earth—they have inadvertently discovered.

World-building, the intersection of universes, the coexistence of diverse species, and the cosmic meaning of the Long Earth itself are among the mind-expanding themes explored in this exciting new installment of Terry Pratchett and Stephen Baxter's extraordinary Long Earth series.

Twelve Kings in Sharakhai (The Shatterred Sands Trilogy Book One) by Bradley P. Beaulieu (DAW Hardcover 09/01/2015) – After a well-received trilogy published by Night Shade Books and Brad himself, this marks Brad’s first book in a new series with publishing giant DAW. I’ve been following Brad on twitter for a while now and I’m really excited to read this one especially with blurbs from John Marco, Robin Hobb, C.S. Friedman, Sarah Chorn, and Aidan Moher.. (Also, Brad is one of the two guys who runs the excellent Speculate SF! Podcast.)


Sharakhai, the great city of the desert, center of commerce and culture, has been ruled from time immemorial by twelve kings—cruel, ruthless, powerful, and immortal. With their army of Silver Spears, their elite company of Blade Maidens, and their holy defenders, the terrifying asirim, the Kings uphold their positions as undisputed, invincible lords of the desert. There is no hope of freedom for any under their rule.

Or so it seems, until Çeda, a brave young woman from the west end slums, defies the Kings’ laws by going outside on the holy night of Beht Zha’ir. What she learns that night sets her on a path that winds through both the terrible truths of the Kings’ mysterious history and the hidden riddles of her own heritage. Together, these secrets could finally break the iron grip of the Kings’ power...if the nigh-omnipotent Kings don’t find her first. 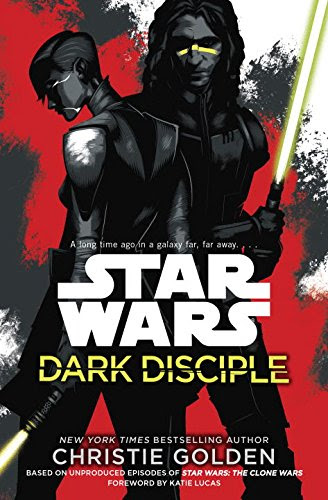 Star Wars: Dark Disciple by Christie Golden (Star Wars Books / Del Rey, Hardcover 07/07/2015) – Golden has been penning tie-in/franchise novels for years with good results, including some very well-received titles in the Star Wars universe. This one picks up stories from the popular Clone Wars TV show.

Based on unproduced episodes of Star Wars: The Clone Wars, this new novel features Asajj Ventress, former Sith apprentice turned bounty hunter and one of the great antiheroines in Star Wars history.

The only way to bring down the Sith’s most dangerous warrior may be to join forces with the dark side.

In the war for control of the galaxy between the armies of the dark side and the Republic, former Jedi Master turned ruthless Sith Lord Count Dooku has grown ever more brutal in his tactics. Despite the powers of the Jedi and the military prowess of their clone army, the sheer number of fatalities is taking a terrible toll. And when Dooku orders the massacre of a flotilla of helpless refugees, the Jedi Council feels it has no choice but to take drastic action: targeting the man responsible for so many war atrocities, Count Dooku himself.

But the ever-elusive Dooku is dangerous prey for even the most skilled hunter. So the Council makes the bold decision to bring both sides of the Force’s power to bear—pairing brash Jedi Knight Quinlan Vos with infamous one-time Sith acolyte Asajj Ventress. Though Jedi distrust for the cunning killer who once served at Dooku’s side still runs deep, Ventress’s hatred for her former master runs deeper. She’s more than willing to lend her copious talents as a bounty hunter—and assassin—to Vos’s quest.

Together, Ventress and Vos are the best hope for eliminating Dooku—as long as the emerging feelings between them don’t compromise their mission. But Ventress is determined to have her retribution and at last let go of her dark Sith past. Balancing the complicated emotions she feels for Vos with the fury of her warrior’s spirit, she resolves to claim victory on all fronts—a vow that will be mercilessly tested by her deadly enemy . . . and her own doubt. 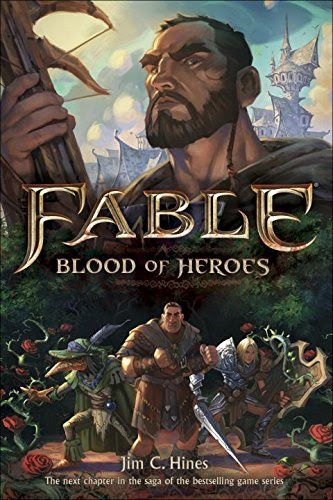 Fable: Blood of Heroes by Jim C. Hines (Del Rey, Trade Paperback 08/04/2015) – Hines is a solid dependable writer who spins fun tales which, I suspect, is why the Fables people selected him to write this book


The official companion novel to the videogame Fable® Legends

Deep in Albion’s darkest age, long before once upon a time . . . Heroes are thought to be gone from the land. So why have the bards begun singing of them once more? For Fable newcomers and dedicated fans alike, Blood of Heroes delves into a never-before-glimpsed era, telling the tale of a band of adventurers who come together to defend a kingdom in desperate need.

The city of Brightlodge is awash with Heroes from every corner of Albion, all eager for their next quest. When someone tries to burn down the Cock and Bard inn, four Heroes find themselves hastily thrown together, chasing outlaws through sewers, storming a riverboat full of smugglers, and placing their trust in a most unlikely ally. As the beginnings of a deadly plot are revealed, it becomes clear that Heroes have truly arrived—and so have villains.

What connects the recent events in Brightlodge to rumors about a malicious ghost and a spate of unsolved deaths in the nearby mining town of Grayrock? Unless Albion’s bravest Heroes can find the answer, the dawn of a new age could be extinguished before it even begins.
at 6/07/2015