Just a few books here at the home offices of the 'o Stuff, have a gander... 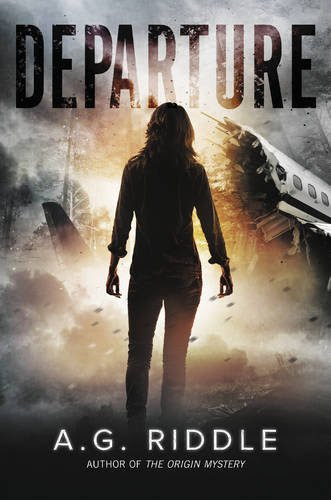 Departure (A Laundry Files novel) by A.G. Riddle (HarperVoyager Hardcover 10/20/2015) – Riddle is the latest self-published sensation (having sold over one million copies) to make the jump to traditional publishing. This one, as the tag line indicates, has some resonance with Lost. This is the final/hardcover of the ARC I received back in June.

With time running out, five strangers must unravel why they were taken...
And how to get home.

FROM THE BACK COVER

Harper Lane has problems. In a few hours, she'll have to make a decision that will change her life forever. But when her flight from New York to London crash-lands in the English countryside, she discovers that she's made of tougher stuff than she ever imagined.

As Harper and the survivors of Flight 305 struggle to stay alive in the aftermath of the crash, they soon realize that this world is very different from the one they left. Their lives are connected, and some believe they've been brought here for a reason.

In addition to Harper, several other passengers seem to hold clues about why Flight 305 crashed. There's:

Nick Stone, an American on his way to a meeting with The Gibraltar Project, an international group dedicated to building a dam across the Strait of Gibraltar and draining the Mediterranean.

Sabrina Schröder, a German scientist who has unknowingly sealed the fate of half the flight's passengers.

Yul Tan, a Chinese-American computer scientist who has just made the breakthrough of a lifetime: a quantum internet capable of transmitting more data, farther, faster than ever thought possible. His invention, however, does much more than he ever dreamed possible.

With time running out to save the survivors of Flight 305, Harper and Nick race to unravel the conspiracy that crashed their plane. As they put the pieces together, they discover that their decisions have already doomed one world and will soon determine the future of ours.

No Cover Image Available Yet


The Alchemy of Chaos by Marshall Ryan Maresca (DAW Mass Market Paperback 03/02/2016) – Third book featuring Maresca’s superhero/sword and sorcery tale. I had a lot of fun reading the first one (The Thorn of Dentonhill) earlier this year, but somehow the second book never made its way to me.

Veranix Calbert is The Thorn—the street vigilante-turned-legend—and a pest to Willem Fenmere, the drug kingpin of Dentonhill. Veranix is determined to stop Fenmere and the effitte drug trade, especially when he discovers that Fenmere is planning on using the Red Rabbits gang in his neighborhood.

But Veranix is also a magic student at the University of Maradaine, and it’s exam week. With his academic career riding on his performance, there’s no time to go after Fenmere or the Red Rabbits. But when a series of pranks on campus grow deadly, it’s clear that someone has a vendetta against the university, and Veranix may be the only one who can stop them… 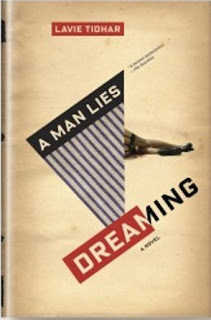 A Man Lies Dreaming by Lavie Tidhar (Melville House Hardcover 03/08/2016) – Tidhar is an author I’ve been wanting to read for a few years now, very glad to get this one.

A twisted masterpiece . . . A Holocaust novel like no other, Lavie Tidhar’s A Man Lies Dreaming comes crashing through the door of literature like Sam Spade with a .38 in his hand. This is a shocking book as well as a rather brilliant one. —The Guardian

A noir thriller with a twist and a Holocaust novel infused with the spirit of shund–the dark Israeli pulp fiction that thrived in the years after World War II–the British Fantasy Award-shortlisted A Man Lies Dreaming is a radical literary experiment that brings alternate history to life. Lavie Tidhar has reimagined the rainy, atmospheric energy of London in the 1930s, and the troubled private detective with an unspeakable secret who roams its streets. As A Man Lies Dreaming unfolds and more of its mysteries come to the surface, we find ourselves drawn into a novel at once gripping and profoundly unsettling.