A pretty impressive stash of books this week. Which ones stand out to you, my fine readers? I know which one is jumping high up Mount Toberead. 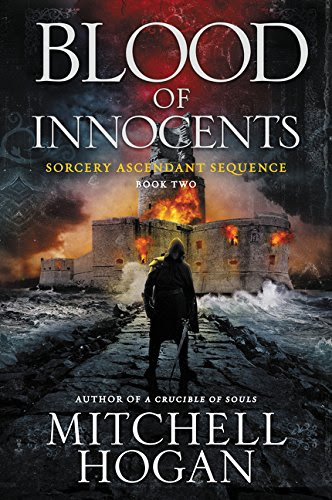 A novice sorcerer may hold the key to saving his world—or be the instrument of its destruction—in this second book in The Sorcery Ascendant Sequence, a mesmerizing saga of high fantasy that combines magic, malevolence, and mystery.

As orphaned, monk-raised Caldan and his companions flee the city, leaving behind their hopes for a new beginning, horrors from the time of the Shattering begin to close in.

With Miranda’s mind broken by forbidden sorcery, Caldan does the unthinkable to save her: he breaks the most sacrosanct laws of the Protectors. But when the emperor’s warlocks arrive to capture him, Caldan realizes that his burgeoning powers may be more of a curse than a blessing, and the enemies assailing the empire may be rivaled by more sinister forces within.

And soon, the blood of innocents may be on Caldan’s own hands. 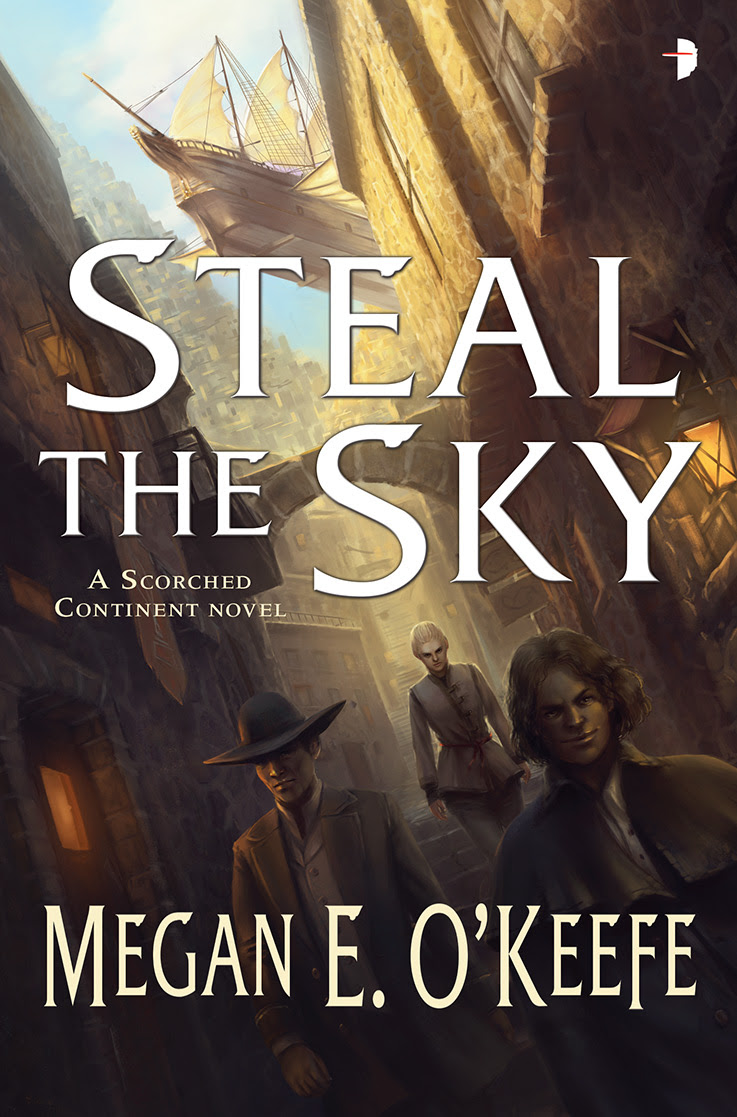 
Detan Honding, a wanted conman of noble birth and ignoble tongue, has found himself in the oasis city of Aransa. He and his trusted companion Tibs may have pulled off one too many cons against the city’s elite and need to make a quick escape. They set their sights on their biggest heist yet – the gorgeous airship of the exiled commodore Thratia.

But in the middle of his scheme, a face changer known as a doppel starts murdering key members of Aransa’s government. The sudden paranoia makes Detan’s plans of stealing Thratia’s ship that much harder. And with this sudden power vacuum, Thratia can solidify her power and wreak havoc against the Empire. But the doppel isn’t working for Thratia and has her own intentions. Did Detan accidentally walk into a revolution and a crusade? He has to be careful – there’s a reason most people think he’s dead. And if his dangerous secret gets revealed, he has a lot more to worry about than a stolen airship. 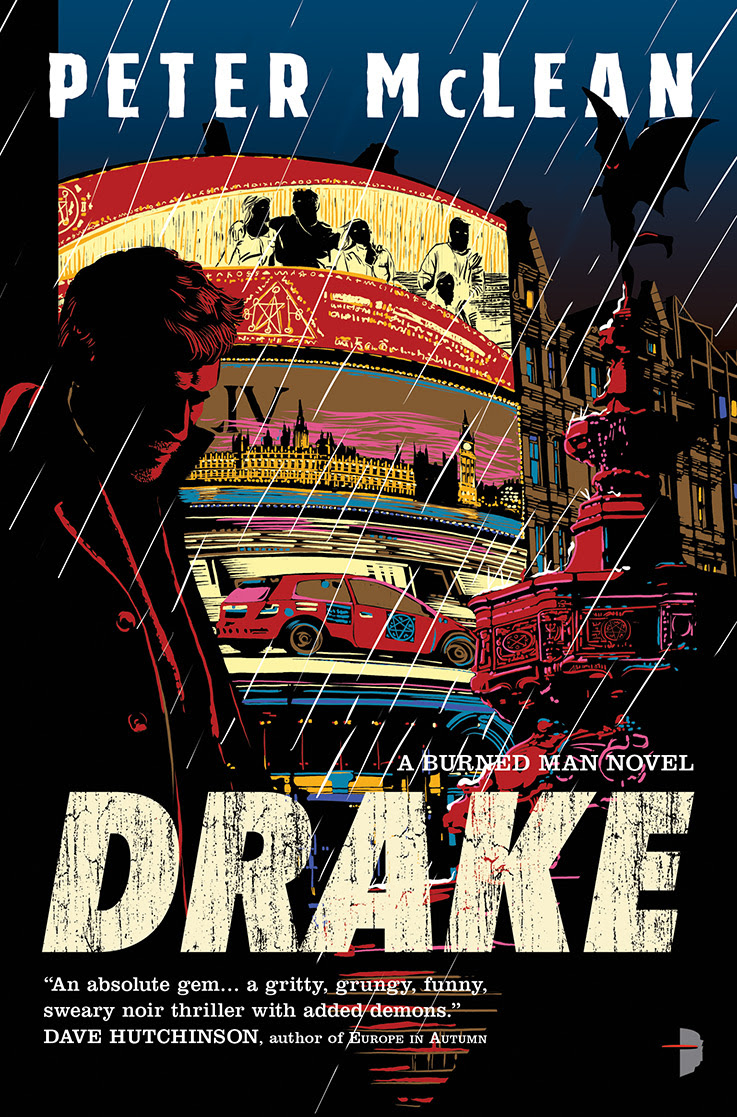 Drake (The Burned Man #1) by Peter McLean (Angry Robot Books Mass Market Paperback 01/05/2016) – McLean’s debut is a noir-ish urban fantasy that looks to be along the lines of Kadrey’s Sandman Slim series of novels.

Hitman Don Drake owes a gambling debt to a demon. Forced to carry out one more assassination to clear his debt, Don unwittingly kills an innocent child and brings the Furies of Greek myth down upon himself.

Rescued by an almost-fallen angel called Trixie, Don and his magical accomplice the Burned Man, an imprisoned archdemon, are forced to deal with Lucifer himself whilst battling a powerful evil magician.

Now Don must foil Lucifer’s plan to complete Trixie’s fall and save her soul whilst preventing the Burned Man from breaking free from captivity and wreaking havoc on the entire world. 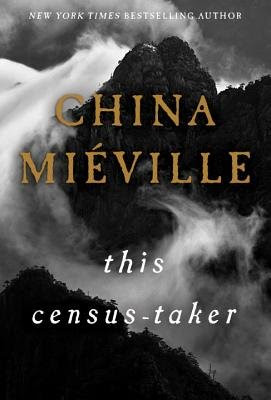 For readers of George Saunders, Kelly Link, David Mitchell, and Karen Russell, This Census-Taker is a stunning, uncanny, and profoundly moving novella from multiple-award-winning and bestselling author China Miéville.

In a remote house on a hilltop, a lonely boy witnesses a profoundly traumatic event. He tries—and fails—to flee. Left alone with his increasingly deranged parent, he dreams of safety, of joining the other children in the town below, of escape.

When at last a stranger knocks at his door, the boy senses that his days of isolation might be over.

But by what authority does this man keep the meticulous records he carries? What is the purpose behind his questions? Is he friend? Enemy? Or something else altogether?

Filled with beauty, terror, and strangeness, This Census-Taker is a poignant and riveting exploration of memory and identity. 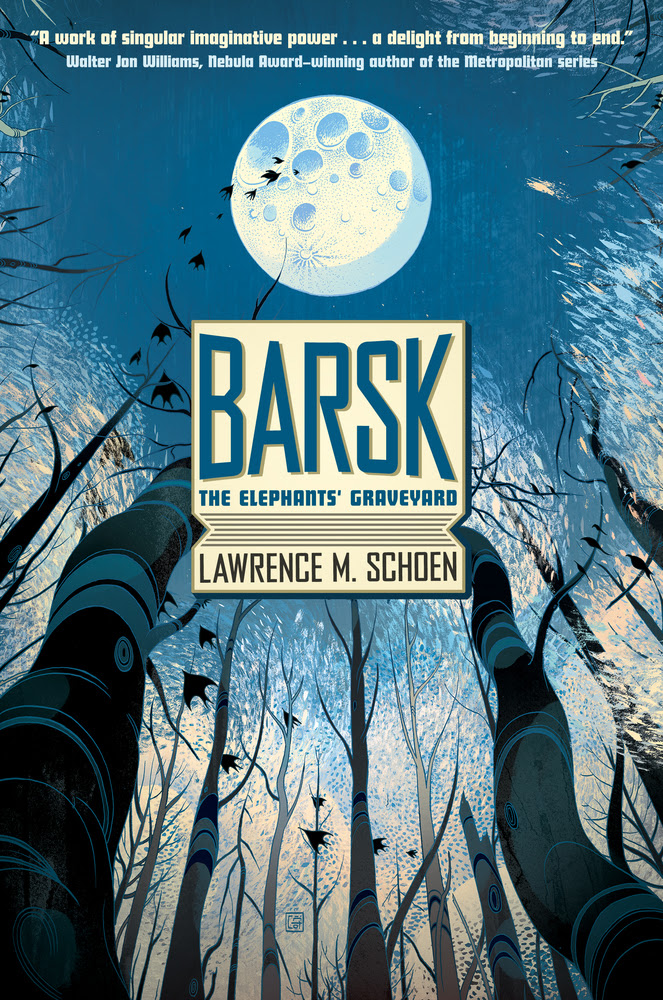 Barsk: The Elephant’s Graveyard by Lawrence M. Schoen (Tor 09/01/2015) – Schoen is fairly known figure in SF fandom/circles, he’s published a couple of novels, many short stories, and is one of the authorities of the Klingon language. I *think* I’ve seen him at a couple of Tor.com events.


The Sixth Sense meets Planet of the Apes in a moving science fiction novel set so far in the future, humanity is gone and forgotten in Lawrence M. Schoen's Barsk: The Elephants' Graveyard

An historian who speaks with the dead is ensnared by the past. A child who feels no pain and who should not exist sees the future. Between them are truths that will shake worlds.

In a distant future, no remnants of human beings remain, but their successors thrive throughout the galaxy. These are the offspring of humanity's genius-animals uplifted into walking, talking, sentient beings. The Fant are one such species: anthropomorphic elephants ostracized by other races, and long ago exiled to the rainy ghetto world of Barsk. There, they develop medicines upon which all species now depend. The most coveted of these drugs is koph, which allows a small number of users to interact with the recently deceased and learn their secrets.

To break the Fant's control of koph, an offworld shadow group attempts to force the Fant to surrender their knowledge. Jorl, a Fant Speaker with the dead, is compelled to question his deceased best friend, who years ago mysteriously committed suicide. In so doing, Jorl unearths a secret the powers that be would prefer to keep buried forever. Meanwhile, his dead friend's son, a physically challenged young Fant named Pizlo, is driven by disturbing visions to take his first unsteady steps toward an uncertain future.
at 12/13/2015