April 2022 Reading Round Up

Books, I read books. I read lots of books. 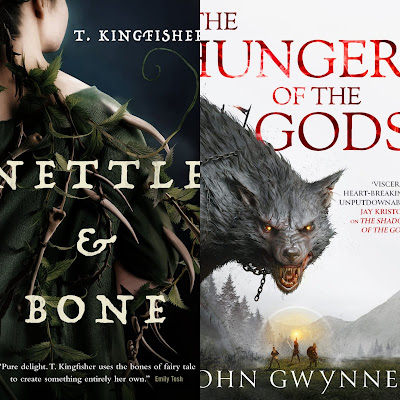 I read a few books in April, one of which is a May release. I’ll be posting my review to SFFWorld on May 3, the day of publication. I also posted a couple of book reviews in April, books I read in March: The Hunger of the Gods by John Gwynne, the spectacular second entry in his Norse-inspired Bloodsworn saga. Bottom line: this is shaping up to be a stellar fantasy saga. The other book review was T. Kingfisher’s Nettle & Bone a modern take on the tried and true fairy tale about the princess who wants to marry the prince. In the case of this delightful novel, a princess wants to kill the prince. I highly recommend this one, too. 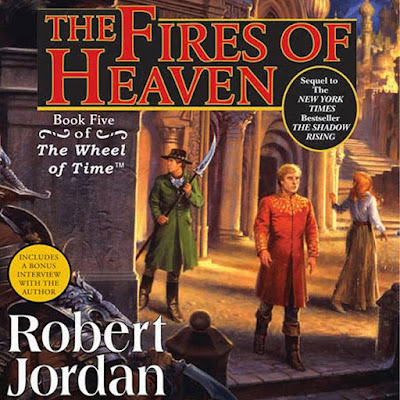 On the audiobook front, the entire month was consumed joyfully with book four of The Wheel of Time, The Fires of Heaven wonderfully narrated by Michael Kramer and Kate Reading. I continued with my descent into the Horror genre with two gems from small presses. 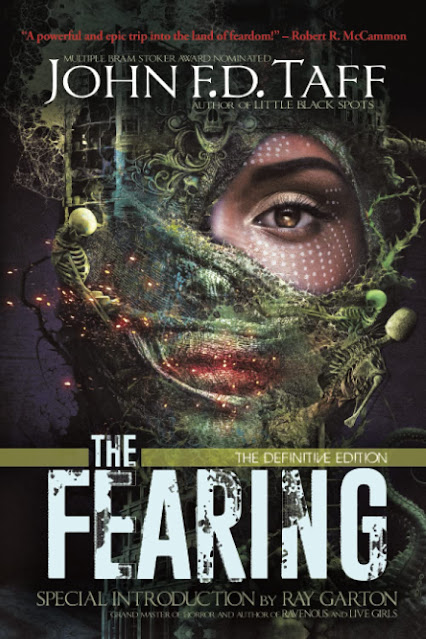 John F.D. Taff’s The Fearing, which was originally published in serialized format as short novels/novellas, much like Stephen King’s The Green Mile. Grey Matter Press released a “Definitive Edition”/omnibus slightly re-worked by Taff to be more of a novel. Boy-howdy did I enjoy this book. In it, all the fears of the world have been unleashed and it is up to a handful of characters to figure out how to navigate this world in the midst of transforming. Seemingly at the head of this release of fears is a man named Adam. Taff follows Adam’s journey across America and his affect on the people he encounters along with a few groups of characters who manage to survive the catastrophies and monsters unleashed in the world.
Have I said I loved this book? Well, Robert R. McCammon’s Swan Song, Stephen King’s The Stand, and Chuck Wendig’s Wanderers now have another book joining them on my proverbial top shelf of Epic, Apocalyptic Horror. Love the cover on this one, too. 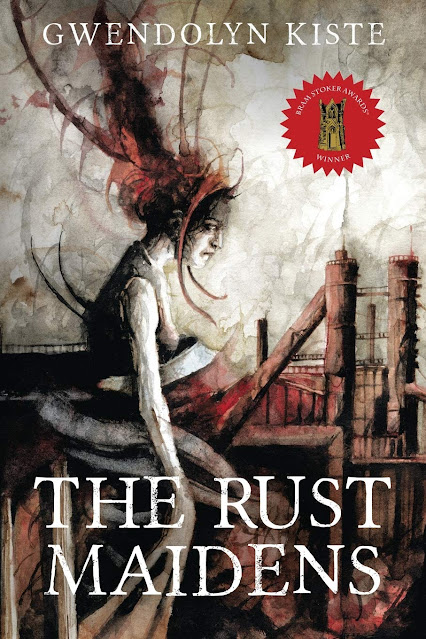 Gwendolyn Kiste’s  The Rust Maidens received the Bram Stoker Award for Superior Achievement in a First Novel and it has been appearing on several lists when I'm looking for a good creepy read.
Set in 1980, Kiste paints a very bleak picture of a Cleveland manufacturing town in the process of dying. The factory which employs the majority of men in town may be closing or cutting back. Phoebe is our protagonist who is returning to town when her mother is about to move from the family home and the area is even more rundown in 2008 than it was in the 1980. Phoebe is powerfully devoted to her friends, even when they exhibit strange maladies like leaking water, glass fingernails, and showing metal bones. Kiste does a fantastic job with character and place in this novel. I could have used a little bit more of an explanation of why these girls were transformed, but sometimes in life, things happen without explanation. I’ll be reading more from Gwendolyn Kiste in the future.
Unfortunately, one book did not work for me and it is from an author whose work I typically adore. Seanan McGuire’s Season Fears is the “companion” novel to her masterpiece, Middlegame. I found the book to be an overwrought world-building exercise, with one of the main characters taking far too long to actually believe what was happening. The plot momentum was extremely sluggish and everything was bogged down with dense, complicated, and confusing world building.
...and that's a wrap for my April Readings
at 5/01/2022