July was another great month for reading, I read a couple of authors for the first time as did many people recently, they were debut novels. Three of the books I read in July were review books for SFFWorld (one of which will post in August so I'll note that next month), but the review of a book I read in June was posted in July. The short of that sentence - I posted 3 reviews to SFFWorld in July: 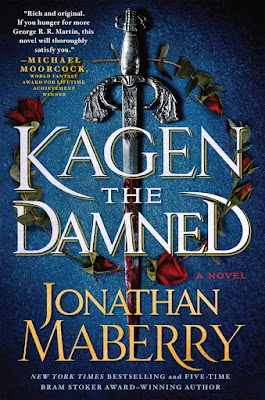 Kagen the Damned by Jonathan Maberry: Horror and Epic Fantasy tend to intermingle, just read some of the passages of Tad Williams’s The Dragonbone Chair and you’d be forgiven for thinking you’re reading a horror novel. More recently; however, some big chonker Epic Fantasy novels don’t just have horror passages, or dashes of horror, they can be considered Epic Horror novels outright – Jay Kristoff’s Empire of the Vampire and Christopher Buehlman’s Blacktongue Thief immediately come to mind. Of course, this novel could be considered Grimdark – and it will definitely appeal to Grimdark readers – but the horror DNA of Kagen the Damned is pretty potent. 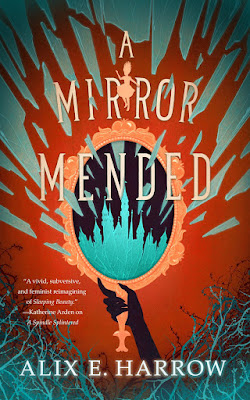 A Mirror Mended by Alix Harrow: Powerful prose, modern sensibilities, and a great sense of fun make A Mirror Mended a great follow-up to A Spindle Splintered. There are many other fables/fairy tales Harrow can explore with her fine-tuned pen and sensibilities, I for one would welcome more stories in this vein with these characters. 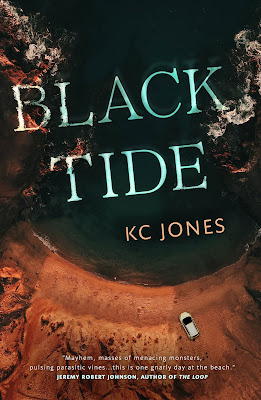 Black Tide by K.C. Jones: I also like how Jones injects humorous passages into the otherwise dark and horrific tale. The best horror novels, and movies, have a laugh here or there to balance out the tension and the same can be said for Black Tide. That humor and balanced approach…i.e. not every chapter/passage being a conflict with an alien monster…helps to keep the pages and story moving at a great pace. 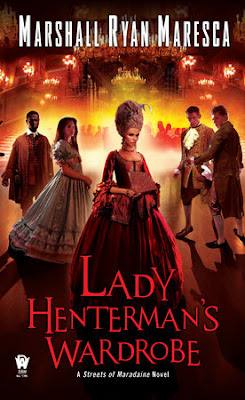 In books I read that weren't reviewed at SFFWorld, I continued with Marshall Ryan Maresca’s Maradaine super series with Lady Henterman’s Wardrobe, the second in the Streets of Maradaine sub-sequence. This trilogy within the big series has a heist-like/caper feel and focuses on The Holver Alley Crew. The crew is still trying to get some kind of revenge or recompense for their homes and base of operations being burnt down. The street-wise group needs to infiltrate a high-society party to learn who was pulling the strings lead to a surprise. I’ll admit, a book with a title about a woman’s closet may be peculiar, but the book was lots of fun and was a great “episode” of the overall Maradaine saga. 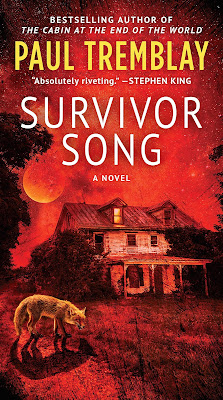 Paul Tremblay is one of the more impressive horror writers to emerge into the genre the last decade or so. A Head Full of Ghosts is one of the most perfect horror novels I ever read. Slowly, I’ve made my way through his books and this past month, landed on Survivor Song which is set during a pandemic as a new, deadly strain of rabies emerges. Although published in 2020 during the COVID-19 pandemic, Tremblay wrote it before. Timing can be interesting. Anyway, this was a pretty gripping novel focusing on the plight of Natalie, a pregnant woman who was bitten and asked her friend, a Doctor, to help her. The novel follows their journey across a small region of Massachusetts over the course of a few hour. An intense, emotional and unsettling novel. 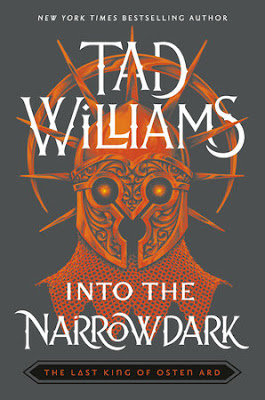 As the month came to a close, I cracked open Into the Narrowdark the third book in Tad Willams’s latest 4-book trilogy, The Last King of Osten Ard. Hard to say too much at this point, but I eased right back into the world and these characters. Small print at 500+ pages means I’ll be occupied with this book for a while. That is NOT a complaint. 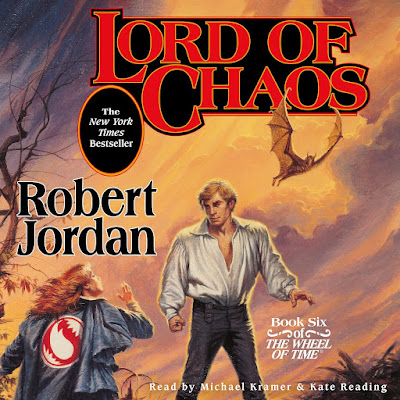 For my audiobook readings, all of July was consumed by Lord of Chaos, the sixth installment of Robert Jordan’s Wheel of Time. I’m enjoying it as a very comforting return to friends and familiarity, but I’m beginning to see hints of the dreaded “Slog.” Some fantastic character moments in the novel, more perspective from the Forsaken and dark side.
Only one book didn’t work for me in July, Ruthanna Emrys’s A Half-Built Garden. I found the pacing to be rather slow. I didn’t’ connect with the characters and was simply not feeling the book. 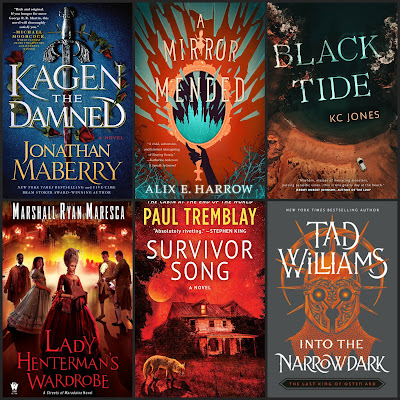