October 2022 Reading Round Up

October, shockingly, was all about horror. Well, the books I read, at least. The first weekend in October was New York Comic Con and it was the fist time since 2019 I was able to attend. They limited the press passes in 2021 and it wasn’t held in 2020 because of the COVID-19 Pandemic. One of the books I’ve already read, but you can click over to these three posts at SFFWorld to read my recaps of my time during the convention:
As I said above, every book I read in the month of October either had some horror flavors or was flat out horror. Three of those books were review books part of the annual “Countdown to Hallowe’en” series we do at SFFWorld 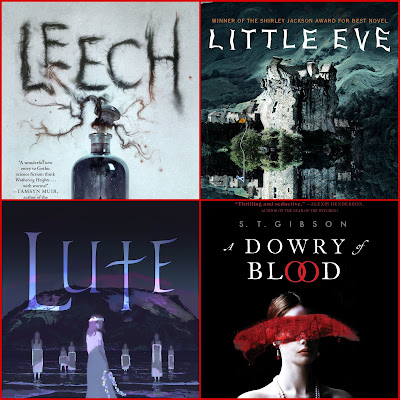 Little Eve touches many topics in its slim, but potent length. There’s the concept of “grooming,” psychological manipulation, cults, animal cruelty, and of course child abuse (both mental and physical). Although this is a fictional tale set nearly a century prior to today, the games Uncle plays with his family are frighteningly real and are very much cultish in nature.

Hines manages to generate a wonderful atmosphere in the novel, there are hints of things familiar in the genre, but mixed up in a way that feels quite refreshing. With a creepy mine, there’s some definite horror vibes of the dark dwellers flavor of the genre and even something of an old west feel…In addition to The Thing, I also felt a sense of resonance with some of Jeff VanderMeer’s weird horror fiction and in the way the Institute “helps” humanity, I couldn’t help thinking of Octavia Butler’s Dawn and Lilith’s Brood/Xenogenesis books. Like I said, some familiar echoes that when fully projected are a story of its own.

What I found as unnerving as the black cloud over “The Day” was the affect it had on Nina’s relationship with her husband Lord Hugh. He initially seems quite stable, but as Nina begins to stray from the home as the “Day” draws ever closer, he seems to unravel. As it turns out, Nina is a quick learner and the true impact and import of “The Day” begins to settle into her mind, she understand what it means to be a resident of Lute and somehow begins to find herself more resolute.

A Dowry of Blood by S.T. Gibson

Compulsive…that’s the word that comes to mind when I think of this novel. Gibson has lovely prose and the tale is told with both auras of relaxed prose as well as elements of urgency, but through it all, the narrative of Constanta’s confessional is powerfully compulsive, which is why I read this book in only a couple of days. Her tale is gripping and you want to see her overcome her abuser. 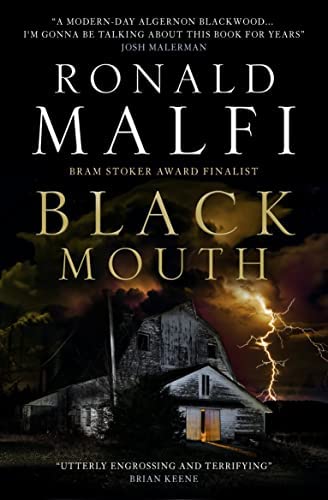 Of the non-SFFWorld review books, let’s start with Ronald Malfi’s Black Mouth, which is the first novel I’ve read by the author. I’ve been seeing good things about his work for the past couple of years (Come with Me in particular), but this one’s description grabbed me for its very superficial similarity to books like King’s IT and Dan Simmons’s Summer of Night - friends reunite in their hometown to take down a monster they thought was gone. Those similarities, as I noted, are just superficial. Malfi’s tale is a little more confined, in that there are fewer characters and much more despair surrounds the characters; protagonist Jamie Warren is an alcoholic struggling with his addiction; his mother is a junkie who killed herself, thus brining Jamie back to Sutton’s Quay, VA. His disabled brother was found wandering. Dennis’s other friends Mia and Clay have their own demons, but they were very close friends when they were kids, but haven’t seen each other in years, since an eerie man known only as the Magician touched their lives. Malfi excels with his characters and building a sense of creepiness, between the Magician and the haunted region of Black Mouth itself.
He tells the tale in intertwining chapters that focus on the present and past when Jamie and his crew initially encounter the Magician. Malfi has a very deliberate pace and that pace works perfectly in Black Mouth to build up empathy for all the characters, the horrific nature of the Magician, the unsettling nature of Black Mouth itself, and how the tension builds towards the conclusion.
Black Mouth is one of my favorite novels of the year and I’m looking forward to reading more from Malfi in the future. 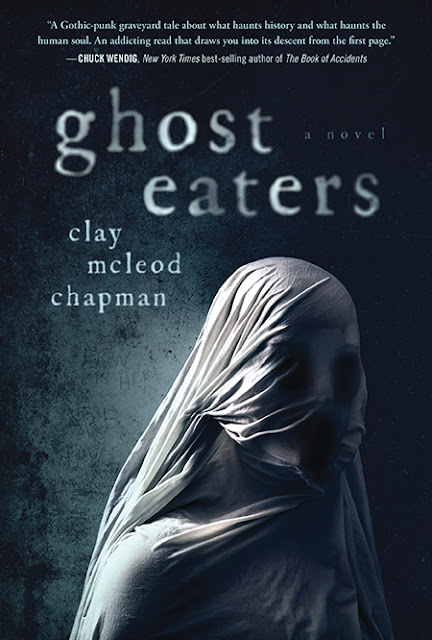 One of the books I picked up at New York Comic Con was Clay McLeod Chapman’s Ghost Eaters, which he then signed. I’ve read two of his books so far (The Remaking and Whisper Down the Lane) and enjoyed both and shared both with my wife to read. This one focuses on a drug called Ghost that allows the people who consume it to see dead people, or ghosts. Thinking about seeing dead loved ones might bring a swell of positive emotion to your heart…Clay goes the opposite direction.
I won’t spoil what that means, but damn. The story focus on Erin and her toxic ex-boyfriend Silas. She keeps trying to get away from him and his addictions, but she finds it difficult. He eventually turns up dead of an overdose. Erin can’t hold on, she always feared he may wind up dead, but it actually happened and she has difficulty dealing with it. Then she learns about the aforementioned drug called Ghost. There’s an escalating creep factor that sets it apart. Chapman’s characters seem genuine and are empathetic and not since Jeff VanderMeer have mushrooms been so very creepy.
The other non-SFFWorld review book I read was Nick Cutter’s Little Heaven, which I was looking forward to reading after The Troop earlier in the year because I enjoyed it so much. I can’t say I felt the same way about Little Heaven. The book started off fine, I was into it. But it just turned into a slog as it felt everything was happening at a glacial pace. 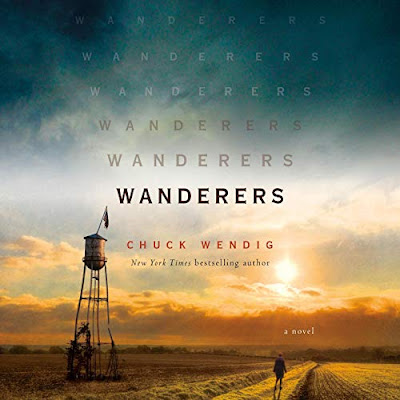 The audiobook I read (and have yet to finish) took up all of October, but it was a re-read, Chuck Wendig’s Wanderers, which I reviewed back in 2019 for SFFWorld when it published. The book was released before the COVID-19 Pandemic, but damn if Wendig’s story wasn’t prescient for what we’ve experienced the last few years. Seems more horrific in hindsight than it did at the time. Here’s some of what I said back in 2019:

In short, between the potent politics, graphic nature, and embracing of the tropes, Wending doesn’t shy away from ANYTHING in Wanderers. As a writer, Chuck is far from a shy person, as people who follow him online and in fiction already know. I’ve read a few of Chuck Wendig’s novels and I see some pieces of those works, here, except maybe a little more refined an in your face. Wanderers is a magnum opus for him, it seems like a work of fiction he’s been working towards, and is a powerful achievement ...  Wendig has shown himself at the very least an equal storyteller/writer of the Epic Apocalypse with Wanderers. For me, it is an instant classic, an immediate Modern Masterpiece of the genre, and will probably be my favorite 2019 novel, and a book I will hold very high in my pantheon for years to come.

I’ll close out with my bookstack from New York Comic-Con 2022. 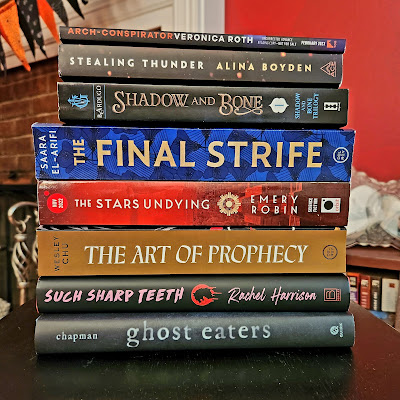