November 2022 Reading Round Up

November still had a linger of horror to start, but it the month saw traipses through fantasy, horror, and science fiction. I didn’t post any reviews to SFFWorld in November, but all the reviews I posted in October made up for that, I’d hope. However, two books I read in November will end up being reviewed for SFFWorld (The Art of Prophecy by Wesley Chu which posts tomorrow 12/6 and The Spare Man by Mary Robinette Kowal which will post 12/13) so as usual, I’ll focus on the other books I read. 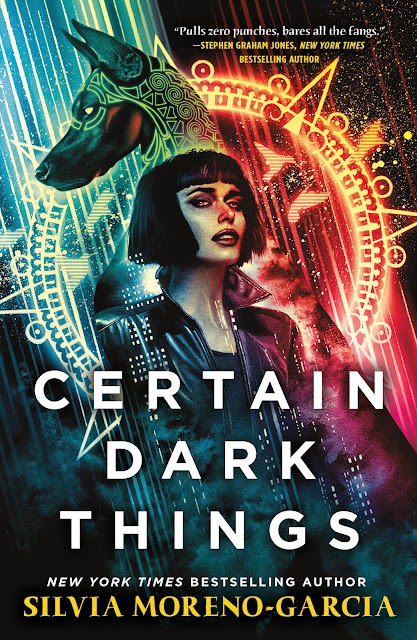 Certain Dark Things by Silvia Moreno-Garcia kicked off November in a great way. I’d read the author’s 80s love letter, Signal to Noise a few years ago and had my eye on this book for a while, especially since Tor Nightfire acquired the rights and wrapped the pages in a gorgeous cover by John Picacio.
Garcia plays with vampire mythology and noir in this fantastic novel set in Mexico City. A young man named Domingo finds himself drawn to vampire Atl and despite her attempts at pushing him away, he continues to find her. Vampires are real and very much a part of the world in Garcia’s novel, although they aren’t quite welcome in Mexico City. Atl and her Doberman are on the run from a gang of “Necro” vampires led by Nick, who has a long-held grudge against Atl.
I loved how the relationship between Domingo (not quite a “Renfield”) and Atl played out over the course of the novel. He was bright and optimistic, she a bit closed off (understandably). What I enjoyed even more was the deep vampire mythology Garcia built for this novel. It isn’t in your face world-building, rather, the backbone of the story that informs the conflicts Atl is forced to deal with in her life.
Certain Dark Things is an immediate classic vampire novel. 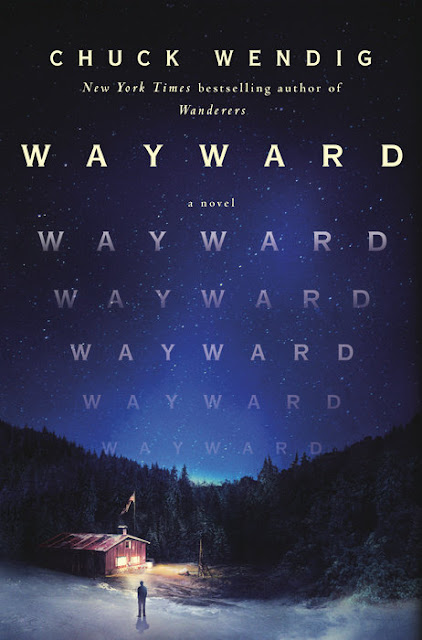 The book that took up the most significant portion of my reading time in November was Chuck Wendig’s Wayward, the sequel to his epic apocalyptic Wanderers. Chuck picks up those threads and weaves a powerful, gripping story of how the survivors of a plague-apocalypse (White Mask) try to survive as humanity with the “help” of an extremely powerful and convincing AI (Black Swan) who helped to “hand pick” a select group of people and protect them from the plague as a last hope for humaity. Picking up about five years after the events of Wanderers, Chuck keeps the pace addictive over the course of the novels lengthy 800 pages. There’s a sense of anger in this novel that is completely believable, especially with the returning characters like Shana Stewart and “President” Ed Creel, though scientist Benji Ray and rocker Pete Corley balance out that anger with signs of hope.
There’s something about “road stories” and “apocalyptic” stories that work so well when brought together, traversing a barren landscape with potential dangers out of sight makes for great storytelling. That’s one strong element of the Wayward and I again felt resonance with Robert McCammon’s Swan Song. In fact, characters in Wayward specifically called out Swan Song.
There’s also the Very Good Dog Gumball, who along with Radar from Stephen King’s Fairy Tale are co-winners of the goodest dog of the year. Many authors try to tell stories from the point of view of dogs, not all of them succeed, Chuck does.
Chuck did a pre-release signing at the Doylestown Bookshop the Saturday before the book published, with the bookshop about an hour away from me, there was no way I was going to miss it even though I chatted with Chuck at NY Comic Con.
In the end, Wayward was a fantastic novel, I was consumed by it for the week-and-a-half I was reading it. Never did I want to leave, never did the novel drag, never did things happen in the novel that didn’t make sense even if what unfolded over the course of the novel was not what I expected. I was surprised by where the story went, and at times even scared by a lot of what the characters had to confront.
Put simply, a fantastic novel. 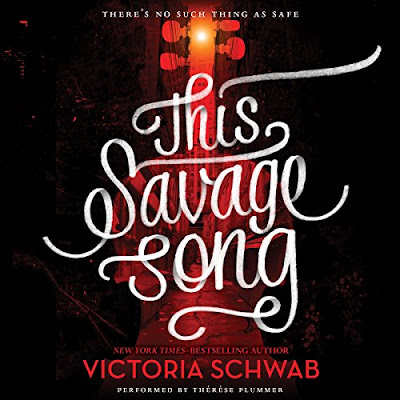 On the audio side of things, I dipped into another V.E. Schwab novel, This Savage Song, the first of Monsters of Verity duology. Set in a world where monsters are real, the story focuses on two young characters – Kate Harker, daughter of a powerful monster hunter who oversees on portion of the city and August Flynn, adopted son of man who runs another portion of the city.
I've read a good handful of novels by Schwab and what I enjoyed in those novels was on display here - deft characterization. Kate and August felt real, genuine, and I wanted to believe them. I also appreciated Schwab's world-building especially when it comes to the various monsters who live in this world side-by-side with humans. She balances the details with the elements that are mysteries to the readers but taken for granted by the characters very well. 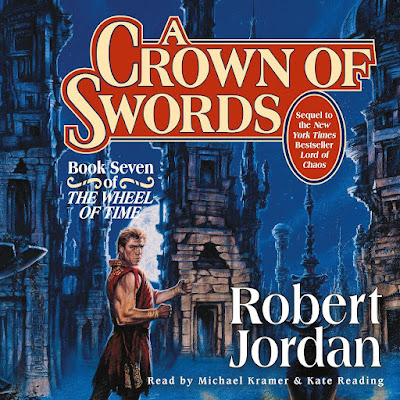 Lastly, I started (and am still listening to) A Crown of Swords, the seventh Wheel of Time novel. I was trucking along pretty well diving into Randland on an almost monthly basis for the first portion of the year, but it was July when I finished the preceding installment, Lord of Chaos. At this point, what can I say about a Wheel of Time novel. I knew this book is where many fans of the series see the "slog" creeping in, but so far I'm feeling very comfortable back in the world. It has been just over a decade since I re-read this book so this makes the audio version I'm currently consuming the third time I'm reading the book.
That's it for November 2022!
at 12/05/2022