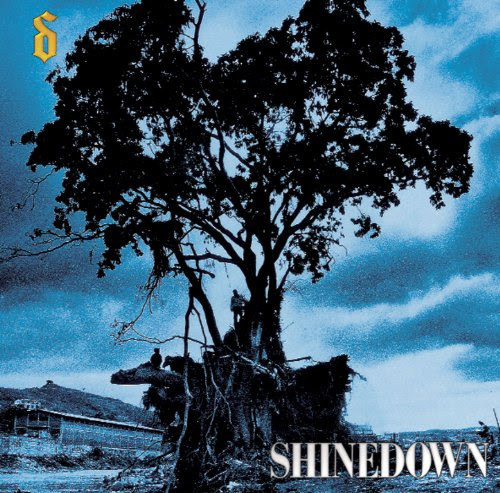 Mrs. Blog O’ Stuff picked up Shinedown’s debut CD for us the other day, Leave a Whisper. I’d been hearing Shinedown on the local rock station WDHA for over a year now and was really impressed with what I heard: the powerful ballad showcasing lead singer Brent Smith’s stunning voice: .45, both the original and the acoustic, the faster Fly from the Inside and their acoustic cover of Lynyrd Skynyrd’s Simple Man. This is an extremely impressive debut album, Smith’s vocals are an amazing compliment to guitarist Jasin Todd, bassist Brent Smith and Barry Kirch’s singular musical sound. I’d probably classify the group as hard rock and call them simply great. Leave a Whisper is a polished, great sounding album, not by just debut standards, but by hard rock standards overall. I am looking forward to more of their albums and hope to see them in concert, though now I am kicking myself for not going to see them at the Starland Ballroom over the holidays in 2004. Methinks they’d be a great opening act for Godsmack if and when Godsmack tours later this year.

Also finished up The Wizard by Gene Wolfe over the weekend. Even though this was really the second part of a novel, it started off a bit more weakly than The Knight. I think that is because Wolfe switched from Able’s first person narrative to Able referring the story of his companions after they separated. Once Able came onto the stage, though, the book returned to the level of excellence Wolfe accomplished with The Knight. This isn’t to say that the early portion of The Wizard was bad, just that by comparison, not as strong as the other portions of the story. And let's face it, those who have read Wolfe will agree that reading Wolfe when he is a notch below his strongest efforts is far superior to 99% of most writers at their absolute best.

The last 100 or so pages of the novel were absolutely wonderful. Packed with emotion, thought, choices and introspection, I think it will be difficult for anything I read for the remainder of this year to move me emotionally and entertain me as much as did Wolfe’s Wizard Knight. I don’t know if Mr. Wolfe plans on penning more stories of Sir Able or any of the characters from this rich novel, but the door is open. While any of Gene Wolfe’s work is worthy of excitement, more tales of these characters would be most welcome.

Mrs. Blog o' Stuff and I went to the Rutgers vs. Georgetown Basketball game on Saturday and both teams didn’t look good. Rutgers was sloppy at the end of the first half arrived, but did make a nice little comeback towards the end of the game, which was too late. Rutgers basketball does look to be getting a better profile now that Gary Waters is doing such a fine job. It would be real nice to see them in the NIT again this year, though I highly doubt they will be invited.

Good Superbowl last night, I was really hoping the Eagles would pull it off, and at the end of the game, they came pretty close, too.

A new Batman Begins trailer was shown during the game and the Web site for the movie has been pretty substantially updated. Interviews, Wallpapers & other downloads, (one of which is now on my computer). Have I geeked-out enough for this film on my blog yet? I think I'm looking forward to this even more than Star Wars Episode III: Revenge of the Sith even though super-cool writer Matthew Woodring Stover has written the Star Wars Episode III: Revenge of the Sith novelization. Though I think am more looking forward to the novlization than the movie, I think.