These are the books that arrived between Christmas and New Year’s Eve/Day. I’m surprised to have even received these since publishing generally closes during that week.

Agatha H. and the Airship City (A Girl Genius novel) by Phil and Kaja Foglio (Nightshade Books Hardcover 01/12/2011) – The popular steampunk Web comic from husband and wife creative team Phil and Kaja Foglio comes to prose fiction thanks to the fine folks at Nightshade. Though Tom Kidd does great work, I wonder why the Foglios didn’t provide the cover art.

The Industrial Revolution has escalated into all-out warfare. It has been eighteen years since the Heterodyne Boys, benevolent adventurers and inventors, disappeared under mysterious circumstances. Today, Europe is ruled by the Sparks, dynasties of mad scientists ruling over--and terrorizing--the hapless population with their bizarre inventions and unchecked power, while the downtrodden dream of the Hetrodynes' return.

At Transylvania Polygnostic University, a pretty, young student named Agatha Clay seems to have nothing but bad luck. Incapable of building anything that actually works, but dedicated to her studies, Agatha seems destined for a lackluster career as a minor lab assistant. But when the University is overthrown by the ruthless tyrant Baron Klaus Wulfenbach, Agatha finds herself a prisoner aboard his massive airship Castle Wulfenbach--and it begins to look like she might carry a spark of Mad Science after all.

From Phil and Kaja Foglio, creators of the Hugo, Eagle, and Eisner Award-nominated webcomic Girl Genius, comes Agatha H and the Airship City, a gaslamp fantasy filled to bursting with Adventure! Romance! and Mad Science!

The Best SF and Fantasy of the Year Vol 5 edited by Jonathan Strahan (Nightshade Books, Trade Paperback 03/07/2011) – Strahan’s anthologies are often some of the most acclaimed, and his Best of the Year series does a great job of bringing all the best short fiction of the year into one volume.

A poet and a bear journey toward the ruins of a city in search of answers; a diminutive man seeks satisfaction within a secluded mountain cave; an elderly widow enjoys the company of a collection of robotic cowboys; the Boy Who Never Grew Up becomes an agent of Her Majesty's Secret Service; a werewolf girl joins the cast of a musical revue; a group of hardened mercenaries takes on a foolish job; a young man learns the ways of the world in the arms of a Sylvanian maiden; a teenage girl attempts to escape her domineering mother’s influence aboard a cargo spaceship; an impossible flying machine departs on its maiden voyage...

The depth and breadth of science fiction and fantasy fiction continues to change with every passing year. The twenty-nine stories chosen for this book by award-winning anthologist Jonathan Strahan carefully map this evolution, giving readers a captivating and always-entertaining look at the very best the genre has to offer.

Jonathan Strahan has edited more than twenty anthologies and collections, including The Locus Awards (with Charles N. Brown), The New Space Opera (with Gardner Dozois), and The Starry Rift. He has won the Ditmar, William J. Atheling Jr. and Peter McNamara awards for his work as an anthologist and reviewer, and was nominated for a Hugo Award for his editorial work. Strahan is currently the reviews editor for Locus.. 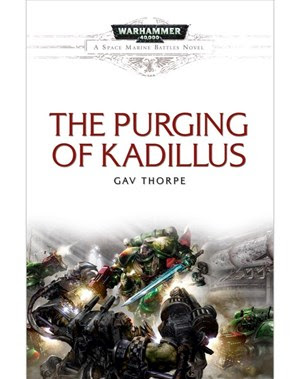 The Purging of Kadillus (Warhammer 40K/Space Marines Battle) by Gav Thorpe (Black Library, Trade Paperback 2/14/2011) – Thorpe is one of the rising stars on the Black Library’s roster, having written both in the fantasy and far future of the Warhammer universe.

Faced with an ork invasion of Piscina IV, the 3rd Company of the Dark Angels believes the threat to be minimal. As enemy numbers continue to increase, their commander, Captain Belial, insists that his Company are strong enough to resist. But Scout-Sergeant Naaman knows just how dangerous this foe can be, and when a renewed greenskin offensive takes the Dark Angels by surprise, the orks swarm towards Kadillus Harbour. Little do the Dark Angels know of the technological power available to the xenos, and the true scale of the threat they face. Belial, Naaman and their fellow Astartes fight a desperate siege at Kadillus, knowing that they must hold out until Imperial reinforcements arrive or the planet will be lost. 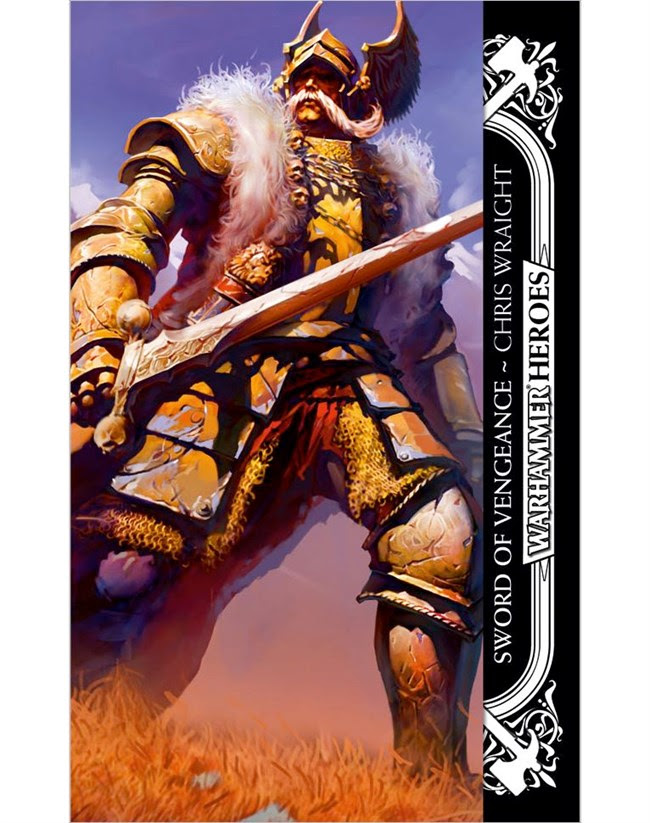 Sword of Vengeance (Warhammer Heroes) by Chris Wraight (Black Library, Mass Market Paperback 2/14/2011) – The is the second in Wraight’s trilogy focusing on Ludwig Schwarzhelm, one of the early heroes of the Warhammer fantasy universe.

Averland is aflame. An army of cultists rises in the corrupted city of Averheim. The Theogonist Volkmar marches towards the city in a race to snuff out the rebellion before it grows too widespread to defeat. Schwarzhelm races to return to the site of his recent battles, as does the spy Pieter Verstohlen, evading assassins while trying to discover the truth of the conspiracy that drew him away. But none of these holds the key. Out in the wilderness is Kurt Helborg, Grand Marshal of the Reiksguard. Only he has the indomitable strength of will to hold together the province in its hour of need. Only he can rally the terrified citizens of Averland to resist the infernal powers that beset them.
at 1/02/2011