One review this week (so far) at SFFWorld and it is something a bit different, at least from my perspective. What makes it different, you, my fine readers may ask? Well, the book which is the subject of this weeks review is an audio-book and the first audio book I have reviewed. It is also one of the first audio offerings from the fine folks at the Black Library, but they smartly went with one of their most popular authors, Dan Abnett, and one of their most popular series, The Horus Heresy. The book is Horus Rising, read brilliantly by Martyn Ellis: 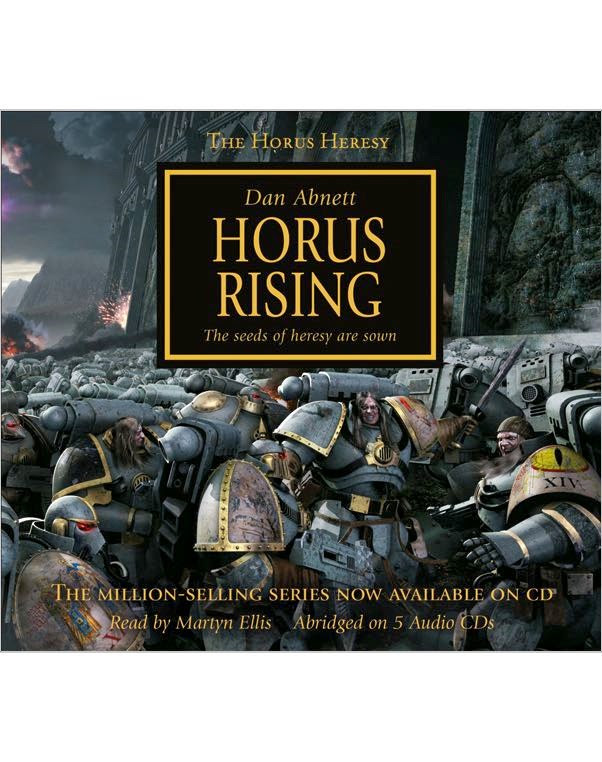 Although the title is in reference to Warmaster Horus, Abnett focuses his story on a young Captain rising within the ranks of Horus’s Lunar Wolves. The Captain is Gavriel Loken and Horus Rising brings to light how Loken becomes part of the Mournival, Horus’s inner circle of advisors. In this respect, I like Abnett’s choice of POV character as it provides a view into the story from more of an outsider perspective than if the story was told through the eyes of Horus himself.

The mythology of the universe comes through quite well, a paranoid mood is projected, and an utter reverence for the Emperor as a living god are all prevalent. Comparatively, I’ve only read a few Warhammer 40,000 novels, but one of the aspects I enjoyed the most was the melding of a far future setting of space-ships, cloning, and galactic struggle and the mythic over-tones associated with the Emperor and the God-like reverence with which he is held. Again, Abnett pulls that off very well here.