For the first time in 2014 (and since before Christmas, so nearly a month) that review books have arrived physically on my porch / in my mailbox / in front of my garage or electronically on my Kindle. 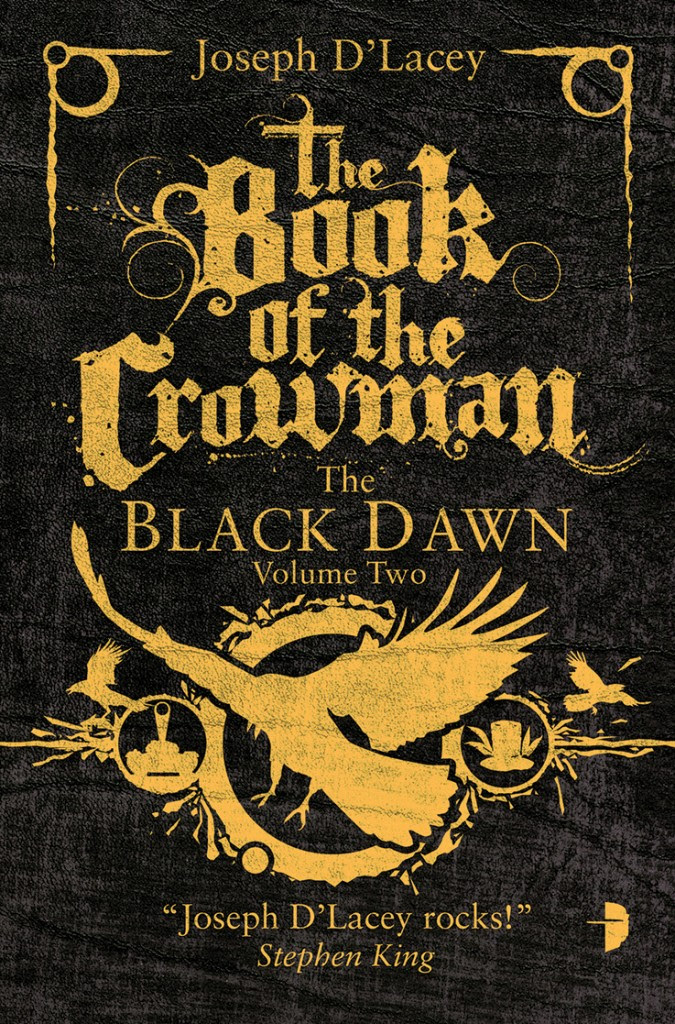 The Book of the Crowman (The Black Dawn Volume Two) by Joseph D’Lacey (Angry Robot Books Trade Paperback 02/25/2014) – I read and first loved the installment of this series / duology last year and have been looking forward to see how D’Lacey finished out the story ever since.
It is the Black Dawn, a time of environmental apocalypse, the earth wracked and dying.

It is the Bright Day, a time long generations hence, when a peace has descended across the world.

The search for the shadowy figure known only as the Crowman continues, as the Green Men prepare to rise up against the forces of the Ward.

The world has been condemned. Only Gordon Black and The Crowman can redeem it. 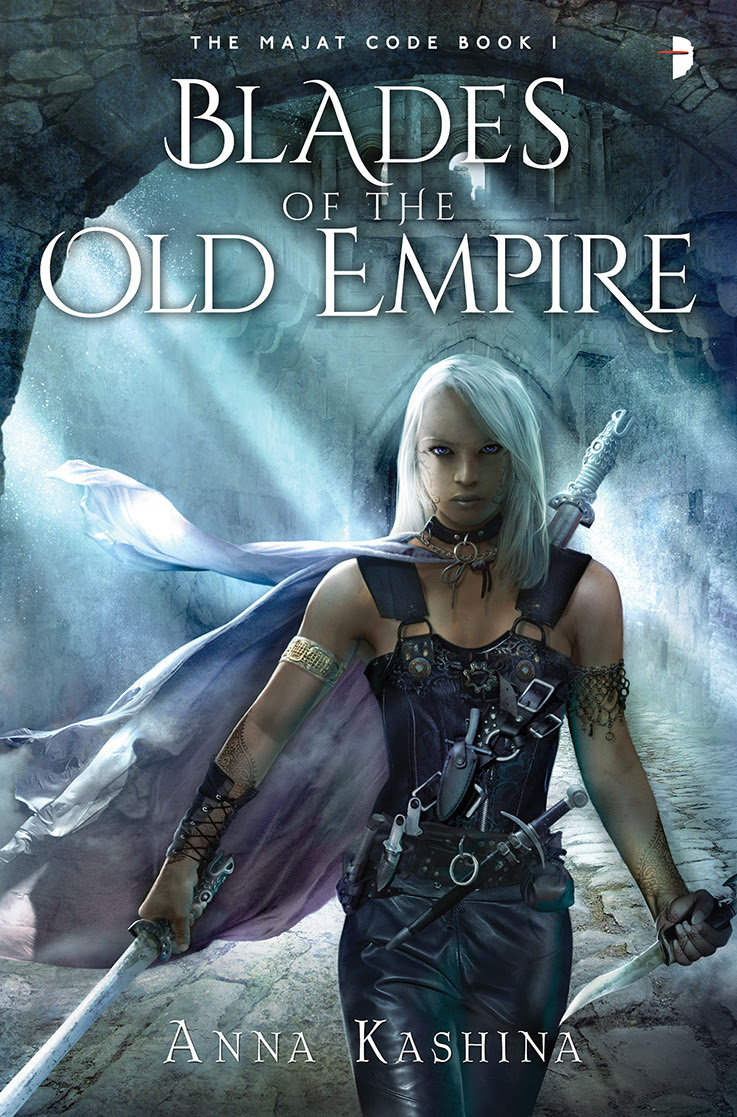 Blades of the Old Empire (The Majat Code Volume One) by Anna Kashina (Angry Robot Books Trade Paperback 02/25/2014) – First in what looks to be a sword & sorcery / epic fantasy series and damn is that a purty cover.
Kara is a mercenary – a Diamond warrior, the best of the best, and a member of the notorious Majat Guild. When her tenure as protector to Prince Kythar comes to an end, custom dictates he accompany her back to her Guild to negotiate her continued protection.

But when they arrive they discover that the Prince’s sworn enemy, the Kaddim, have already paid the Guild to engage her services – to capture and hand over Kythar, himself.

A warrior brought up to respect both duty and honour, what happens when her sworn duty proves dishonorable?

Rex Regis (Imager Portfolio #8) by L.E. Modesitt, Jr. (Tor Hardcover 01/22/2014) – The writing machine that is a man releases another (eigth overall) in this series and fifth in this specific sub-sequence
The saga of the Imager Quaeryt, Commander in the forces of Lord Bhayar, reaches a new climax as the great struggle to unify the continent of Lydar enters its final phase in L.E. Modesitt's Rex Regis, Book 8 in The Imager Portfolio.

Only the land of Khel remains uncommitted to Bhayar’s rule. Their decision could mean a lasting peace, or more conflict across an already war-ravaged realm.

While the conqueror of Bovaria awaits emissaries to arrive with news of Khel’s decision, other weighty matters occupy Bhayar, his sister Velora, and her husband Quaeryt—not the least of which is the fulfillment of Quaeryt's dream to create the world's first Imager academy, where the magical abilities of these powerful casters may be honed, managed, and put to the service of the common good.

But before that dream may be realized, or Khel’s fateful choice made known, the spectre of high treason threatens to unravel all that Quaeryt has achieved, catapulting him toward a fateful confrontation with Bhayar's most powerful military leaders.

Dirty Magic (Book 1 of The Prospero’s War Series) by Jaye Wells (Orbit Books, Paperback 01/21/2014) – The prolific Wells launches a new urban fantasy series.
MAGIC IS A DRUG. CAREFUL HOW YOU USE IT.

The Magical Enforcement Agency keeps dirty magic off the streets, but there's a new blend out there that's as deadly as it is elusive. When patrol cop Kate Prospero shoots the lead snitch in this crucial case, she's brought in to explain herself. But the more she learns about the investigation, the more she realizes she must secure a spot on the MEA task force.

Especially when she discovers that their lead suspect is the man she walked away from ten years earlier - on the same day she swore she'd given up dirty magic for good. Kate Prospero's about to learn the hard way that crossing a wizard will always get you burned, and that when it comes to magic, you should never say never.
at 1/19/2014

Nice haul. I nabbed Book of the Crowman in my review shelf additions too.

I have got to give Modesitt, Jr. a try one of these days.

I've only read one Modesitt, THE MAGIC OF RECLUCE and liked it a lot more than I expected to like it.