Some new things from me and Mark on the intarwebs.... 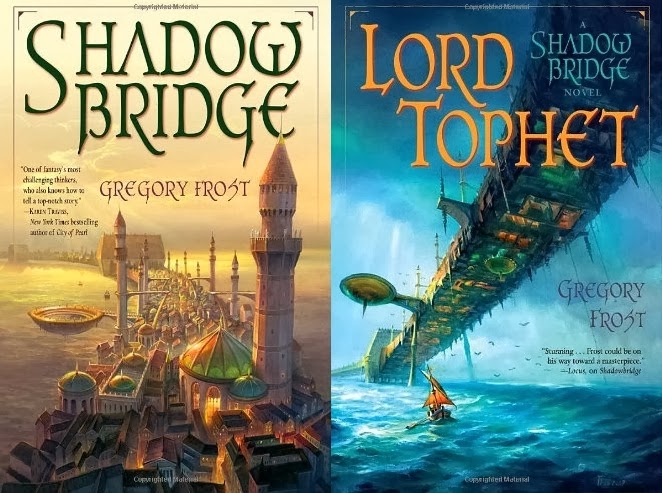 Stories within stories are one of the greatest tricks in fiction and have been around ever since people have been telling stories. Gregory Frost’s Shadowbridge is a fine example of this storytelling method used to great effect. The protagonist is Leodora a storyteller, a shadow-puppeteer who hunts for the stories she tells. In many ways, Leodora is a traditional heroine – she’s an orphan, is mistreated by her caretakers, and eventually runs away. The running away occurs about halfway through the book, but I don’t think this would be a spoiler by any means. Her reputation has grown to become the greatest shadow-puppeteer since Bardsham, who himself has an air of mythology. While the story has the feel of a traditional fairy tale, Frost makes it clear this is no sanitized kiddy tale as the story progresses.

On Tuesday, I posted my review of Myke Cole's third Shadow OPS novel, Breach Zone. This series is great and I can see Breach Zone making to the end of 2014 as one of my favorite books of the year.

Parallels are drawn between Harlequin’s ‘current’ adjustment situation with his past, when he was more of a rookie in the Supernatural Operations Corps and was liaising with the corporation who developed the Limbic Dampener, the drug that allows for greater control of an individual magic. When he and his colleague Crucible visit Channel Corp, they meet with the company’s founder, a dark haired, beautiful woman named Grace. There’s an immediate attraction between Grace and Harlequin and the two soon become lovers. What these “interlude” sections illustrate is multi-layered and compliments the ‘current’ time very well. The seasoned Harlequin and the inexperienced Harlequin both had questions about what they were instructed to do by their higher ups and as a result, things don’t go smoothly for some people involved.
...
Breach Zone works on many levels; one of which is overriding themes of character evolution in the face of conflict and a globally changing environment. Each of the four primary characters – Britton, Bookbinder, Scylla, and Harlequin are not the same characters they were at the novel’s beginning and more drastically, at their introduction in Control Point. That’s an easy line to map out, characters change, but the true mark of the writer’s skill is illustrating in a believable fashion how characters change and evolve. On both the book level of Breach Zone and the trilogy level of the Shadow OPS series, Cole has exhibited great skill in making me believe in these characters: their motivations, their reactions to events that affect them, and their ultimate evolution because of these things.

Lastly, Mark/Hobbit posted his review of Andy Weir's The Martian this past weekend: 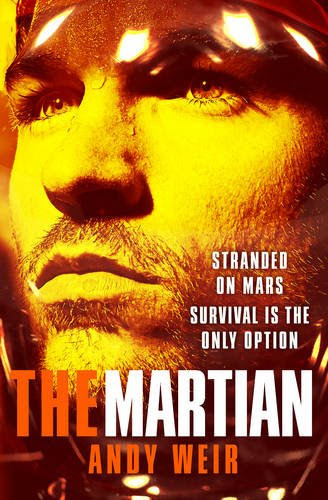 It starts off a little wobbly, if I’m honest. The first 50 pages or so are just log entries from Witney as he explains what he is trying to do and how he is going to solve the problems in order to survive. This part does get a little bogged down in the science and the maths, though it does show that his thinking is sound, logical and intelligent.
...
The tension of the tale is escalated when a rescue mission, or at least a survival package, is hastily put together. But Mark has over 500 days to survive until the support arrives. And for all his ingenuity, courage and endurance, there is danger every day. From ensuring his supplies of air, food and water to dealing with sandstorms, decompression, faulty equipment and a total lack of communication with other people, Mark Watney seems to generally manage. Considering the difficult situation Watney is in, his humour throughout is a nice counterbalance to the screamingly-bad events that happen just when you think he’s turned a corner. Watney himself comes across as a likeable and, most of all, believable character, with enough wit, humour and intelligence to survive.

I've read enough good things about Cole's books that his is a series I want to try at some point.

Frost's books are in a word...enchanting.

Yes, Cole is as good as everybody says he is.