Here's my semi-regular round-up of reviews and assorted linkery from the past week or so.  Last week, my Completist column for SF Signal went live, this time featuring a two-book series that might be considered cult favorites, The Change books by Stephen R. Boyett: 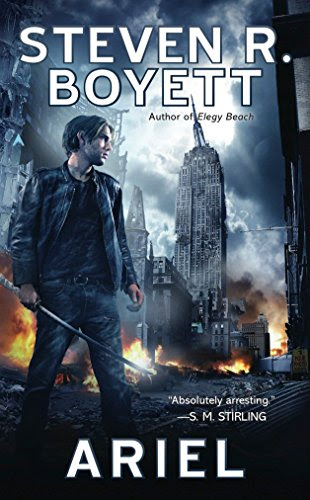 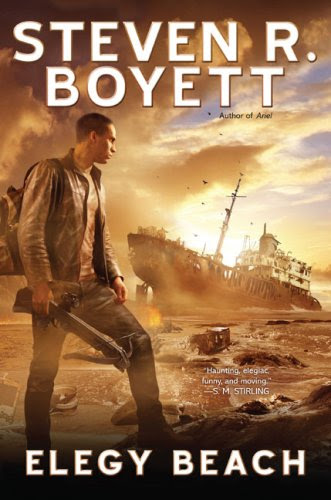 In the Changed world of the novel, no creature is more magical than a unicorn and nothing holds as much magical power as the horn of a unicorn. It is for this reason that Pete and Ariel must constantly be on guard and aware of their surroundings even more than usual in this dangerous new world. When they come int the area of Atlanta, this danger confronts them head-on as an imposing man on a Griffin who, on behalf of a powerful Necromancer in New York, demands Ariel’s horn. Fortunately, Pete had recently befriended a warrior named Malachai Lee who helps to fend off the Griffin and its rider. Malachai is a sword master of the newly changed world and takes Pete under his wing. With the real threat of a bounty on Ariel, Malachai sets out for New York to confront the Necromancer, demanding Pete and Ariel not follow him.
...
Even though Elegy Beach and Ariel are told in the same type of narrative voice, Fred is a much different narrator than his father. That said, Boyett’s voice in Ariel was crisp and honest, and much the same can be found here. The framework of the two novels is similar; both are essentially quest fantasies wherein the heroes must travel to the enemy’s stronghold and bring him down to save the world.

This week, I posted a new review to SFFWorld for the first time in a few weeks. The book under review? The Crimson Campaign, the second installment of Brian McClellan's Powder Mage Trilogy, which is evolving into a premier Epic/Military Fantasy series. 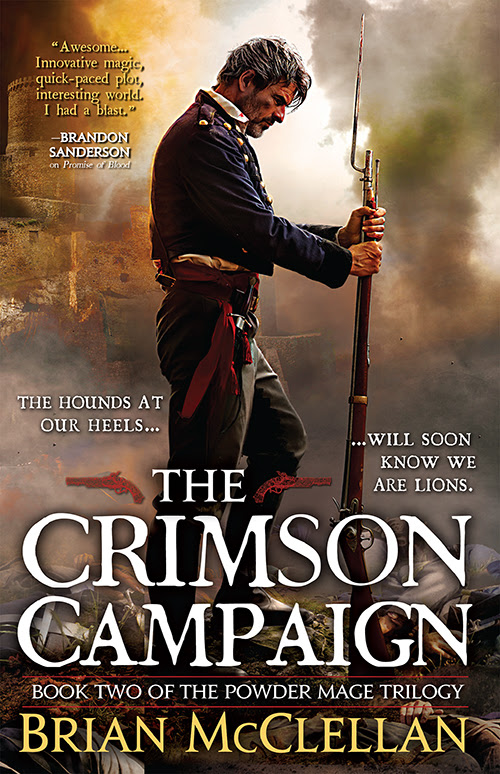 War is still raging between the Adro and Kez, caught in the middle are Tamas, Admat, Taniel Two-Shot and one-time seamstress Nila, among others. The Crimson Campaign is the second installment of Brian McClellan’s Powder Mage Trilogy and as excellent a debut as was A Promise in Blood, he elevated his game with this second novel.
...
Where A Promise of Blood gave a broad stroke of the military, The Crimson Campaign delves much more into the importance of stability in the military. McClellan also shows how short-sighted leadership can cost a great deal in the long run. Although the gods are a part of the story, these gods are backdrop and merely a part of the story rather than the complete focus. People in the story don’t universally believe the gods have returned, despite a few of them (Taniel, Tamas, Ka-Poel) conversing with the Gods. Rather, they are just one more complication in the larger global conflict; the gods are not the be-all end-all of the story. As such, one can consider The Crimson Campaign a slide from Epic Fantasy along lines of his mentor Brandon Sanderson and into a story more grounded as a Military Fantasy, with a stronger resonance to Glen Cook’s landmark Black Company novels as the story has progressed through two volumes and there’s still a vibe of Abercrombie in the feel of the story at times. These are all good things.


Also at SFFWorld is a review from Mark Yon of Stephen Bywater's debut novel The Devil's Ark: 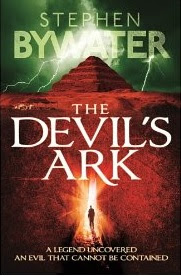 Set mainly in the 1920’s, the story tells of Harry Ward, a photographer working in Iraq/Mesopotamia. Still affected by his fighting and his injuries there in The Great War, he takes on what should be a relatively simple job – to take photographs of an archaeological dig just outside Mosul.

Whilst the plot may not be particularly new, The Devil’s Ark is a great fun read. Sometimes you can be happy knowing what sort of thing to expect in a read and here in The Devil’s Ark the reader is not disappointed. Like a good Hammer Horror movie or a Weird Tales magazine story, the fun here is not in the actual events as they happen but in the telling.

This is a good debut. Stephen manages to set up the tale well, evoking images of an ancient Empire, lying redolent in desert heat, whilst an even older evil is awakened.

Some great podcasts have dropped this week, too: