In my last post, I provided a snapshot into my relationship with Godzilla (though I forgot to mention that one of the most vivid dreams I remember from when I was a young kid involved Godzilla, him destroying things and me yelling at him and slapping his nose as if he was a bad dog) leading up to the 2014 movie which just released this past weekend. Again, that was just a small snapshot. 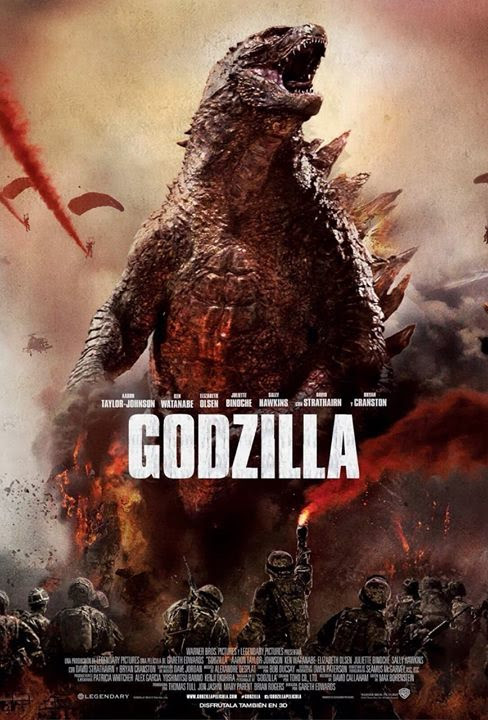 Now I’ll talk about the movie itself so be warned this post has a wealth of spoilers.  Again, keep in mind that there may not be a lot of objectivity in this based on my fan historical from yesterday. 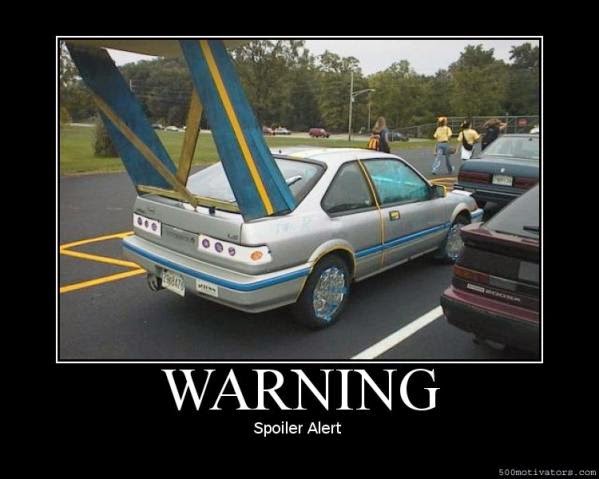 This movie is everything I hoped to see in an American Godzilla movie since learning about a potential American Godzilla movie in 1994 where he was set to fight something called the Gryphon. The credits roll over “footage” of atomic tests with the final bomb shot into the ocean were familiar looking jagged spikes are moving along the surface. Cut to 1999 where Ishiro Serizawa* (Ken Watanabe) and Vivienne Graham (Sally Hawkins) two scientists climb into a cave which turns out to be the bones and innards of a giant deceased creature when they learn something hatched and crossed the ocean from the Philippines to Japan. The other “spore” was sent to Nevada to be stored in the Nuclear Waste Repository. But before we truly get to the monsters, we learn about the people most profoundly affected by those monsters.

*a descendant of the Dr. Serizawa from the original 1954 film

Bryan Cranston and Juliet Binoche play husband and wife Joa and Sandra Brody scientists stationed in Japan, working a nuclear power plant. The two head to work as their son Ford heads to school. Little did Ford know that day, which also happened to be Dad’s birthday, would be the last day he saw mom. Mom was sent to investigate the leak, and was trapped during the catastrophe.

The thing which hatched caused an earthquake as it burrowed under the power plant consuming the energy, which eventually collapsed the power plant. Fast-forward fifteen years later, Ford Brody is a Naval Explosive Ordnance Disposal (EOD) who has just returned from duty to his wife Elle and son Sam when the phone rings. His father, Joe was arrested in Japan and is thought to be something of a whack-job. Joe leaves that night to get Dad, who is still obsessed with the mystery surrounding the collapse of the Nuclear Power plant, because he knows it wasn’t an earthquake and has not gotten over the death of his wife. However, the seismic activity he registered prior to the collapse is happening again, so he and son head to their old home which is a quarantined zone due to the nuclear fallout from the collapse of the power plant. When they arrive, the air is clean as Joe takes off his helmet.

The Brodies are arrested and brought to the power plant where Joe once worked. Serizawa and Graham have set up shop and are observing a giant pulsating thing in the middle of the power plant. The thing eventually erupts and a creature emerges sucking in more energy before sprouting wings and flying away. This creature resembles the monster from Cloverfield, primarily because of its long, thin legs.

The M.U.T.O. (Massive Unidentified Terrestrial Organism) is an ancient creature, as we learn from Serizawa, which feeds off of radiation, but as radiation levels cooled across the globe ages ago, the creature went into a state of super-hibernation. However, the operation is taken over by the Navy and Dr. Serizawa says this creature is the prey of something much larger, an Apex Predator which was awoken in 1954, and subsequently, the nuclear tests publicized were actually attempts to kill the Apex Predator. Ford reveals his father was tracking echolocation anomalies and it is deduced that M.U.T.O. was communicating with something, which also drew the Apex Predator’s attention.

M.U.T.O. and the Naval forces arrive in Hawai’i where Godzilla also makes landfall. The two monsters have a brief scuffle, which is more or less in the background as people, including Ford who is on a monorail when M.U.T.O. arrives, struggle to survive. M.U.T.O. flies away, heading to the mainland US, where its signal is being sent. We eventually learn that a larger M.U.T.O., wingless, erupts in Nevada and it is deduced the two M.U.T.O.s will be mating as the female is the larger of the two in Nevada.

A military plan to draw the M.U.T.O. mating pair off the coast of California with the nuclear warhead is enacted because they can sense the power which feeds them. This will draw all three monsters together and kill three with one proverbial stone. Conversely, Serizawa thinks Godzilla is the only thing that can stop the M.U.T.O. as he is the super-predator.

The three monsters converge on San Francisco, where M.U.T.O.s engage in a kind of mating ritual, where we can see just how much larger the female is compared to the male. Godzilla can easily take one of these creatures, but is overwhelmed when they fight him in unison, which is what happens after the female lays her eggs and joins the fight. In the midst of the fight, Brody’s group of soldiers head to the nest to stop the nuclear bomb, when they realize the controls are broken so they must extract the bomb can be detonated off-shore. Ford lags behind, cracks open a gas tanker and lights up the nest destroying the eggs.

This draws the female away from Godzilla and the male M.U.T.O. and brings the female to where Ford is crawling away from the scene of the egg’s destruction Godzilla saves Ford by using his atomic breath for the first time, which is a great scene. Godzilla blows her away and to finally takes care of the male with his tail. This a move shows Godzilla as a smart fighter, learning quickly from his experience battling these monsters. Unfortunately, the move Godzilla used to take care of the male M.U.T.O. also collapses a building on Godzilla, knocking him out.

Ford finally gets to the boat with the nuclear bomb with his team, the female M.U.T.O. tracks them down leaving Ford as the only survivor who launches the boat with the bomb out to sea. As the female M.U.T.O. crouches down over Ford and the bomb, she stops. Godzilla has come back to claim his prey and the final battle between the two is spectacular. Unfortunately, Godzilla has been worn out by his battles with the two kaiju and collapses on the shore.

The next morning, San Francisco is in ruins, Ford finally reunites with his wife Elle and son Sam. Serizawa and Graham are at the site where Godzilla has collapsed, Serizawa sad because his great find is seemingly dead. Then, a giant eye opens, Godzilla “The King of the Monsters” lives and swims out to sea.

OK, so that’s what happened in the movie, here are some thoughts and reactions.

I pretty much just read your intro and the final few lines, as I want to see this unspoiled. But am happy to see that it did what you wanted it to do, especially because you were going into it with more expectations/hopes than I will be going in to it. I loved Godzilla movies as a kid, and with this I simply want to be entertained.

Oddly enough, the original Godzilla (the Raymond Burr version) gave me a vivid dream as a kid that was all the scarier as it had a dream-within-the-dream aspect. I'll tell you about it if we ever catch up (too weird to type).

Carl, I think you'll be pleased.

Good review. The film's effects and nerve-rattling sound, along with a dynamic performance from Bryan Cranston make for a great summer blockbuster as well as a glorious resurrection of the franchise.

Going to see it this weekend--we'll see how your experience dovetails with mine.