A trio of books arrived this week and each of them look very inviting... 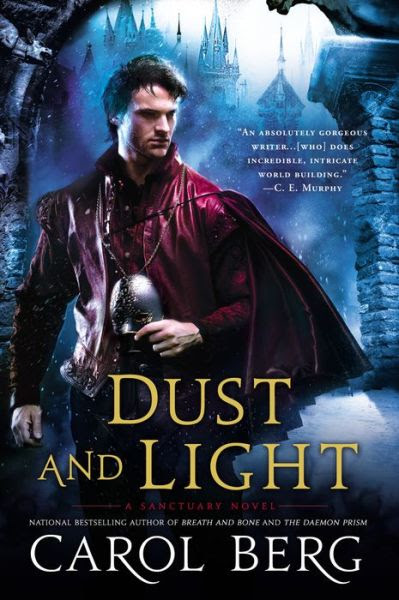 Dust and Light (A Sanctuary Novel #1) by Carol Berg (Roc, Trade Paperback 08/05/2014) – Berg has been on my radar for a couple of years, even more so over the past few years as a few SFFWorld forum members whose opinion I trust (Erfael, NickeeCoco, and suciul specifically) and my friend Sarah Chorn, have recently been raving about her work. This book looks like it is friendly to readers who haven’t read her previous books, which is just what I need.

National bestselling author Carol Berg returns to the world of her award-winning Flesh and Spirit and Breath and Bone with an all-new tale of magic, mystery, and corruption....

How much must one pay for an hour of youthful folly? The Pureblood Registry accused Lucian de Remeni-Masson of “unseemly involvement with ordinaries,” which meant only that he spoke with a young woman not of his own kind, allowed her to see his face unmasked, worked a bit of magic for her....After that one mistake, Lucian’s grandsire excised half his magic and savage Harrowers massacred his family. Now the Registry has contracted his art to a common coroner. His extraordinary gift for portraiture is restricted to dead ordinaries—beggars or starvelings hauled from the streets.

But sketching the truth of dead men’s souls brings unforeseen consequences. Sensations not his own. Truths he cannot possibly know and dares not believe.

The coroner calls him a cheat and says he is trying to weasel out of a humiliating contract. The Registry will call him mad—and mad sorcerers are very dangerous.... 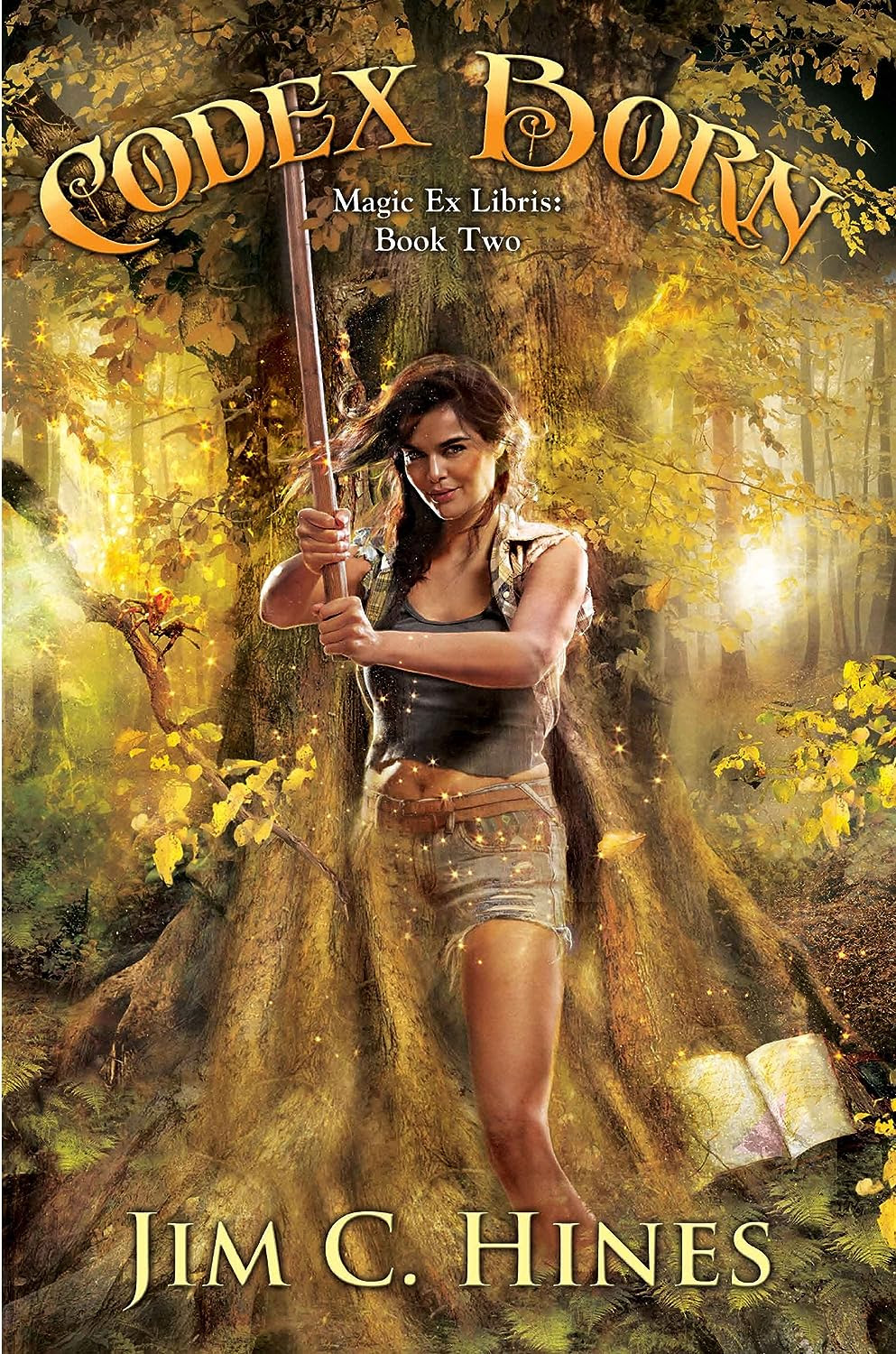 Codex Born (Magic Ex Libris #2) by Jim C. Hines (DAW Books, Hardcover 08/05/2014) – I read and thoroughly enjoyed Libriomancer when I read it a few years ago and look forward to picking up Isaac’s story here.

Five hundred years ago, Johannes Gutenberg discovered the art of libriomancy, allowing him to reach into books to create things from their pages. Gutenberg’s power brought him many enemies, and some of those enemies have waited centuries for revenge. Revenge which begins with the brutal slaughter of a wendigo in the northern Michigan town of Tamarack, a long-established werewolf territory.

Libriomancer Isaac Vainio is part of Die Zwelf Portenære, better known as the Porters, the organization founded by Gutenberg to protect the world from magical threats. Isaac is called in to investigate the killing, along with Porter psychiatrist Nidhi Shah and their dryad bodyguard and lover, Lena Greenwood. Born decades ago from the pages of a pulp fantasy novel, Lena was created to be the ultimate fantasy woman, strong and deadly, but shaped by the needs and desires of her companions. Her powers are unique, and Gutenberg’s enemies hope to use those powers for themselves. But their plan could unleash a far darker evil…

The Rise of Aurora West (Battling Boy #2) by Paul Pope (First Second Books, Hardcover 09/30/2014) – Pope is one of the most prominent figures in the independent and non-traditional comic world. This thing looks like it will be a blast.

The extraordinary world introduced in Paul Pope's Battling Boy is rife with monsters and short on heroes... but in this action-driven extension of the Battling Boy universe, we see it through a new pair of eyes: Aurora West, daughter of Arcopolis's last great hero, Haggard West.

A prequel to Battling Boy, The Rise of Aurora West follows the young hero as she seeks to uncover the mystery of her mother's death, and to find her place in a world overrun with supernatural monsters and all-too-human corruption. With a taut, fast-paced script from Paul Pope and JT Petty and gorgeous, kinetic art from David Rubin, The Rise of Aurora West (the first of two volumes) is a tour de force in comics storytelling.