Here's where I round up some of the SFF-related posts I've published over the past couple of weeks; most often reviews at SFFWorld and/or the various columns I write for SF Signal.  Going back the furthest is my review of The Three-Body Problem by Cixin Liu and translated by Ken Liu. The Three-Body Problem is the first major English publication of a Chinese SF novel and Liu is sort of like the equivalent to Arthur C. Clarke. 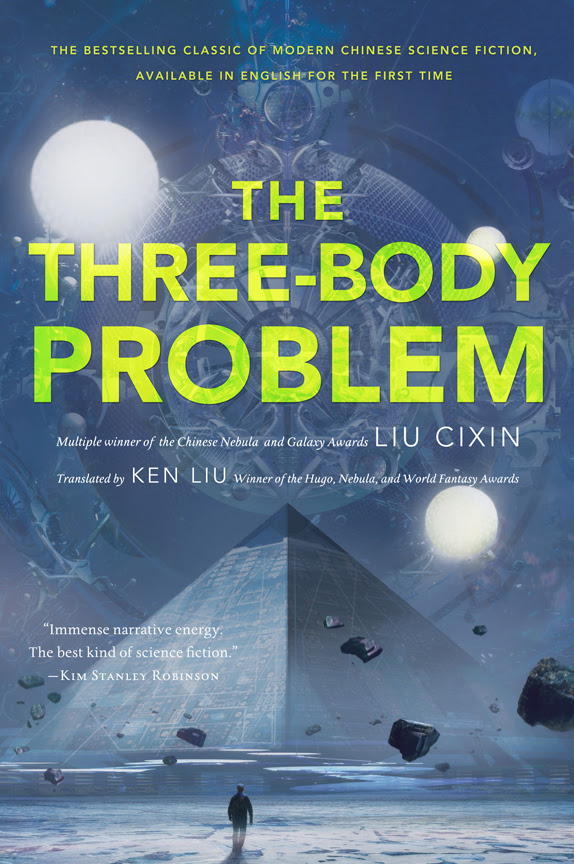 The Three-Body Problem is a novel spanning decades, galaxies, and civilizations while also showcasing intimate portraits of people caught up in the first communication between humanity and an alien species. The novel begins during China’s Cultural Revolution; a time of chaos and internal strife wherein Communism takes a stronger grip on China when a fairly prominent scientist is killed for protesting his thoughts. His daughter, Ye Wenjie, is of course affected by his death but moves into a life of science eventually working at Red Coast, a radar station for monitoring extra-terrestrial life in the late 1960s. Red Coast is also the source of many strange occurrences: people have suffered sickness and dizziness in its presence while animals show great anxiety and snow melts to rain when its antenna is extended. To say watching her father murdered before her eyes set her mind down a specific path is an understatement.
...
Liu’s narrative is not exactly linear as it is told from multiple points of view focusing on various points in time, but the whole of it builds a mesmerizing picture. As a Westerner, the world of China presented in the novel was alien in some ways, particularly the conversational patterns and the societal mores that come across from the dialogue as well as the culture on the whole. In effect, this gave a sense of not just one alien culture conversing with Earth across vast distances for the first time, but rather of two alien cultures meeting. What makes this all the more fascinating is that the physical description of the Trisolarians (what the Chinese/humans dub the aliens) is minimal and the fact that humans and Trisolarians don’t actually meet.

A couple of weeks ago I read and enjoyed The Thorn of Dentonhill, the swashbuckling superhero sword & sorcery fantasy from Marshal Ryan Maresca. Following my staggered review schedule, I posted the review this week: 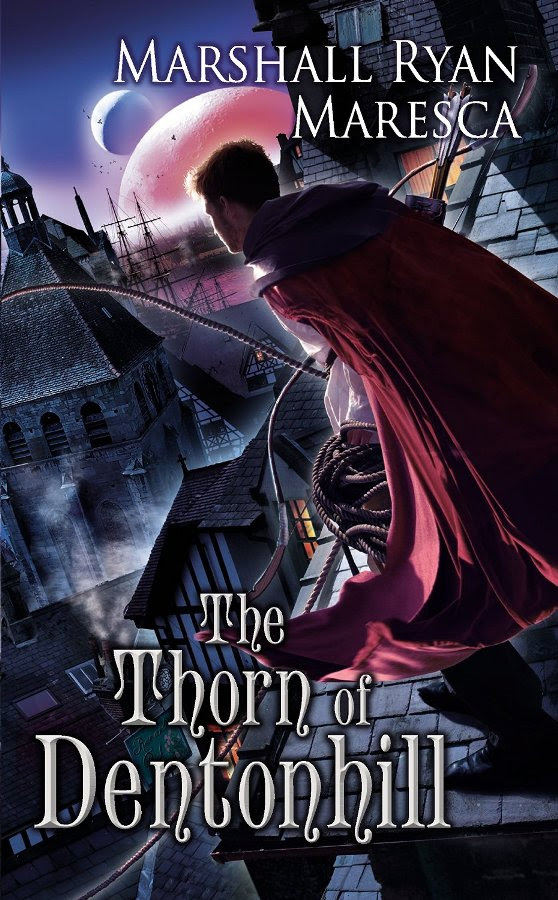 Veranix Calbert is a student at the University of Maradaine learning the history and uses of magic. He mostly keeps to himself, aside from a few close companions: Kaiana, a young woman and his closest friend who works in the custodial department of the University; his roommate Delmin; and his cousin Colin, a high-ranking member of the Rose Street Princes [a street gang]. Veranix mostly keeps to himself because when he isn’t in his dorm or classroom he roams the streets of Dentonhill trying to bring down the drug kingpin William Fenmere, the man responsible for both the death of Veranix’s father and the mindless state of Veranix’s mother. Veranix also has something of a Harry Potter/Dumbledore relationship with Alimen, the chief instructor of Veranix’s studies at the University. Alimen helped usher both Veranix and Kaiana into the University’s society and there’s a sense that he knows far more than he lets on about Veranix’s double life. Kai is aware of Veranix’s double life, and as the novel begins, she’s the only character who does. Alimen pushes Veranix to be a better student because he both worries for the young man’s safety and sees great potential in him.


The relationship between Kaiana and Veranix is filled with tension, Kai continually warns Veranix that he could get hurt or that his identity might be discovered. Veranix pushes the boundaries of what she’ll do to protect him and his identity. There’s a bit of romantic tension between the two, but at this point their relationship seems open to go in any direction. That is, Maresca hasn’t pigeon holed them as a romantic, but he hasn’t closed off that possibility either. I found it a bit refreshing that they didn’t end up paired up in this fashion, despite the rumors about the two of them that were floating around the University’s campus. However, when Delmin is finally introduced to Kai, Delmin finds himself drawn to her and not just because of their shared concern for and relationship with Veranix.

Lastly, just yesterday my April Completist column posted to SF Signal. In it, I discuss an author who has garnered his fair share of controversy. However, I highlight one of his lesser known, but perhaps most accessible series: Stephen R. Donaldson's Mordant's Need: 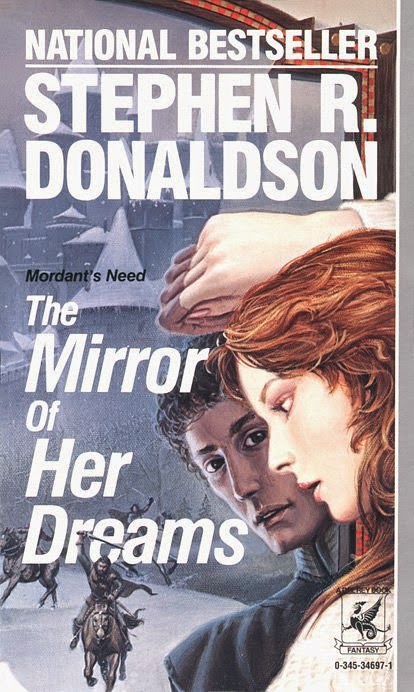 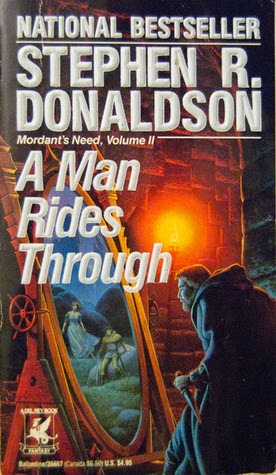 Mordant’s Need is a portal fantasy; that is, a person from “our world” travels through a portal or some other means to a different world, most often a world where magic and strange creatures live. In this case, the protagonist Terisa Morgan is a character who feels as if she has no purpose, a shrinking violet if you will. She lives in an apartment filled with mirrors so she can constantly see herself, not out of vanity, but rather to confirm her existence. A magician from the land of Mordant appears through a mirror seeking her aid. The magician, Geraden speaks of monsters “translated” to Mordant from other worlds. As serendipity/coincidence would have it, magic in the land of Mordant is connected to mirrors so Terisa’s mirror-laden apartment leads Geraden to believe he has found the right champion to fulfill Mordant’s need.
...
The pace also picks up in A Man Rides Through. He only touches upon some of the lands, enough that it makes you want to read more about those lands. Towards the final half of A Man Rides Through, Donaldson pulls together all the plot threads into one gestalt of a story which shows just how well constructed his plot and story was from the very start.