The theme this week is middle books in series in which I haven’t read previous volumes. Here goes…

Ender in Exile by Orson Scott Card (Tor Hardcvover 11/11/2008)– Who hasn’t read Card’s landmark Ender novels? I went through a phase over a couple of years where I was devouring most of Card’s back catalogue zipping through the Enderverse. I made it through a few of the Bean sequels before stopping. I liked Ender’s Game and Speaker for the Dead very much and they still stand pretty high in my mind. Of course many people will say Card is milking the Ender franchise for everything he can. Either way, this will be interesting to read to see how I’ve changed as a reader since reading those books. 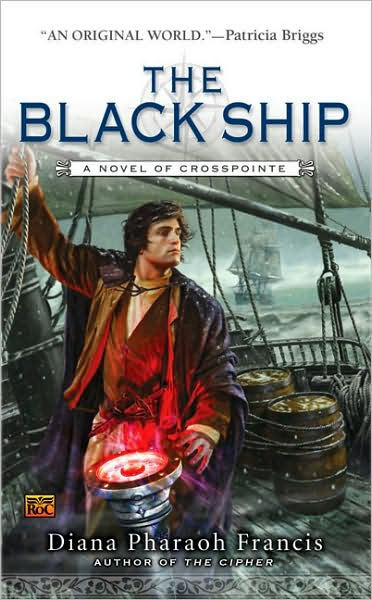 The Black Ship (A Novel of Crosspointe) by Diana Pharaoh Francis (Roc Paperback 11/04/2008) – This is the second book in a series, that on the surface, reminds me a bit of Robin Hobb’s wonderful Liveship Traders trilogy. It doesn’t seem too terribly offputting for those of us who haven’t read the first in the series.

Here’s the brief description: Thorn is a member of the Pilot’s Guild—those who possess the magical ability to navigate Crosspointe’s deadly seas. When a malevolent master within the Guild bans him from the sea, it seems his life is over. Then he is kidnapped and forced to serve aboard the rogue ship Eidolon—pitch black from bow to stern—and Thorn finds himself battling a mad captain, a mutinous crew, and the terrifying magic of the sea.

But there is a saboteur on board, trying to make sure the Eidolon never arrives safely in port. Thorn begins to realize his kidnapping may have been no mere chance— and that the cargo the black ship carries may seal his doom…

The Clone Elite A Clone Army novel by Stephen L. Kent (Ace Paperback 1 1/04/2008) - Another book in an ongoing series that looks accessible to new readers, although Kent warns on his blog to avoid reading descriptions if you haven’t read other books in the series. Specifically, that he cannot tease The Clone Elite without giving away the farm in the all of the prior books. Regardless, I may just jump in mid-series on this one. Here’s the synopsis:

2514 A.D.: An unstoppable alien force is advancing on Earth, wiping out the Unified Authority’s colonies one by one. It’s up to Wayson Harris, an outlawed model of a clone, and his men to make a last stand on the planet of New Copenhagen, where they must win the battle and the war—or lose all. 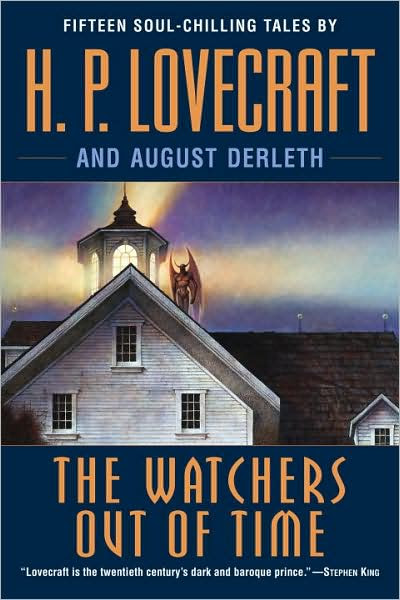 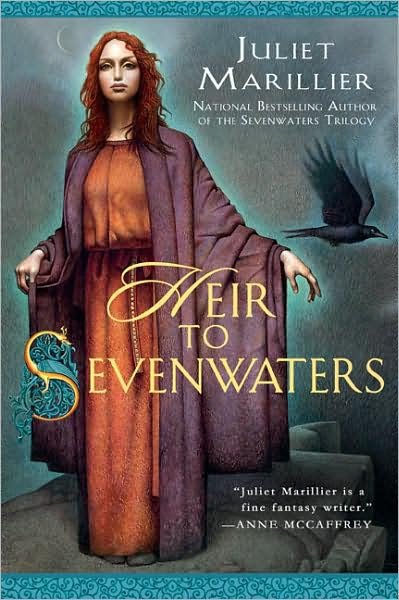 Heir to Sevenwaters by Juliet Marilier (Roc Paperback 11/04/2008)– I read her debut novel, and the first of the Sevenwaters saga waaaay back in October 2004 when it was the SFFWorld Fantasy Book Club of the Month and liked it very much. Unfortunately, this series was one of quite a few I really liked at the start, but never finished out. Heir to Sevenwaters seems like it could work well enough for new readers.

The chieftains of Sevenwaters have long been custodians of a vast and mysterious forest. Human and Otherworld dwellers have existed there side by side, sharing a wary trust. Until the spring when Lady Aisling of Sevenwaters finds herself expecting another child—a new heir to Sevenwaters.

Then the family's joy turns to despair when the baby is taken from his room and something...unnatural is left in his place. To reclaim her newborn brother, Clodagh must enter the shadowy Otherworld and confront the powerful prince who rules there. 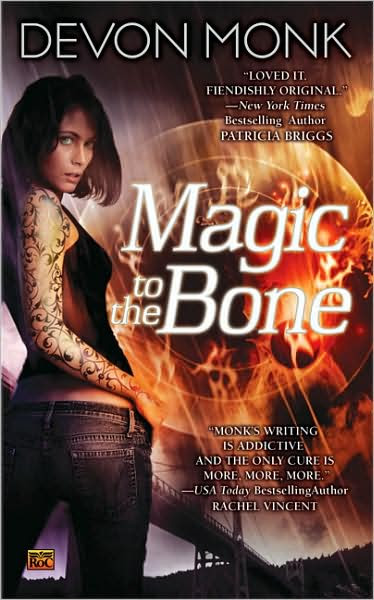 Magic to the Bone by Devon Monk (Ace Paperback 11/04/2008) - The easy quip here would be to say “…yet another urban fantasy with a sexy-tough heroine…” but this looks pretty interesting with the novel set in the Pacific Northwest, Portland to be specific. This is Monk’s debut novel, although she’s written quite a few short stories. Here’s the blurb

Using magic means it uses you back, and every spell exacts a price from its user. But some people get out of it by Offloading the cost of magic onto an innocent. Then it’s Allison Beckstrom’s job to identify the spell-caster. Allie would rather live a hand-to-mouth existence than accept the family fortune—and the strings that come with it. But when she finds a boy dying from a magical Offload that has her father’s signature all over it, Allie is thrown back into his world of black magic. And the forces she calls on in her quest for the truth will make her capable of things that some will do anything to control...

Going Under (Quantum Gravity Book Three) by Pyr (Trade Paperback 9/29/2008) – I read the first one (Keeping it Real), and Hobbit/Mark read first and second (Selling Out) for SFFWorld. I think he likes them better than I do. The idea was interesting, but I just didn’t connect with the narrative.

Lila Black is off with the faeries . . .

Ever since the Quantum Bomb of 2015 things have been different; the dimensions have fused and suddenly our world is accessible to elves, demons, ghosts and elementals—and their worlds are open to us. Things have been different for Special Agent Lila Black too: tortured and magic-scarred by elves, rebuilt by humans into a half-robot, part-AI, nuclear-fueled walking arsenal, and carrying the essence of a dead elfin necromancer in her chest, sometimes she has trouble figuring out who she is. 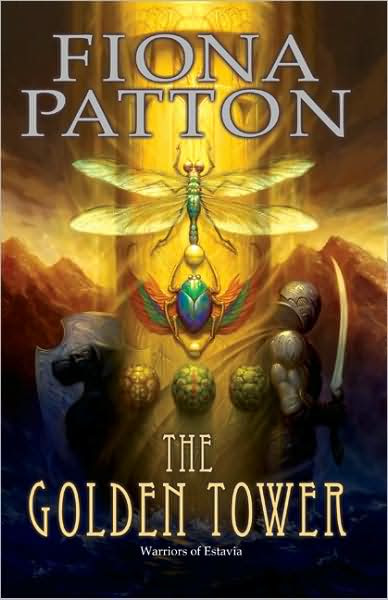 The Golden Tower: (Book 2 of the Warriors of Estavia) by Fiona Patton (Daw Hardcover 11/04/2008) - This is the second book in a series where I haven’t read the first:

In Anavatan, the city of the Silver Lake, the Gods manifest themselves on an all-too-regular basis, and it’s hard to survive if you’re not pledged to one of the deities. Now, Brax, Spar, and Graize have discovered their destinies. Grown into their powers, they are about to face off in a confrontation that will spark a war and see the rise of a new player among the Gods themselves 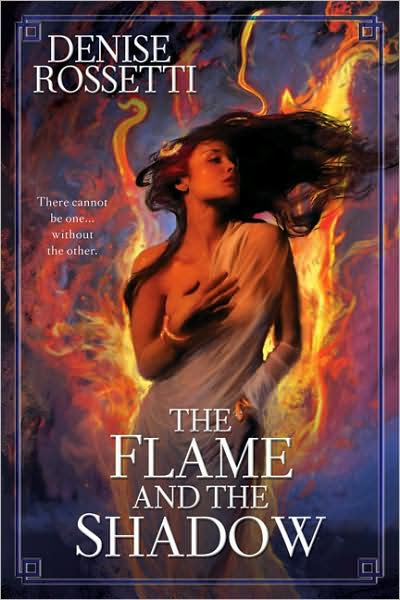 Grayson of Concordia, known on countless worlds as the Duke of Ombra, is a mercenary, a sorcerer of shadows—a man whose soul is consumed by darkness. For Gray, the bleak savagery in his heart is manifest in an entity he calls Shad. He has long resisted Shad's enticements, but when he is hired to kidnap a fire witch, he seizes the chance to restore his soul—no matter the cost.

Cenda's heart is ash. Since the death of her precious baby daughter, life has lost all meaning for the fire witch. Slowly, she has worked to master her powers and go on living. But when she encounters Gray, her will is no match for her desire. But her love may not survive the terrible discovery of Gray's betrayal...

Kris Longknife: Intrepid by Mike Shepherd (Ace Mass Market Paperback 11/04/2008) This is the sixth novel in an ongoing military science fiction series that superficially resembles David Weber’s Honor Harrington Novels. Not having read any, I can’t say for sure, so here’s the very brief synopsis:

Kris Longknife has been assigned to The Wasp, the best warship beyond the Rim of Human Space. But while hunting for pirates, Kris stumbles upon something. It’s a plan to kill one of the members of the aristocratic Peterwald family—and the would-be killers are setting her up as the assassin. 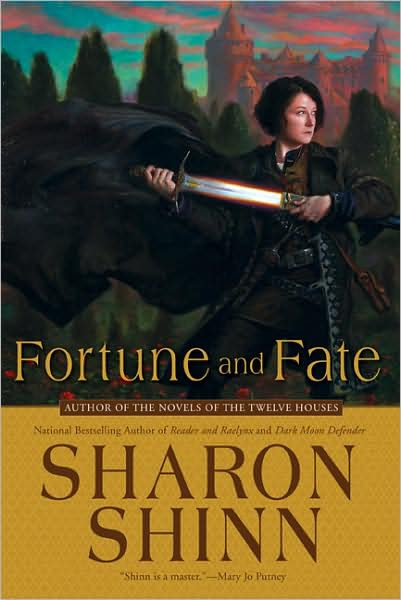 Fortune and Fate (A Twelve Houses novel) by Sharon Shinn (Ace Mass Market Paperback 11/04/2008) A new (Standalone?) novel in Shinn’s long-running Twelve Houses saga. Many years ago I read her novel, Archangel and really enjoyed it. Whether I get to this one is a different story. Here’s the synopsis:

A troubled Warrior Rider named Wen faces her greatest challenge in the last place she ever expected: behind the walls of a great family estate known as Fortune, where Wen has been hired to guard the young heiress. Once there, she will find that fate has other plans for her.

Fast Ships, Black Sails by Ann & Jeff Vandermeer (Nightshade Books Trade Paperback October 2008)– I actually submitted a short story to Jeff Vandermeer for this volume, but didn’t make the cut. Regardless, I’m looking forward to reading this one considering the great writers included:

Shadows Edge (Night Angel Trilogy #2) by Brent Weeks (Orbit Paperback 11/30/2008) – I finished the first in the trilogy, The Way of Shadows the day before posting this. I really enjoyed it so, are I’ll jump into this one. Early comparisons were to Scott Lynch, but I’m reminded more so of Robin Hobb, at least in the tone. The first book, The Way of Shadows is already generating some pointed discussion at SFFWorld and the blogosphere (Jeff at Fantasy Book News and Review and Pat's Fantasy Hotlist).