Some interesting stuff this week, so here goes: 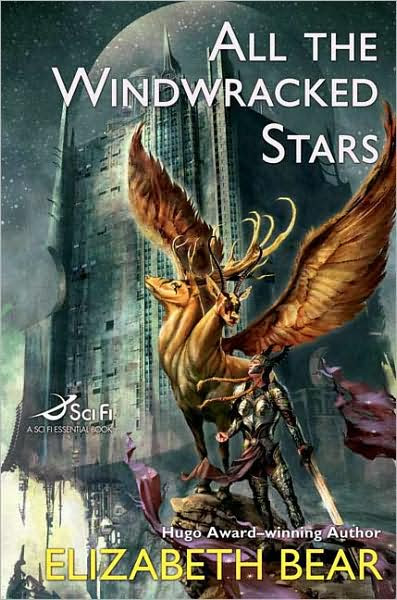 All the Windwracked Stars by Elizabeth Bear (Tor Hardcover 10/28/2008)– Post apocalypse meets far future science fiction meets myth? Sounds cool to me and a good enough introduction to Bear’s novel-length fiction, of which I have (embarrassingly) read none. This is the first of a series I think, but either way it sounds pretty good. Reviewed here by Joe Sherry. Here's the synopsis: It all began with Ragnarok, with the Children of the Light and the Tarnished ones battling to the death in the ice and the dark. At the end of the long battle, one Valkyrie survived, wounded, and one valraven – the steeds of the valkyrie. Because they lived, Valdyrgard was not wholly destroyed. Because the valraven was transformed in the last miracle offered to a Child of the Light, Valdyrgard was changed to a world where magic and technology worked hand in hand. 2500 years later, Muire is in the last city on the dying planet, where the Technomancer rules what’s left of humanity. She's caught sight of someone she has not seen since the Last Battle: Mingan the Wolf is hunting in her city.

The Stormcaller (Book One of the Twilight Reign) by Tom Lloyd (Pyr Trade Paperback 10/21/2008) – The first in a new fantasy series, previously published in the UK, one of the few straight up fantasies to come out of Pyr.

Here’s the brief description: In a land ruled by prophecy and the whims of gods, a young man finds himself at the heart of a war he barely understands, wielding powers he may never be able to control.

Isak is a white-eye, born bigger, more charismatic, and more powerful than normal men. But with that power comes an unpredictable temper and an inner rage he cannot always hide. Brought up as a wagon-brat, feared and despised by those around him, he dreams of a place in the army and a chance to live his own life. But when the call comes, it isn’t to be a soldier, for the gods have other plans for the intemperate teenager: Isak has been chosen as heir-elect to the brooding Lord Bahl, the white-eye Lord of the Farlan. The Stormcaller is the first book in a powerful new series that combines inspired world-building, epoch-shattering battles, and high emotion to dazzling effect.

Agent to the Stars by John Scalzi - It's Scalzi and I've yet to be disappointed yet. This is his first book, which is set to be republished by Tor in November. The space-faring Yherajk have come to Earth to meet us and to begin humanity’s first interstellar friendship. There’s just one problem: They’re hideously ugly and they smell like rotting fish. So getting humanity’s trust is a challenge. The Yherajk need someone who can help them close the deal.

Enter Thomas Stein, who knows something about closing deals. He’s one of Hollywood’s hottest young agents. But although Stein may have just concluded the biggest deal of his career, it’s quite another thing to negotiate for an entire alien race. To earn his percentage this time, he’s going to need all the smarts, skills, and wits he can muster.

Lamentation by Ken Scholes (Tor Hardcover February 2009)– Ken Scholes has been writing short fiction for a few years now and this is his first novel. I read the short story, Of Metal Men and Scarlet Thread and Dancing with the Sunrise, which is the root of this story. There’s already a bit of positive buzz surrounding this title at SFFWorld forums. Here’s the synopsis:

An ancient weapon has completely destroyed the city of Windwir. From many miles away, Rudolfo, Lord of the Nine Forest Houses, sees the horrifying column of smoke rising. He knows that war is coming to the Named Lands.

Nearer to the Devastation, a young apprentice is the only survivor of the city – he sat waiting for his father outside the walls, and was transformed as he watched everyone he knew die in an instant. Soon all the Kingdoms of the Named Lands will be at each others' throats, as alliances are challenged and hidden plots are uncovered.

This remarkable first novel from an award-winning short fiction writer will take readers away to a new world – an Earth so far in the distant future that our time is not even a memory; a world where magick is commonplace and great areas of the planet are impassable wastes. But human nature hasn’t changed through the ages: War and faith and love still move princes and nations. 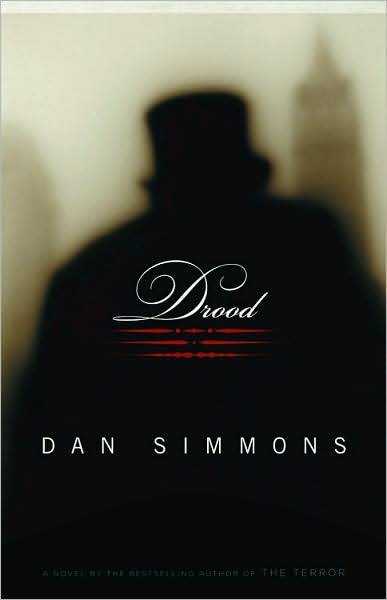 Drood by Dan Simmons (Little, Brown and Company Hardcover 2/09/2009) – This is the next big book from Dan Simmons, and I mean big. I could probably kill small cats with the ARC that was airlifted to my house yesterday. I’m still kicking myself for not reading The Terror, because I haven’t really been disappointed by anything I’ve ever read by him.

Here’s the synopsis: On June 9, 1865, while traveling by train to London with his secret mistress, 53-year-old Charles Dickens--at the height of his powers and popularity, the most famous and successful novelist in the world and perhaps in the history of the world--hurtled into a disaster that changed his life forever. Did Dickens begin living a dark double life after the accident? Were his nightly forays into the worst slums of London and his deepening obsession with corpses, crypts, murder, opium dens, the use of lime pits to dissolve bodies, and a hidden subterranean London mere research … or something more terrifying?

Just as he did in The Terror, Dan Simmons draws impeccably from history to create a gloriously engaging and terrifying narrative. Based on the historical details of Charles Dickens's life and narrated by Wilkie Collins (Dickens's friend, frequent collaborator, and Salieri-style secret rival), DROOD explores the still-unsolved mysteries of the famous author's last years and may provide the key to Dickens's final, unfinished work: The Mystery of Edwin Drood. Chilling, haunting, and utterly original, DROOD is Dan Simmons at his powerful best.
at 10/26/2008