Weber and Cronin Reviewed at SFFWorld

Two more reviews were posted to SFFWorld this past week, one from me and one from Mark.

David Weber is an author whose work I’ve only recently begun to enjoy and my latest review is the second novel in his epic Safehold saga, By Schism Rent Asunder: 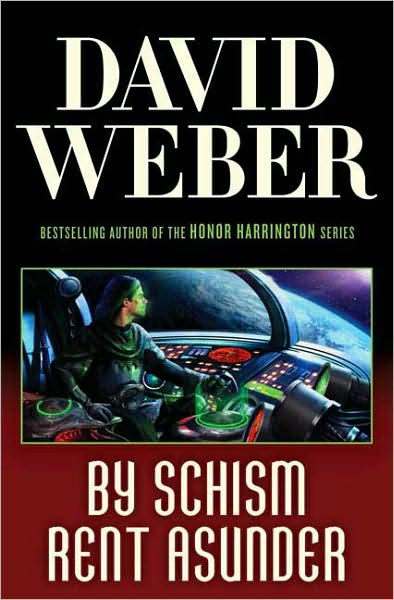 Note: This review contains spoilers for Off Armageddon Reef

As with the previous novel, Weber envisages his story on a wide, epic scale. Although the feel of the novel is that of a nautical/historical fantasy, he provides timely reminders about the true nature of the series – that these humans are alive in the far future and have the looming threat of racial extinction from aliens.

A strength Weber is known for, and on full display here, is his ability to paint larger than life characters in a believable fashion. Cayleb is a figure who could draw comparisons to some of ‘real’ history’s greatest leaders – Abraham Lincoln, Alexander the Great, or even Charlemagne. If such leaders did not once exist, it might otherwise be difficult to believe in a person such as Cayleb.

Mark reviewed a book I received in ARC form last week - The Passage by Justin Cronin:

OK. As you might expect with such a massive tome, it starts slowly. The first 250 pages take their time but they are relentless. In fact, the first 250 pages are probably a novel in themselves. They tell of Crichton-style genetic experiments, of blood-sucking creatures, their development and their eventual escape. We are introduced to Amy Bellafonte, a quiet little abandoned six-year old with unusual Wyndham-esque powers. Her protector is Brad Wolgast, an FBI agent with a closer attachment to Amy than should be. Anthony Carter is a Death Row prisoner given a choice, but an outcome he didn’t expect.