Lest my review be the only posted at SFFWorld this week, Mark and Dan put up some nice reviews as well

First off, is Mark’s review of Wolfsangel by M.D. Lachlan:

It’s quite refreshing to read a book that dips into other pantheons from the usual. There are elements here that you will recognise from Norse mythology, if you know it: for others it will be a pleasant surprise. There’s a wealth of background available for a writer to dip into, and it’s clearly something M.D. expects to use in future books in the series. The ending is not too surprising, though fairly self contained, if you want it to be.

Consequently, despite being a little spoiled for me, as a Fantasy debut this is a fine novel and one for me that punched above its weight. Consequently, I suspect it will do very well. As is often the case with a good read, despite the fact that I knew what was going to happen in the end, I finished the book caring about the characters and wanting to know what happens next. That is a good sign.

Strahan describes this volume as a collection of stories, tales built around a good idea that is complete; one that opens, builds and then delivers some kind of pay-off at its conclusion. It is not structure he’s after but whether there is a story to be told and the authors get it done by the time they’re finished. He wants a story that is immersive, that sweeps him away into that world for as long as it lasts, or makes him think differently about something. So, let’s see what that means: 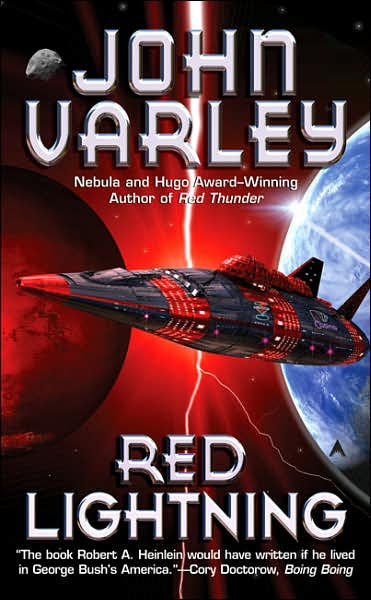 As I had hoped, this is an interesting novel with many of the pleasing attributes of the first. It is, in simple terms, Red Thunder: the Next Generation. The tale here moves on from Manny, Kelly, Dak and Travis to the teenage prodigy of Manny and Kelly. Now living on Mars and helping run Manny and Kelly’s Red Thunder Hotel, the tale is told in the first person by their son, Ramon (Ray) Garcia-Strickland.

As a reader, it felt good to revisit and continue on from Red Thunder. More pleasingly (for me) Jubal is less important than previously, though he is still an important character. This means that we get less of his irritating Cajun accent, which really didn’t work for me in the previous novel, as I spent more time trying to decipher his speech in writing than enjoying the plot.