Only one new review at SFFWorld this week, but it really stands out in big way. Bitter Seeds by Ian Tregillis will likely make my top 5 or at the least, top 10 of 2010 and as of now, is the best debut I’ve read this year: 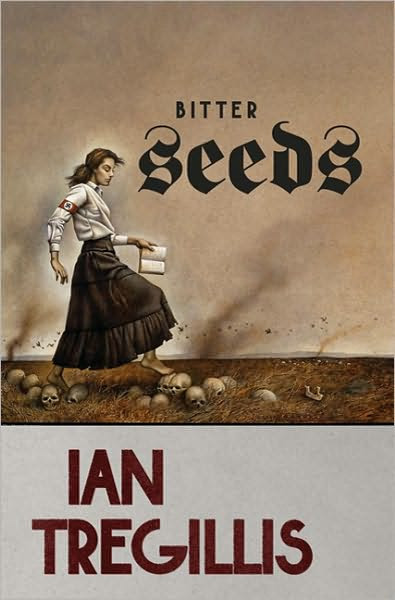 I’ve not read Tregillis’s short fiction, so this is my first exposure to any of his work and I am impressed. Though I’m not averse to Alternate History and enjoy it, I don’t typically seek it out. Tregills’s novel worked on many levels, partially for the characters, partly for the iconic setting, partly for the thrilling plot, and wholly for the combination of all of these elements into a cohesive entertaining story.
.
.
.
This is the first installment of what’s being called the Milkweed Tryptich – after the secret British organization who commune with the Eidolons. WWII is far from over by novel’s end, and in fact, plot notes towards the end of the novel point to a several developments that both hang in great anticipation and great dread for the characters. The promise of the expanding war, at least as it played out in the ‘real world,’ add to the level of anticipation for the second volume.