Lots of new SFFWorld this past week, thanks to a big slew from Mark/Hobbit…

With my review of Shadowrise by Tad Williams, I’m all caught up with his Shadowmarch saga so I’ve just got to wait until the final book publishes in the fall. Here’s a snapshot of my review of the third book: 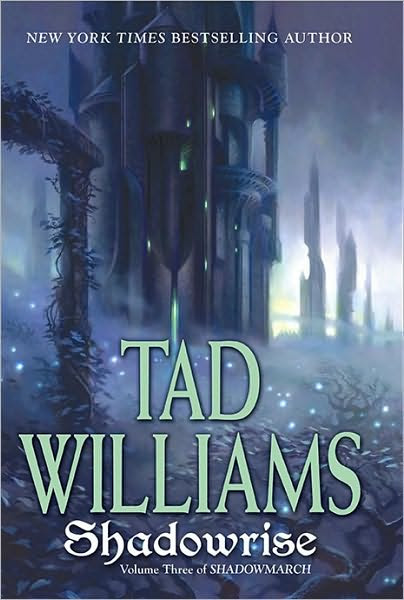 The story here in the third volume continues along the lines established in the previous two volumes. Barrick Eddon continues his journey deeper into the Twilight Lands where he learns a great deal more about his heritage and the heritage of humanity and Qar in the world. His journey is quite fascinating and in this volume, and the mythic resonance becomes richer as he encounters more dark fae creatures. Protected in the previous volumes by Vansen and Gyir, now the young prince is on his own with only Skurn, the wisecracking crow who possesses a strange speech pattern as conversation partner. Barrick relies more and more on himself and is able to because he had two role models helping him along on his adventure. His ultimate quest in this novel is to reach the mythical city of Qul-na-Qar.


Mark is moving though David J. Williams ’s Autumn Rain trilogy, and after reading his review of the second book The Burning Skies, I’m realizing I might want to catch-up with the trilogy: 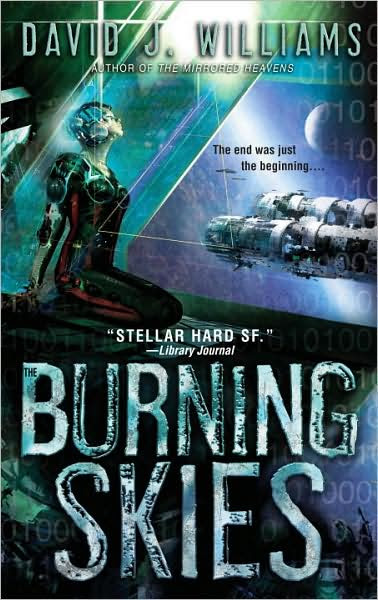 The narrative moves quickly and at times blindingly fast between these characters. Those who have read the previous novel will be aware of this – others may find that takes a little bit of getting used to. At times, this can lead to characters being a tad interchangeable if you’re not careful, though there are helpful hints along the way, such as the main characters each being given a symbol to show from which perspective the narrative is coming from.


What we have here is David’s style of fast-paced action and complex political machinations. There are intricate power plays and struggles for power as things reassert themselves, crossed and counter-crossed agents where no one trusts anyone else and the differentiation between right and wrong is deliberately blurred.

Mark reviewed a book I had a look at earlier this year, and seemed to like it more than I did: Mark Chadbourn’s, Sword of Albion: 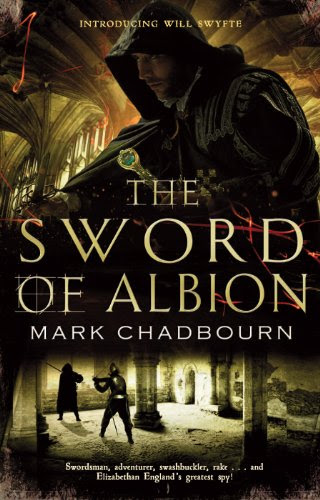 It takes a special kind of book these days for a jaded reviewer like myself to make specific time for – ignore the family, go to bed early, that sort of thing.

And having read a few of these with a similar theme over the last couple of years – Marie Brennan’s MIDNIGHT NEVER COME, Dan Abnett’s TRIUMFF, for example – you might expect this one as a result to move down the ‘to be read’ pile a fair way.

Where this one scores is that the tale is told with enough pace not to get bogged down with political and historical detail, nor too humorous to disengage readers from the gravitas of the plot. There is a real sense of menace and evil here, which Mark uses with full relish. Parts of it are most unpleasant. Will is also a character with a bit of depth and not always as clear cut as the reader would perhaps expect him to be.

Also reviewed by Mark was Blood Oath by Christopher Farnsworth, which tells of a vampire helping various US Presidents over the years:

OK: so my glib summary may give the impression that the book’s a little incredulous. And there are places where my credulity was stretched – the bad guy is a cliché, a near-immortal ‘mad scientist’ on whom the novel Frankenstein was based, for example. But what the book lacks in originality (though there are some nice little twists along the way) it gains in pace and style. There’s a nice series of flashbacks to earlier events in Cade’s lengthy life – his signing of the blood oath that ties him to the president, where he was when 9/11 happened. Refreshingly (for me), there is little romance, (although there is definitely some sex!) though there are hints of one earlier in Cade’s life. There’s a lot you could do here with events that are not contemporary and I could see a series of prequels, if the author felt like it.

Mark has been reviewing a lot of histories/genre retrospectives, the latest of which is a reissue of a seminal overview of the genre The World Beyond the Hill: Science Fiction and the Quest for Transcendence by Alexi and Cory Panshin:

The book under review here is also a non-fiction book, a history of science fiction, starting with its genesis (Panshin suggests that Walpole’s gothic novel The Castle of Otranto, published 1794, as an origin point) up to the end of the 1950’s.

It won the Hugo award in 1990 for Best Non-Fiction book. Issac Asimov at the time said, "The best, the best, history of science fiction I have ever read...I expect to read The World Beyond the Hill over and over for the rest of my life. It is an unbelievably wonderful book."

Twenty years on, does the book stand up to scrutiny on the other side of the 20th century?

It is a massive book, a big book with a big history. It tells of events that set the context of the development of SF from the pre-rocket days (The Romantic Era) to the Technological Era and up to the Atomic Age.