Only two new books this week.

Quick programming note for my millions and millions of fans … I’ll be on vacation starting Tuesday until the following Monday, so there won’t be a books in the mail post next week. 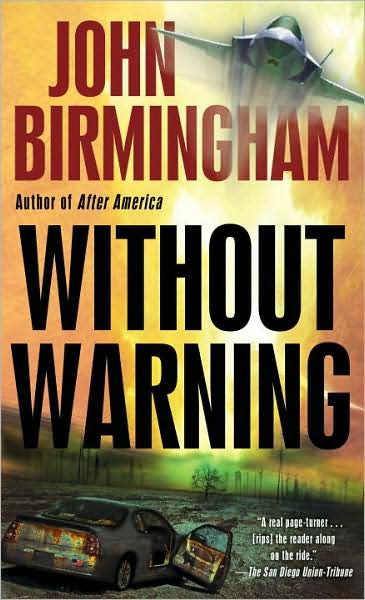 After America by John Birmingham (Del Rey Mass Market Paperback 07/06/2010) – I read Birmingham’s Weapons of Choice when it first published, liked it, but just didn’t return to the series. This is the second book of a duology, the first book of which I received two weeks ago.

March 14, 2003, was the day the world changed forever. A wave of energy slammed into North America and devastated the continent. The U.S. military, poised to invade Baghdad, was left without a commander in chief. Global order spiraled into chaos. Now, three years later, a skeleton U.S. government headquartered in Seattle directs the reconstruction of an entire nation—and the battle for New York City has begun.

Pirates and foreign militias are swarming the East Coast, taking everything they can. The president comes to the Declared Security Zone of New York and barely survives the visit. The enemy—whoever they are—controls Manhattan’s concrete canyons and the abandoned flatlands of Long Island. The U.S. military, struggling with sketchy communications and a lack of supplies, is mired in a nightmare of urban combat.

Caught up in the violence is a Polish-born sergeant who watches the carnage through the eyes of an intellectual and with the heart of a warrior. Two smugglers, the highborn Lady Julianne Balwyn and her brawny partner Rhino, search for a treasure whose key lies inside an Upper East Side Manhattan apartment. Thousands of miles away, a rogue general leads the secession of Texas and a brutal campaign against immigrants, while Miguel Pieraro, a Mexican-born rancher, fights back. And in England, a U.S. special ops agent is called into a violent shadow war against an enemy that has come after her and her family.

The president is a stranger to the military mindset, but now this mild-mannered city engineer from the Pacific Northwest needs to make a soldier’s choice. With New York clutched in the grip of thousands of heavily armed predators, is an all-out attack on the city the only way to save it?

From the geopolitics of post-American dominance to the fallout of Israel’s nuclear strike, After America provides a gripping, intelligent, and harrowing chronicle of a world in the maw of chaos—and lives lived in the dangerous dawn of a strange new future.. 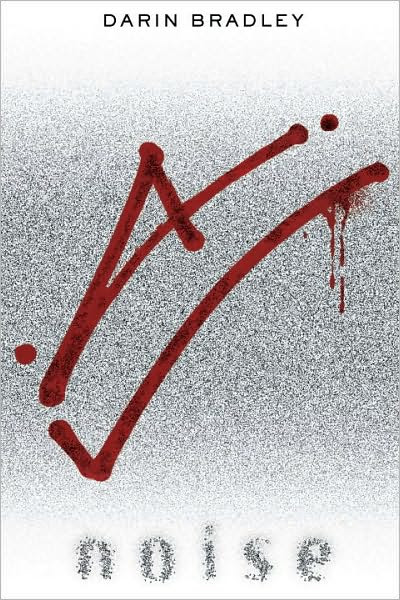 Noise by Darin Bradley (Bantam Spectra Trade Paperback 08/31/2010) – Debut novel that seems to be about a drastic societal shift.

In the aftermath of the switch from analog to digital TV, an anarchic movement known as Salvage hijacks the unused airwaves. Mixed in with its random noise are dire warnings of the imminent economic, political, and social collapse of civilization—and cold-blooded lessons for how to survive the fall and prosper in the harsh new order that will inevitably arise from the ashes of the old.

"Hiram and Levi are two young men, former Boy Scouts and veterans of countless D&D campaigns. Now, on the blood-drenched battlefields of university campuses, shopping malls, and gated communities, they will find themselves taking on new identities and new moralities, as they lead a rag-tag band of hackers and misfits to an all-but-mythical place called Amaranth, where a fragile future waits to be born.