Sometimes I get one or two books, other weeks I'll get nearly a dozen books. Some weeks, I’ll receive a finished (i.e. the version people see on bookshelves) copy of a book for which I received an ARC (Advance Reader Copy) weeks or months prior to the actual publication of the book. Sometimes I'll want to read everything that arrives, other weeks, the books immediately go into the "I'll never read this book" pile, while still others go into the nebulous "maybe-I'll-read-it-category." More often than not, it is a mix of books that appeal to me at different levels

Vortex: (Fate of the Jedi Book Nine) by Troy Denning (Hardcover 11/11/2010 Del Rey) – This is the sixth book in the latest series featuring that troublesome Skywalker clan. I’m waaay behind on my reading of Skywalker history, with the last book I read in the SW universe being the final New Jedi Order novel.

In a stunning turn of events, Luke Skywalker and his son, Ben, joined forces with members of the Sith armada sent to kill them—and turned their combined might against the monstrous being Abeloth, whose power was causing young Jedi Knights to go seemingly insane. But with Abeloth gone and the Knights sane again, the Sith reverted to form, making a treacherous attempt on Luke's life.

Luke and Ben have no time for retaliation. A new and even more insidious threat is rising, one that endangers not only the Jedi but the entire Galactic Alliance. Unless the Skywalkers survive to sound the alarm—and to pass along the secrets they have learned about Abeloth and the Sith—the galaxy will suffer as it has never suffered before. But the reinforcements they need remain grounded on Coruscant, where the political battle of wills between the Jedi Council and Galactic Alliance Chief of State Natasi Daala has reached a boiling point.

Now Luke and Ben must go on the run, taking along the inscrutable—and dangerous—Sith apprentice Vestara Khai. With a host of Sith warriors in hot pursuit, the Skywalkers soon find themselves trapped on the moon Pydyr, caught between their former allies and a mob of angry Fallanassi. A new truce may be their only hope. But can a Sith ever be trusted?

With the Jedi's most famous father-and-son team outnumbered and outgunned, the countdown to galactic disaster has begun—and time is running out! 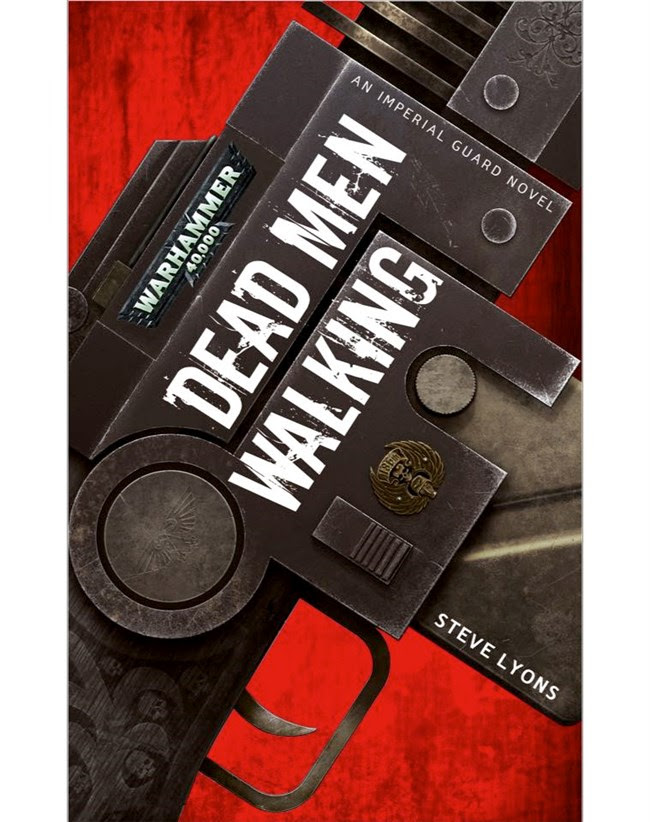 When the necrons rise, a mining planet descends into a cauldron of war and the remorseless foes decimate the human defenders. Salvation comes in an unlikely form – the Death Korps of Kreig, a force as unfeeling as the Necrons themselves. When the two powers go to war, casualties are high and the magnitude of the destruction is unimaginable.

Helfort's War Book 4: The Battle for Commitment Planet by Graham Sharp Paul (Del Rey, Mass Market 11/23/2010) – This is the fourth book in a Military SF series and I haven’t read the first hree books.


It was insane, it was suicidal, it was wrong -
and by God he was going to do it.

The Hammer Worlds have Helfort exactly where they want him. The ultimatum is brutal and precise. Unless the Federated hero surrenders, the Hammer World's prisoner Anna Cheung - the only woman Helfort has ever loved - will be handed over to a bunch of depraved troopers to be violated, then executed by firing squad.

Helfort can obey, or he can do what the crew proposes: sail his three frontline dreadnoughts into the Hammers' stronghold Commitment Planet, liberate Anna and the rest of the POWs held captive there, and continue the fight in the jaws of the enemy. Helfort's decision? Bring it on! 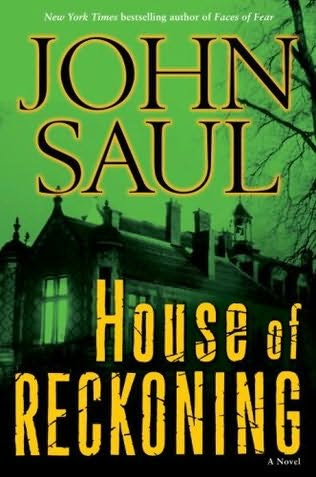 For more than three decades John Saul has haunted the New York Times bestseller list–and readers’ imaginations–with his chilling tales of psychological suspense and supernatural horror. His instinct for striking the deepest chords of fear in our hearts and minds is unerring, and his gift for steering a tale from the light of day into the darkest depths of nightmare is at its harrowing best in House of Reckoning.

After the untimely death of her mother, fourteen-year-old Sarah Crane is forced to grow up quickly in order to help tend her family’s Vermont farm and look after her grieving father, who’s drowning his sorrow in alcohol. But their quiet life together is shattered when her father is jailed for killing another man in a barroom brawl and injuring Sarah in a drunken car crash. Left in the cold care of a loveless foster family and alienated at school, Sarah finds a kindred spirit in classmate Nick Dunnigan, a former mental patient still plagued by voices and visions. And in eccentric art instructor Bettina Phillips, Sarah finds a mentor eager to nurture her talent for painting.

But within the walls of Bettina’s ancestral home, the mansion called Shutters, Sarah finds something altogether different and disturbing. Monstrous images from the house’s dark history seem to flow unbidden from Sarah’s paintbrush–images echoed by Nick’s chilling hallucinations. Trapped for ages in the shadowy rooms of Shutters, the violence and fury of long-dead generations have finally found a gateway from the grave into the world of the living. And Sarah and Nick have found a power they never had: to take control, and take revenge.