A varied mixed of authors, publishers and books have arrived on my doorstep/in my mailbox/in front of my garage. Since I can't read all of them, I can at least post here what those books are. Here goes... Prospero Burns (Horus Heresy) by Dan Abnett (Black Library, Mass Market Paperback 12/28/2010) – Abnett is the king of Warhammer fiction and his work in the Horus Heresy sub series s considered some of his best work. I haven’t read any of the HH books, but this could be the first.

The Emperor is enraged. Primarch Magnus the Red of the Thousand Sons Legion has made a terrible mistake that endangers the very safety of Terra. With no other choice, the Emperor charges Leman Russ, Primarch of the Space Wolves, with the apprehension of his brother from the Thousand Sons home world of Prospero. This planet of sorcerers will not be easy to overcome, but Russ and his Space Wolves are not easily deterred. With wrath in his heart, Russ is determined to bring Magnus to justice and bring about the fall of Prospero.. 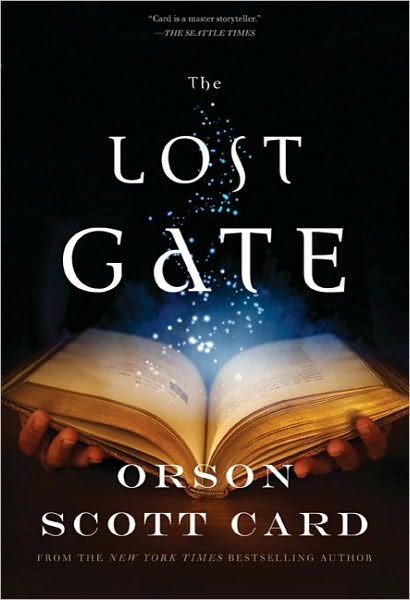 Passion Play (Mithermages #1) by Orson Scott Card (Tor, Hardcover 01/04/2011) Although I thoroughly enjoyed a lot of OSC’s work (early Ender books, Homecoming, Alvin Maker , Pastwatch, The Worthing Saga,it’s been a few years since I read anything by OSC, and it was an older title of his at that, maybe Wyrms or one of his later milkings of the Ender saga. Maybe this, what feels like OSC channeling Neil Gaiman, will be my return to his work


Danny North knew from early childhood that his family was different, and that he was different from them. While his cousins were learning how to create the things that commoners called fairies, ghosts, golems, trolls, werewolves, and other such miracles that were the heritage of the North family, Danny worried that he would never show a talent, never form an outself.

He grew up in the rambling old house, filled with dozens of cousins, and aunts and uncles, all ruled by his father. Their home was isolated in the mountains of western Virginia, far from town, far from schools, far from other people.

There are many secrets in the House, and many rules that Danny must follow. There is a secret library with only a few dozen books, and none of them in English — but Danny and his cousins are expected to become fluent in the language of the books. While Danny’s cousins are free to create magic whenever they like, they must never do it where outsiders might see.

Unfortunately, there are some secrets kept from Danny as well. And that will lead to disaster for the North family. 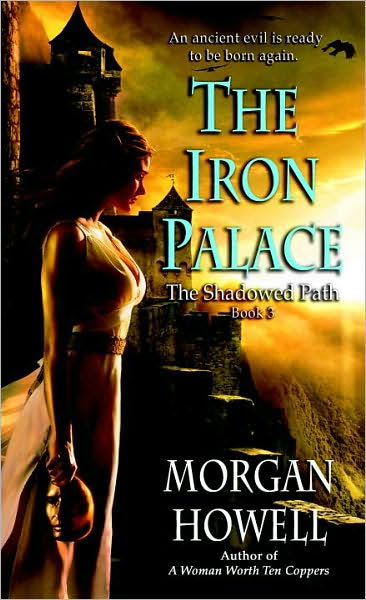 The Iron Palace (The Shadowed Path #3) by Morgan Howell (Del Rey Mass Market Paperback 12/28/2009) – The following dilemma lies at the heart of The Shadowed Path: if evil is fueled by violence, how can violence overcome it? This trilogy is set in the same world as Queen of the Orcs, but the action takes place two centuries later when all humanity is threatened by a fanatical cult that “harvests souls” for a bloodthirsty god.

Seventeen years have passed since Yim, an ex-slave blessed by the benevolent goddess Karm, sacrificed her body—and perhaps her very soul—to Lord Bahl, avatar of the evil Devourer. In that selfless act, Yim stripped Lord Bahl of his power but became pregnant with his son. Now that son, Froan, is a young man. And though Yim has raised him in the remote Grey Fens and kept him ignorant of his past, the taint of the Devourer is in his blood.

Even now an eldritch call goes out—and the slumbering shadow stirs in Froan’s blood, calling to him in a voice that cannot be denied. Armed with a dark magic he barely understands, Froan sets out to claim his destiny. When Yim seeks to stop him, her sole hope is that Honus—the love she abandoned—will take up the sword again for Karm’s sake and hers. Only then can she hope to face the impregnable bastion of unspeakable evil: the Iron Palace. 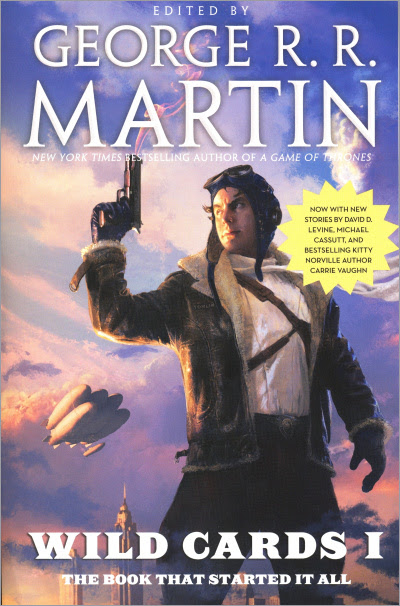 Wild Cards I (Wild Cards #1) edited by George R.R. Martin (Tor, Trade Paperback 01/04/2011) – Before GRRM was dabbling in multi-volume fantasy sagas, he was overseeing this popular shared world, one of the earliest examples of superheroes (or as GRRM coined the term, metahumans) in prose. .

Back in print after a decade, expanded with new original material, this is the first volume of George R. R. Martin’s Wild cards shared-world series

There is a secret history of the world—a history in which an alien virus struck the Earth in the aftermath of World War II, endowing a handful of survivors with extraordinary powers. Some were called Aces—those with superhuman mental and physical abilities. Others were termed Jokers—cursed with bizarre mental or physical disabilities. Some turned their talents to the service of humanity. Others used their powers for evil. Wild Cards is their story.

Never Knew Another (Dogland Trilogy #1) by J.M. McDermott (Nightshade Books, Trade Paperback 2/22/2011) – McDermott’s debut novel Last Dragon published through the short-lived Wizards of the Coast Discoveries program, was praised when published two years ago. This is his latest novel.

Fugitive Rachel Nolander is a newcomer to the city of Dogsland, where the rich throw parties and the poor just do whatever they can to scrape by. Supported by her brother Djoss, she hides out in their squalid apartment, living in fear that someday, someone will find out that she is the child of a demon. Corporal Jona Lord Joni is a demon's child too, but instead of living in fear, he keeps his secret and goes about his life as a cocky, self-assured man of the law. The first book in the Dogsland Trilogy, Never Knew Another is the story of how these two outcasts meet.

Elric: Swords and Roses (Chronicles of the Last Emperor of Melniboné: Volume ) by Michael Moorcock (Del Rey Trade Paperback 10/27/2009) – This is the sixfth volume in Del Rey’s terrific looking repackaging of Moorcock’s iconic Anti-hero, Elric. Each volume has had a different artist, this one’s cover and interior is by John Picacio. There’s also an introduction by Tad Williams. I’ve read most of the Elric stories in various forms, either in the Science Fiction Book Club omnibuses or the White Wolf versions.

Feared by enemies and friends alike, Elric of Melniboné walks a lonely path among the worlds of the Multiverse. The destroyer of his cruel and ancient race, as well as its final ruler, Elric is the bearer of a destiny as dark and cursed as the vampiric sword he carries—the sentient black blade known as Stormbringer.

Del Rey is proud to present the sixth and concluding installment of its definitive omnibus editions featuring fantasy Grand Master Michael Moorcock’s most famous—or infamous—creation. Here is the full text of the novel The Revenge of the Rose, a screenplay for the novel Stormbringer, the novella Black Petals, the conclusion to Moorcock’s influential “Aspects of Fantasy” essay series and other nonfiction, and an indispensable reader’s guide by John Davey.

Sumptuously illustrated by John Picacio, with a Foreword by Tad Williams, Elric: Swords and Roses is a fitting tribute to the most unique fantasy hero of all time. 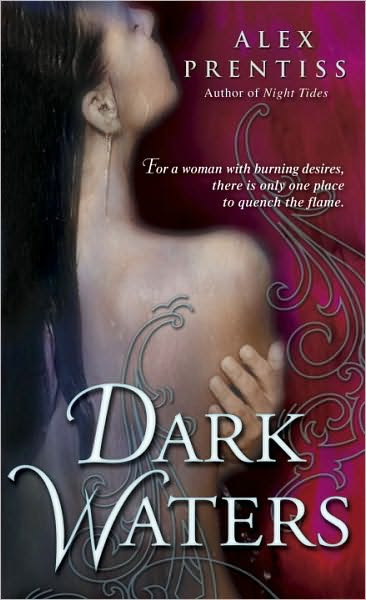 Dark Waters by Alex Prentiss (Bantam, Mass Market Paperback 12/28/2010) – The second in the series about a mysterious Lady of the Lake. What I find most odd is that this author doesn’t have a Web site, an anomaly in this day and age.

By day, Rachel Matre runs a hip diner in downtown Madison, Wisconsin. By night, she slips naked into the waters of a lake whose spirits speak to her, caress her, and take her to a place of indescribable pleasure. 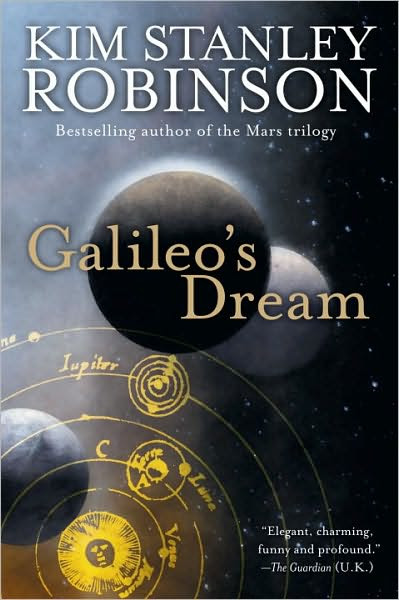 Galileo's Dream by Kim Stanley Robinson (Spectra Trade Paperback 12/29/2010) – When I received the hardcover exactly a year ago, I said, “ Although I couldn’t get through Red Mars, I’m definitely giving this one a try and maybe, just maybe I’ll revisit his Mars books one more time.” Well, I gave it a try and couldn’t finish the book. KSR’s style just doesn’t match up with my reading tastes.

The winner of every major science fiction award, Kim Stanley Robinson is a novelist who looks ahead with optimism even while acknowledging the steep challenges facing our planet and species: a clear-eyed realist who has not forgotten how to dream. His new novel offers his most audacious dream yet. At the heart of a brilliant narrative that stretches from Renaissance Italy to the moons of Jupiter is one man, the father of modern science: Galileo Galilei.

To the inhabitants of the Jovian moons, Galileo is a revered figure whose actions will influence the subsequent history of the human race. From the summit of their distant future, a charismatic renegade named Ganymede travels to the past to bring Galileo forward in an attempt to alter history and ensure the ascendancy of science over religion. And if that means Galileo must be burned at the stake, so be it.

Yet between his brief and jarring visitations to this future, Galileo must struggle against the ignorance and superstition of his own time. And it is here that Robinson is at his most brilliant, showing Galileo in all his contradictions and complexity. Robinson's Galileo is a tour de force of imaginative and historical empathy: the shining center around which the novel revolves.

From Galileo's heresy trial to the politics of far-future Jupiter, from the canals of Venice to frozen, mysterious Europa, Robinson illuminates the parallels between a distant past and an even more remote future—in the process celebrating the human spirit and calling into question the convenient truths of our own moment in time.