Things are trucking along at SFFWorld , with one of my reviews posted and two from Mark.


I’ll lead of with Mark’s review of the latest novel from Connie Willis - All Clear, which finishes off what she started in Blackout,: 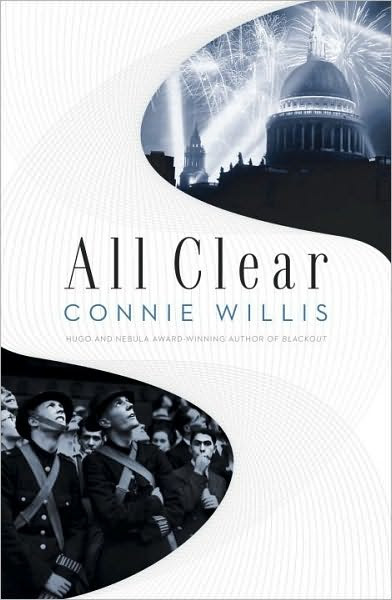 After the cliff-hanger ending of the first part, we get straight back into the tale. There’s a little bit of reminding of what went before (note: do read the first book first!) but pretty soon we’re back into the WW2 dilemma of Polly, Mary, and Mike. This can be a little confusing if it’s been a while since you read Black Out: you really do need to read this as one continuous novel.

The complexities of the time travel element become a little more involved here as the apparent changes in Black Out have their effect. We now find that there is a great deal of slippage: over four years, when the longest previously was about six months. Mr Dunworthy finds himself entering the fray from 2060, Mary finds herself involved with an RAF officer, whilst Mike, in his search for Gerald Phipps, finds himself at Bletchley Park and intermixing with the mathematicians involved in the ultra-secret Enigma code-breaking project. There’s also the welcome return of a character from the beginning of Black Out who has a pivotal part to play in this tale.

My review, also finishes off a larger story, The Evolutionary Void by Peter F. Hamilton: 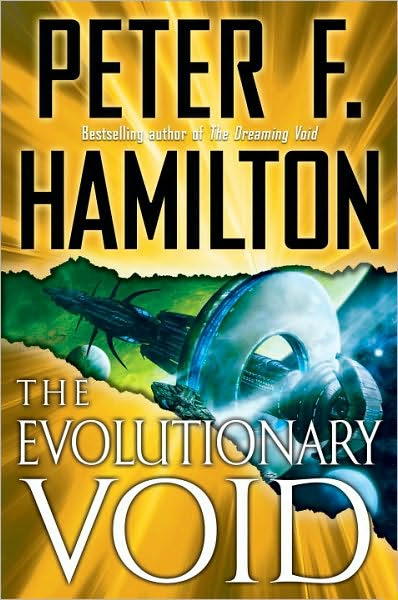 Throughout the three volumes of the trilogy, Hamilton has juxtaposed two societies – the inhabitants of the Void who are of a medieval level society against those who live outside the void in the universe at large. The people outside the Void are divided and many of them find inspiration from one man’s dreams of the world inside the Void, specifically a young, powerful psychic by the name of Edeard, whom people have anointed the Waterwalker. A religious movement, The Living Dream, has arisen and is looking to make a pilgrimage to the inside of the Void. Problem being is the Void is expanding exponentially and threatening the integrity of the universe. In order to prevent the Living Dream from completing its pilgrimage and further endangering the universe, humanity has tried to prevent this religious cult, for lack of a better term, from completing their pilgrimage.

Hamilton continues to jump around the galaxy in his narratives, from Paula Myo’s investigative track, to Araminta’s storyline of continued discovery, to Edeards’ heroic journey of ascension in Makkathran, to the conflict between humans who have and have not chosen a post-physical existence. Through all of it, the most defined narrative for me was Edeard’s story. While Hamilton invested a great deal of time into many of characters, like Myo who has been bouncing around his books for thousands of years and pages, it is Edeard who comes across as the most clearly defined and genuine.

The last review of the day is also Mark’s s review is of a reissued recent classic by Greg Bear, The Forge of God

What these are in actual fact are two spaceships. In the case of the spacecraft crashing in the Californian Mojave desert, there is a dying alien, in its own words, ‘a flea’, hitchhiking a ride with superior beings. In English, it tells its discoverers that it is very sorry to bring bad news but that the Earth is doomed.

The truth is sadly more sinister. What is happening is that the aliens, attracted by radio signals emitted from Earth, have brought with them two ‘bullets’ of neutronium and anti-neutronium that are eating through the interior of the Earth. Their meeting will be the end of the Earth as we know it. Moreover there is the scary realisation that this is deliberate: it is this that creates the matter used to birth more alien spaceships, a force created by a mechanical alien species who look at humans as if they are a lower lifeform. (Saberhagen’s Beserkers are mentioned as a sf-nal reference point.)