With Christmas ‘round the corner, the reviewers at SFFWorld (including yours truly) have, over the past few days, gifted you all with a nice fresh batch of reviews.

I’ll lead of with Mark’s review of Changes, the 12th installment in Jim Butcher's superb and popular Dresden Files: 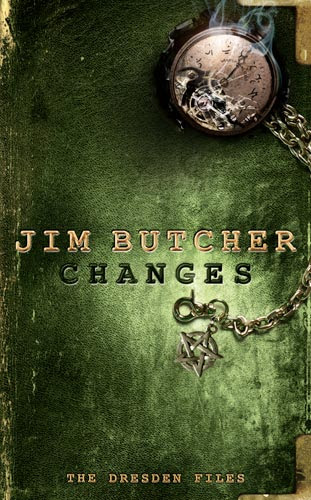 ... as you might expect from previous Dresden’s, Jim does do epic battles well. Here there is an epic battle at Chichen Itza, where Maggie is to be sacrificed, between Harry and his friends and the might of the Red Court. We discover that Arianna’s aim is to sacrifice Maggie in a blood ritual which would release a death curse which would travel up the family tree from the sacrificial victim to all her siblings, then to her parents, then to all their siblings (like Harry’s half brother, Thomas), to the grandparents, to the grandparent’s siblings, ad infinitum.

What works best here is that the book has jaw-dropping moment after jaw-dropping moment. We have the appearance of an ancient God, the emergence of the Red King, and Harry visits the domain of the ErlKing. Most importantly, here’s where a lot of those plot lines previously told comes together: Harry’s past, Harry’s responsibilities, the Vampire-Wizard War, Harry’s friendships.

My review, is of a Darkwar another in an impressive line of omnibus reissues of Glen Cook’s back-list from by Night Shade Books:

Glen Cook is a rare beast of a writer – he can vacillate between military fantasy, space opera, epic fantasy, mystery, and science fantasy with great ease. His writing is often marked by a purity; that he is depicting life in its most real sense, from the thoughts in a character’s mind to the wind rushing across his or her face. Despite the characters in this novel not being human, Cook still pulls off this purity, this realness with great effect

Darkwar is an interesting book and shows a contrast in themes. A traditional story dressed up in different clothing, one might say. In other ways, the setting hearkens to some early planetary romances. As the pages were turning and I was becoming more acquainted with Marika, I couldn’t help but compare her to another harsh protagonist – Hekat from Karen Miller’s Empress. While I was not a fan of that book, the similarities between the two protagonists who appear nearly 25 years apart was not something I could ignore – both ‘heroines’ are easy to anger, easy to dislike, and very strong willed. Only that last character trait could be considered attractive.

Art had a look at a monumental anthology edited by George R.R. Martin and Gardner Dozois in honor/homage to Jack Vance: Songs of the Dying earth by

As for the stories, this collection is a dream come true for anyone who wanted to know more about the Dying Earth that we only get glimpses of in Vance's original tales. Not only is the world's geography more fully explored, but we even get to enjoy more tales featuring Cugel the Clever, Rhialto the Marvelous, Chun the Unavoidable, Turjan, Guyal, and Lith, not to mention twk-men, leucomorphs, pelgranes, deodands and sundry demons. I'd say about half of the stories feature one or more of Vance's characters, while the other half of the stories have completely original characters but are still unmistakably in Vance's world. Of the latter, one story may not feature Rhialto or Ildefonse, but will have bickering wizards with their heads full of spells. Another may not star that rogue Cugel, but will feature characters with bloated egos and dubious reputations. Pervading all of these tales is the entropic beauty of a world nearing its end and the fatalism of its inhabitants who wonder whether the Sun will rise tomorrow. And though many of these authors admit that Jack Vance's writing style is inimitable, they make a praiseworthy effort at mixing Vance's epic tone with the humorous situations characteristic of the later Dying Earth stories.

Mark’s other review, much like the first one highlighted in this post, is the latest installment of a popular and acclaimed series. I’ve read the first couple featuring Miles, so I’ve clearly got some catching up to do. The series is Lois McMaster Bujold’s Space Opera/Military Science Fiction/SF Romance Vorkosigan Saga, Cryoburn: 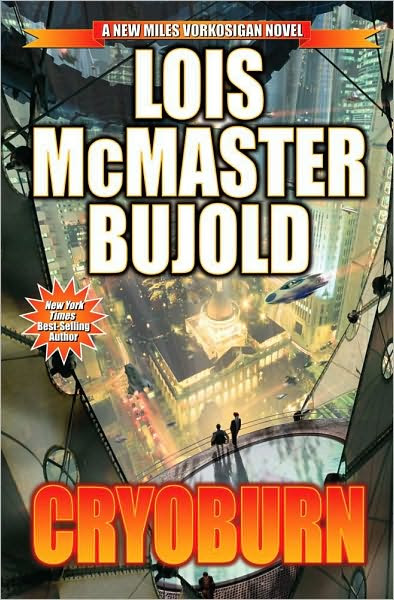 But now we have this new novel, set six or seven years after Diplomatic Immunity. Miles is now nearly forty, still an Imperial Lord Auditor in the Barrayaran Empire, but when visiting the planet of Kibou-daini/New Hope, he has been kidnapped. In just five days Miles now finds himself trying to escape the clutches of people hoping to hold the Lord Auditor to ransom.

So here we have Miles ‘meddling’ again, in events off-world from his home on Barrayar. There’s lots of underhanded political machinations by the cryo-corporations with designs on setting up on Miles’ homeworld, the recovery of Jin’s mother, an activist frozen to keep her out of the way, and attempts to dispatch the off-worlders who interfere with the companies plans.