Only a couple of shipments make up the following post of arrivals. I’ve a feeling Hurricane Irene severely impacted the abilities UPS/FedEx/USPS of getting places. I’ll just say the o’ Stuff household was one of the very lucky ones last week, not just in the State of New Jersey, but the immediate vicinity where we live. 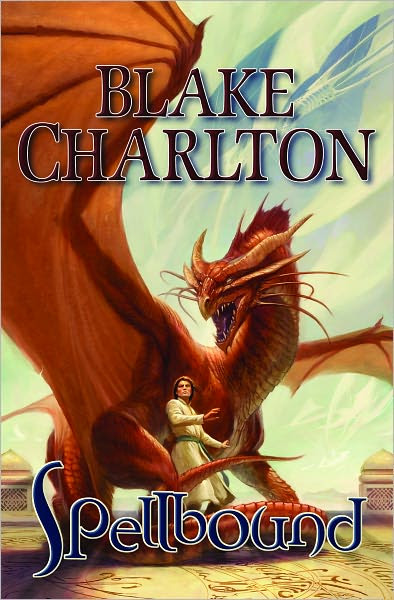 Spellbound (Book 2 of The Spellwright Trilogy) by Blake Charlton (Tor Hardcover 09/13/2011) - I read and enjoyed Spellwright, the first book in the series, last year and hope to get to this one soon. I thought Charlton built up an interesting world and his story showed potential.

In a world where one’s magical prowess is determined by one’s skill with words and ability to spell, Nicodemus is a wizardly apprentice afflicted by a curse that causes him to misspell magical texts. Now, the demon who cursed him has hatched a conspiracy to force Nicodemus to change language and ultimately use it to destroy all human life. As Nico tries to thwart the demon’s plan, he faces challenges from all sides. But his biggest challenge is his own disability, which causes him to create chaos wherever he goes. And the chaos surrounding Nico is affecting the world so profoundly that the kingdom to which he has fled to gather strength is on the brink of civil war, and he suspects that his closest allies—even Francesca, whom he loves more than life itself—may be subject to the demon’s vast powers. As Nico tries to forestall the apocalypse, he realizes that he doesn’t know if he can fully trust anyone, not even the woman he loves. And if he makes one wrong move, not only will his life be forfeit, he may end up destroying all mortal life as well.

Introducing new twists to the unique magical system of Spellwright, and exploring issues that will bring readers a deeper appreciation of a fascinating world, Spellbound is sure to please Blake Charlton's fans and increase their number. 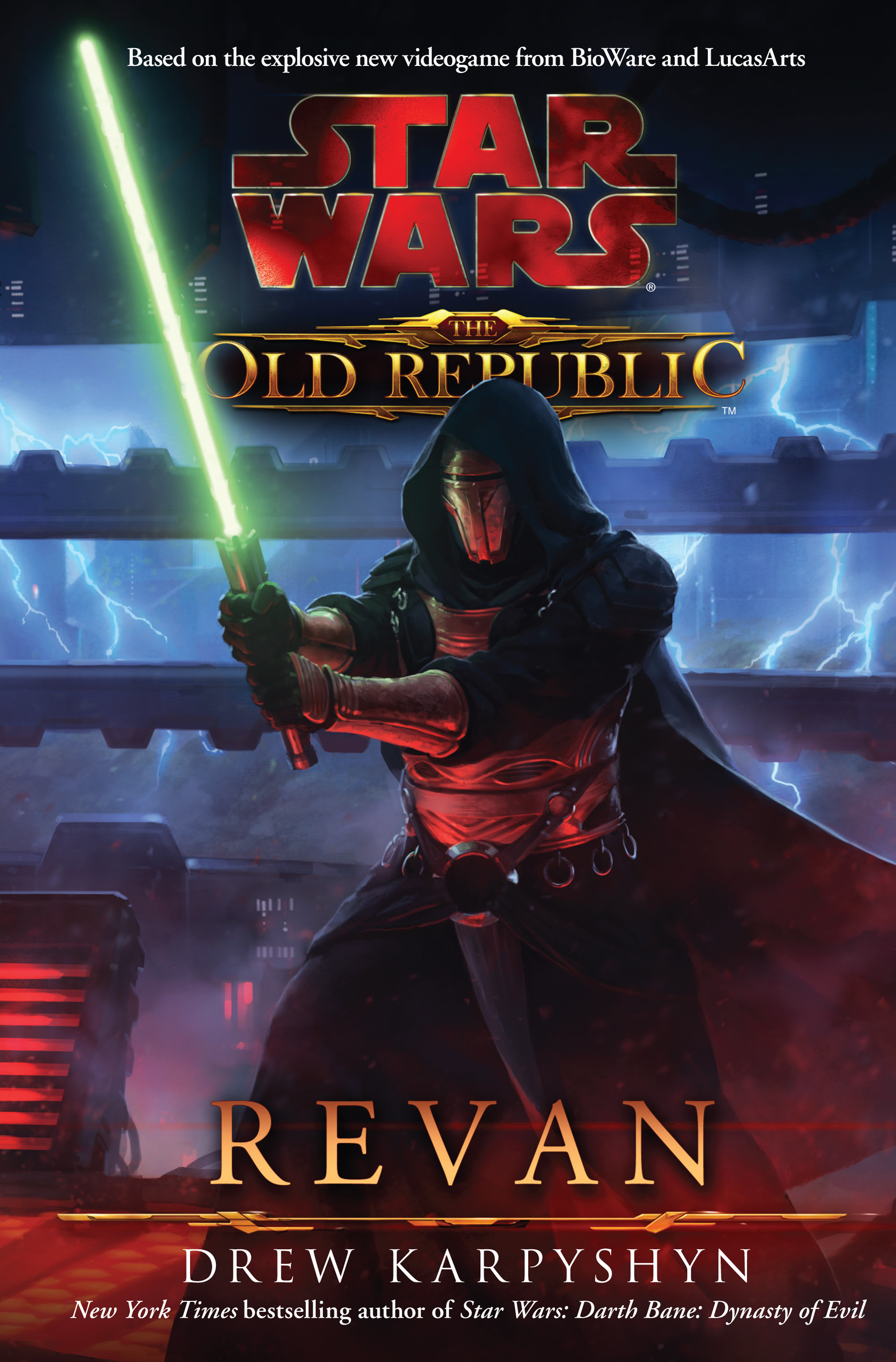 Revan (The Old Republic 3) by Drew Karpyshyn (Del Rey/Star Wars Books Hardcover 11/15/2011) –Considering Karpyshyn had a big hand in crafting the early early days of Star Wars in the Knights of the Old Republic games, I’m a bit surprised it has taken until the third book in the series for him to pen a novel-length story.

There’s something out there: a juggernaut of evil bearing down to crush the Republic—unless one lone Jedi, shunned and reviled, can stop it.

Revan: hero, traitor, conqueror, villain, savior. A Jedi who left Coruscant to defeat Mandalorians—and returned a disciple of the dark side, bent on destroying the Republic. The Jedi Council gave Revan his life back, but the price of redemption was high. His memories have been erased. All that’s left are nightmares—and deep, abiding fear.

What exactly happened beyond the Outer Rim? Revan can’t quite remember, yet can’t entirely forget. Somehow he stumbled across a terrible secret that threatens the very existence of the Republic. With no idea what it is, or how to stop it, Revan may very well fail, for he’s never faced a more powerful and diabolic enemy. But only death can stop him from trying.

Black Dog by K.V. Johansen (Pyr) Trade Paperback 11/01/2011 – Adult debut for an accomplished YA novelist. The combination of something like werewolves, gods-amongst-men and ancient civilizations seems tough to resist. Plus, that cover by Swanland is another beaut’.

Long ago, in the days of the first kings in the north, there were seven devils...

And long ago, in the days of the first kings in the north, the seven devils, who had deceived and possessed seven of the greatest wizards of the world, were defeated and bound with the help of the Old Great Gods...

In a land where gods walk on the hills and goddesses rise from river, lake, and spring, the caravan-guard Holla-Sayan, escaping the bloody conquest of a lakeside town, stops to help an abandoned child and a dying dog. The girl, though, is the incarnation of Attalissa, goddess of Lissavakail, and the dog a shape-changing guardian spirit whose origins have been forgotten. Possessed and nearly driven mad by the Blackdog, Holla-Sayan flees to the desert road, taking the powerless avatar with him.

Necromancy, treachery, massacres, rebellions, and gods dead or lost or mad follow hard on the their heels. But it is Attalissa herself who may be the Blackdog’s—and Holla-Sayan’s—doom. 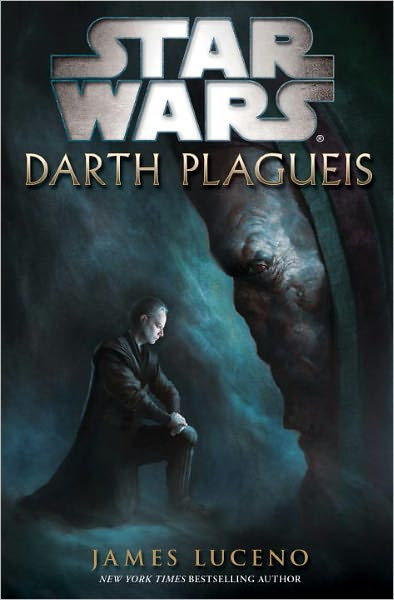 Darth Plagueis by James Luceno (Del Rey/Star Wars Books Hardcover 12/27/2011) – Luceno is one of the more productive, knowledgeable and respected Star Wars writers today. He’s also dependable, which is probably why he was chosen to write the closing novel on the mega-saga The New Jedi Order, pen the definitive Millennium Falcon novel, chart Darth Vader’s rise to power, and now, to tell the legend of one of the most powerful Sith Lords.

He was the most powerful Sith lord who ever lived. But could he be the only one who never died? “Did you ever hear the Tragedy of Darth Plagueis the Wise? It’s a Sith legend. Darth Plagueis was a Dark Lord of the Sith, so powerful and so wise that he could use the Force to influence the midi-chlorians to create life. He had such a knowledge of the dark side that he could even keep the ones he cared about from dying.” —Supreme Chancellor Palpatine, Star Wars: Episode III Revenge of the Sith Darth Plagueis: one of the most brilliant Sith Lords who ever lived. Possessing power is all he desires. Losing it is the only thing he fears. As an apprentice, he embraces the ruthless ways of the Sith. And when the time is right, he destroys his Master—but vows never to suffer the same fate. For like no other disciple of the dark side, Darth Plagueis learns to command the ultimate power . . . over life and death. Darth Sidious: Plagueis’s chosen apprentice. Under the guidance of his Master, he secretly studies the ways of the Sith, while publicly rising to power in the galactic government, first as Senator, then as Chancellor, and eventually as Emperor. Darth Plagueis and Darth Sidious, Master and acolyte, target the galaxy for domination—and the Jedi Order for annihilation. But can they defy the merciless Sith tradition? Or will the desire of...