Three books this fine week here at the o' Stuff, so go on and peruse them.

The Burning Man (Kingdom of the Serpent #2) by Mark Chadbourn (Pyr Trade Paperback 04/24/2012) – Pyr is employing that tried-and-true publishing schedule by issuing a trilogy over a three month period. This is the second in the series which continues to expand upon Chadbourn’s previous Celtic flavored.

After a long journey across the ages, Jack Churchill has returned to the modern world, only to find it in the grip of a terrible, dark force. The population is unaware, mesmerized by the Mundane Spell that keeps them in thrall. With a small group of trusted allies, Jack sets out to find the two "keys" that can shatter the spell.

But the keys are people—one with the power of creation, one the power of destruction—and they are hidden somewhere among the world’s billions.

As the search fans out across the globe, ancient powers begin to stir. In the bleak North, in Egypt, in Greece, in all the Great Dominions, the old gods are returning to stake their claim. The odds appear insurmountable, the need desperate . . . This is a time for heroes. 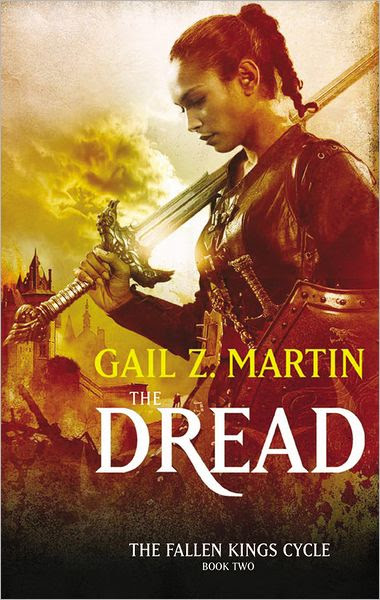 The Dread (Book Three of Fallen Kings Cycle #2) by Gail Z. Martin (Orbit Books Mass Market Paperback 02/01/2012) – Since Martin’s first novel, The Summoner published in 2007, she’s been on a tight book-a-year schedule and she’s grown an impressive base of readers, and jumped to Orbit. This is the second in what seems to be a sequel trilogy to her first trilogy, The Chronicles of the Necromancer.

Still reeling from plague and civil war, the Winter Kingdoms face an invasion force from across the Northern Sea led my a dark spirit mage in the name of ancient, vanquished gods. Summoner-King Martris Drayke and an untested generation of new rulers must stand against an unholy alliance of shadowy invaders. To prevail, Tris must win the uncertain support of the Dread, spirit-beings that stand guard within the sacred barrows over an even more fearsome threat imprisoned within. In the balance lies not only the freedom of the Winter Kingdoms, but Tris’s life and the soul of his young son, whose untested magic might be the biggest spoil of war.

War has come to the Winter Kingdoms. The Dread will rise. Kings will fall.

Summoner-King Tris Drayke takes what remains of his army north for a war he is ill-prepared to fight, as reports from spies confirm Tris's worst fear. A new threat rises across the sea: a dark summoner who intends to make the most of the Winter Kingdoms's weakness.

In Isencroft, Kiara's father is assassinated and she will now have no choice except to return and claim the crown. But she must leave behind her husband and their infant son to face the dark power that threatens her rule.

THE DREAD is the epic conclusion to the Fallen Kings Cycle. 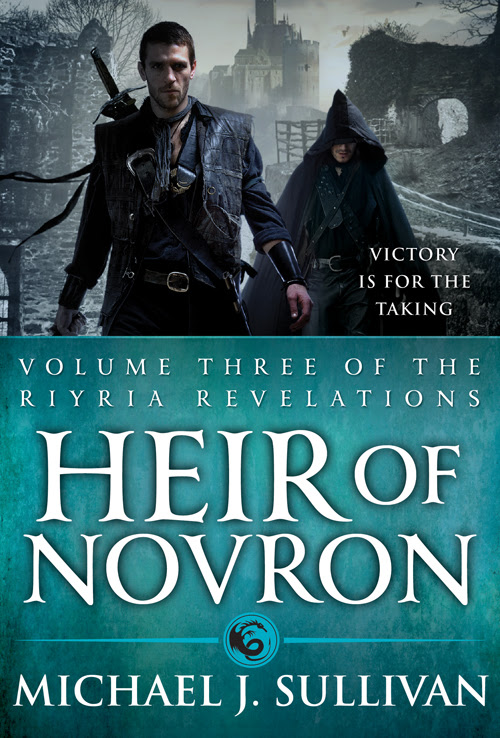 Heir of Novron (Riyria Revelations Omnibus #3) by Michael J. Sullivan (Orbit, Trade Paperback 01/31/2011) – This one arrived the day before I posted my review of Rise of Empire, which I liked a lot and I thoroughly enjoyed, the first OmnibusTheft of Swords. I recently interviewed Michael for SFFWorld.

The New Empire intends to mark its victory over the Nationalists with a bloody celebration. On the high holiday of Wintertide, the Witch of Melengar will be burned and the Heir of Novron executed. On that same day the Empress faces a forced marriage, with a fatal accident soon follow. The New Empire is confident in the totality of its triumph but there's just one problem-Royce and Hadrian have finally found the true Heir of Novron---and they have their own holiday plans.

When author Michael J. Sullivan self-published the first books of his Riyria Revelations series online, they rapidly became ebook bestsellers. Now, Orbit is pleased to present the complete series for the first time in bookstores everywhere.

Rage of the Dragon (Dragonships of Vindras #3) by Margaret Weis and Tracy Hickman (Tor, Hardcover 04/12/2012) – Through their DragonLance and Darksword sagas this author team helped to introduce me to the genre in the 1980s. introduced This is the third book of their latest collaborative effort – a six book series.

From New York Times bestselling authors Weis and Hickman comes Rage of the Dragon, the action-packed third book in their Dragonships fantasy series.

Skylan Ivorson is the gods-chosen Chief of all Vindras clans. But the gods from whom the Vindrasi draw their earthdwelling power are besieged by a new generation of gods who are challenging them for the powers of creation. The only way to stop these brash interlopers lies within the Five Bones of the Vektia Dragon—the primal dragon forged during the creation of the world—which have been lost for generations.

With the Gods of the New Dawn amassing a vast army, Skylan finds allies in former enemies. Calling upon the ogres to fight their common foes, the Vindrasi soon find themselves in the middle of an even larger war. Skylan and his Vindrasi clan must sail the Sea of Tears into the heart of the Forbidden Empire of the Cyclops, to implement a cunning yet delicate plan that risks his life and leadership at every corner. But a new enemy lies deep in the sea, one who draws upon powers never harnessed by land dwellers.

Master world-builders Margaret Weis and Tracy Hickman, who have entertained generations of fans with the Dragonlance series and the Death Gate Cycle, prove they’re at the top of their game.
at 1/29/2012